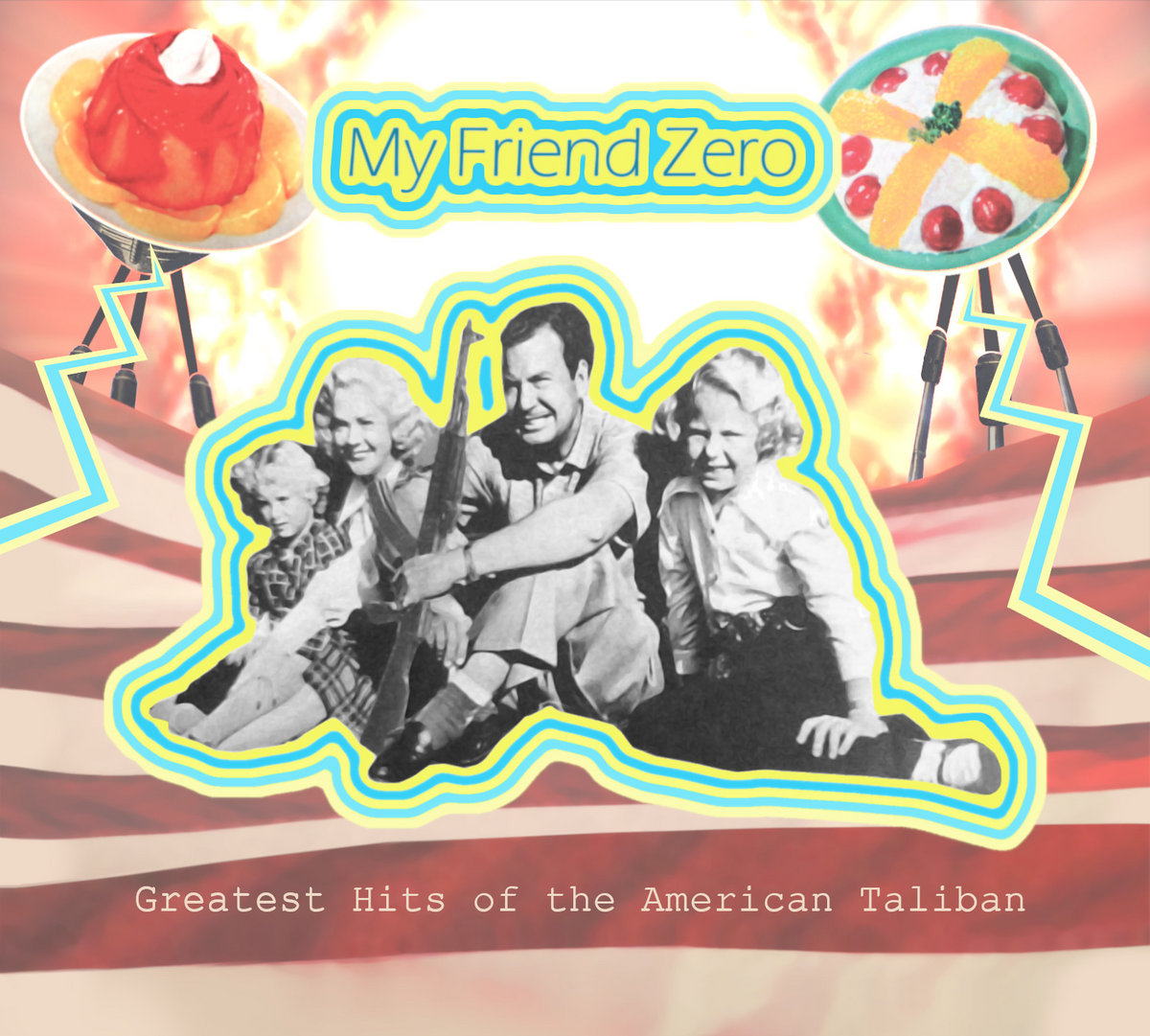 My Friend Zero | Greatest Hits of the American Taliban | Self-Released

My Friend Zero
Greatest Hits of the American Taliban

My Friend Zero is a sci-fi, indie rock trio from Salt Lake City who draw inspiration from the more tumultuous parts of life. Topics such as climate change and social justice fueled the group to create a hard-hitting and fast-paced debut album, Greatest Hits of the American Taliban, to express their frustration with what’s wrong with the world.

Hearing the title of the album will probably surprise listeners initially, but knowing the motivations behind the album make it more clear. Greatest Hits of the American Taliban provides commentary on the political unrest facing the country and the frustrations many of us reasonable citizens feel on a daily basis. It’s a call to action to change the future. “There is so much ambivalence these days regarding threats like climate change or white-national extremism, even though they’re ticking time bombs,” says vocalist Ian Sherar on the group’s Bandcamp page.

The album starts out energetic with “Call of Cetus.” Upon pressing play, My Friend Zero greet listeners with guitar feedback followed by a chugging rhythm. Once the drums come in, you’ll start to tap your foot to the beat. The tune calls to listeners, a siren song beckoning to continue tuning in to the journey the rest of the album will take you on. The song is melodic and builds as it plays. When the vocals come in, Sherar sings, “The wall is solid now / to keep us safe and sound from the water / to banish all doubts of our grandeur.” The imagery of the water paired with the melodic tone of the song draws you in, making you wonder what will happen next.

As the album continues, things tone down a little, and we get more clean guitar and simpler beats. The subject matter doesn’t tone down though. “Center of the World” starts out cheerful with clean guitar strumming and a keyboard synthesising behind it, but it hits you with metaphors leading up to a plain-as-day message about not being the center of the universe. “You are not the center of the world / Rise above your ego,” Sherar sings. “Our lives are just like stories / farcical rental memories / passed down through our cells / just like a cult religion.” Similarly, “Sorest Loser” sounds cheerful as it opens with an upbeat guitar lick and pounding drums. Once you listen closely to the lyrics, you’ll find a cynical take on the world, especially the political sphere. “I am the czar of manufacturing consent / I get to pick your choices / You’re welcome in advance / Don’t talk about it! What?” The song also mentions Ralph Nader hopping into a pink Corvette and Bernie Sanders in a pink bow tie, so it’s quite the journey.

Overall, the sound of My Friend Zero’s Greatest Hits of the American Taliban is a fun and grumpy outlook on the crazy world we’re living in. They take heavy subject matter and fuse it with sounds reminiscent of ’90s and ’00s indie rock. With the journey we all endured in 2020, it makes sense to turn those turbulent feelings into a fun ride for listeners to go on. A dash of weird, a sprinkle of cynicism and a whole bunch of sarcasm make this album a worthwhile listen. –Emilee Atkinson