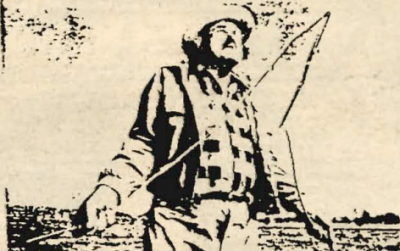 This tape should be called Heavy x 9—ultra mosh material from a gang of Utah County misfits. Some incredible production touches. At its best, it sounds like Descendants done right, at its worst it sounds like Anthrax done wrong. Still, they sound better than a lot of nationally-known bands. The Yodelers are at their strongest when they combine skull-hammer sonic assault with pop sensibilities. The charm wears thin by the second half of the record, and things start sounding “samery.” Still, this is a blistering salvo from a band I’ve known and admired for years. I recommend any Bad Yodelers product out of sheer idolization. I only wish they’d get a full time singer and play live more often.

Better Way
A path To Take

I don’t know if this is the path many people want to take, and it’s easy to spout straight edge rhetoric before you’re 21, but what can’t be denied is the ruthless enthusiasm and conviction of the tape. I don’t know where this was recorded, but it sounds plenty sincere and has a dose of energy that all Salt Lake bands could learn a lesson from. A valid document from what could become an important local band.

A lot of what’s been done here has been done before and better. Really big sound out of Ken’s little A-frame. I can’t really get excited about this tape although their version of “Sunshine of Your Love” is the best comedy track since the Bad Yodelers covered “Borderline” by Madonna. Epic vocals. This tape is not for the meek.

Well, I guess someone had to do it. Someone had to review this record and boy, is the pressure on to say something nice. Fortunately for me, this is a great record, so my job is easy. The Stench have been one of the best bands in the West and their first full length effort only adds to their legendary status. The Stench have a grip on what so many bands lack; that you have to step back and look around before plunging ahead. Not only musically, as in “Peacock,” but metaphorically, as in “Pocket.” The resulting blend of insightful lyrics and excellent songwriting is a welcome oasis in a desert of mindless trash. The album comes with a complimentary Stench balloon. My only complaint is that the drums and bass aren’t so good in the mix, pretty flat (and Geoff is doing some cool shit). All in all, an epic effort. Plunge on.