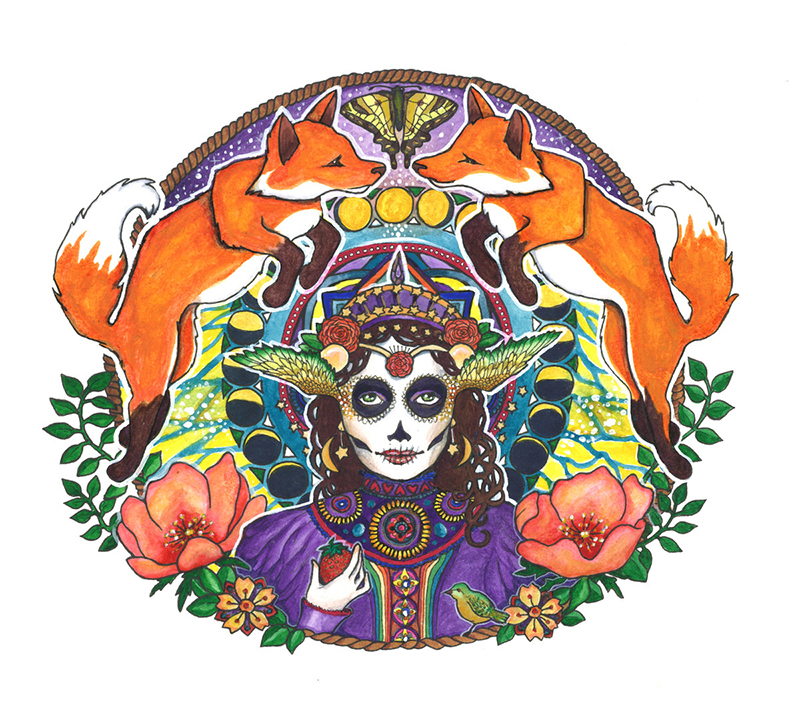 Self-described as “if grunge bands played ‘60s songs” on their Facebook page, and named after a ghost town in Tooele County, Salduro has an artistically inclined sound that cannot be pigeonholed into just one solid genre. The four songs on Longest Night take the listener to four different places in almost – Lonfour different genres, but remain somehow coherent as a single EP. Singer Lyndi Perry has a rock n’ roll–oriented voice that certainly takes after Dolores O’Riordan of The Cranberries, especially in her rich timbre and the fact that she is not afraid to take risks. In “Strawberry Fields,” Perry strains her voice through a bridge, letting her naturally full voice almost crack, creating a controlled chaos in a song that pays homage to musicians of bygone eras.

Longest Night starts off with “Original Sin,” an extremely solid, lo-fi piece that highlights Perry’s voice and creates a dreamy atmosphere, followed by “Nature,” which starts off in a similar fashion and then breaks into a more grunge, harder rock piece towards the end, recalling a Siamese Dream–era Smashing Pumpkins. Despite the lo-fi, ambient vibes, a harder rock sentiment shows through, especially in “Foxprints,” and ends Longest Night on a much heavier note than it started out on. One thing that Salduro does exceeding well is transition from a more ambient, lo-fi feeling to a harder rock sound, though I think there are certain builds that could have used a little more guitar and distortion in order to really create a heavier sound and not feel as bare. However, Salduro is creating a sound that just isn’t common in the local music scene and cannot be easily defined in terms of genre, and in that regard, Longest Night is definitely an impressive first release. –Ali Shimkus