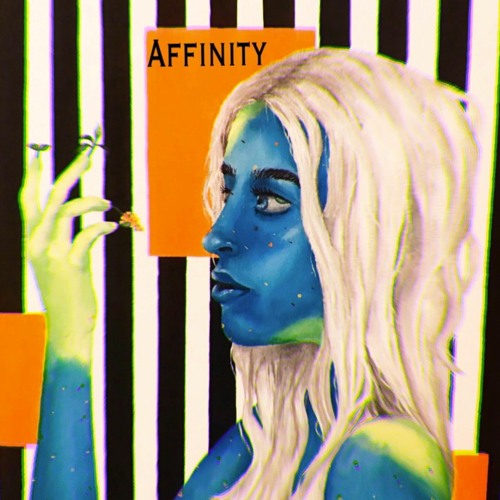 The genre of electronic music stands on a different territory than other genres of music, solely because it relies heavily on beat and repetition rather than lyrics. Saysha’s first full album, Affinity, not only challenges this stereotype but redefines it. The nine-track album made in collaboration with other artists like 4iz, Bubo Vile and Cote has all the makings of electronic music: good beats, stellar moments when those beats drop and even the length of the songs tacks up to the bill with most averaging around 3.5-5 minutes long.

As someone who, in complete honesty, has only a handful of popular electronic songs in her library, I was pleasantly surprised by Affinity. The beats are nice, and overall, it’s perfect to get lost in or have on in the background while completing other tasks. I find that it’s easy to not be able to decipher the differences between tracks in electronic music—one song easily blends into another without a careful listening ear. The crowning jewel of Affinity is Saysha’s powerful vocals and the concept that drives the album.

Affinity, the word, is best defined as sympathy for someone or something. Saysha embodies the definition perfectly through this collection of songs. “Alone,” “Into My Soul” and “Lie” are examples of this—haunting, beat-driven songs with lyrics that demand attention, all while asking listeners to feel alongside Saysha.

But the best song on Affinity is the closer, “Peace of Mind,” and not just because of the spoken word intro and outro. The song is a stark comparison to the others on the album, as it’s upbeat, even positive. It’s reflective, with its main lyric being: “I am all that I need.” The sentiment is repeated at the end of the song and album and leaves listeners wanting to go through the emotional journey all over again—“The sooner you learn that you’re all that you need, the sooner you’ll move on.” –Palak Jayswal