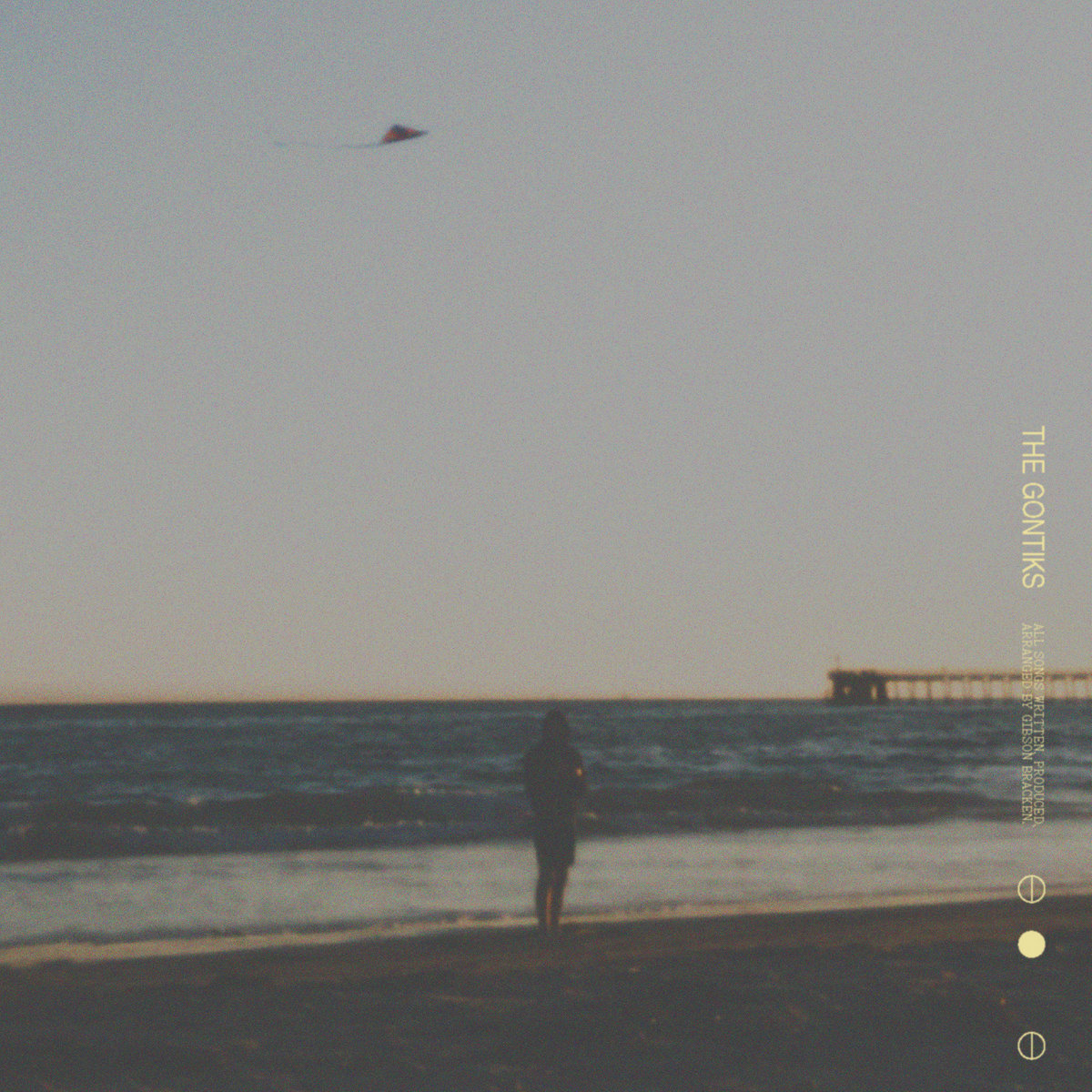 Gibson Bracken is back with his project The Gontiks’ first full-length album, _._. It catches the same soft electronic tunes that Bracken has previously held within his music. The piano that was the core sound in his EP ._ _ is nowhere to be found, and, quite frankly, it’s not needed to keep up the relaxing vibe that this album captures. There are nine tracks to be found—four of them are fun synth experiments and the other five show off both vocal and songwriting skills.

“_._” kicks off the album with the blurriness of autotuned vocals and has the ambiance of the wind blowing through your hair with its melancholic tone. The series of the “D 10/1–4” tracks in the album are short and tight experimental trails that run smoothly within the album. They slide in with each track, and each one involves either palpating heartbeats, riveting glissandos, ratchet noisemakers or psychedelic thumps and bumps caught in between. It’s an impressive composition tool and sets the album up for listeners to want to continue listening.

Bracken’s voice comes off soft in the track “Undone,” while in “After Hours,” his voice comes off angrier, almost as a rap, as he spits out, “That shit’s lame.” “D 10/4” sits you in with synths circling back and around you, taking you on a trip of Tron with the words “Let me go.” Bracken ends the track before it easily transitions into “idk,” a track that’s filled with faint synth cut-ups and showcases Bracken’s vulnerability about not knowing who he is as a person, which I think many people can relate to. “I don’t really know / Who I am today but I chase that feeling day to day / Feeling fine,” he sings, highlighting the bittersweet nature of identity crises.

I found “D 10/3” to be the most intriguing piece on the album. It features the noise of the ratchet near the end with vibrations that make it feel as though an animal is baring its teeth at you. It shows how experimental The Gontiks can get and it left me wanting more, as the track only runs for 30 seconds. “Talk w/out Speaking” closes the album with hollow synths that follow you through the entirety of the song. What sounds like a duck laughing reeled me in. It’s the track that brings everything together in form.

This album shows the growth of The Gontiks, and it’s a good one at that. _._ is an album that lets a listener sink in with the calmness of it and perks up the ears with the different sounds that The Gontiks has managed to create. If you want to get lost and think about life while listening to some interesting pieces, this is the album to do it to. –Kimberly Portillo