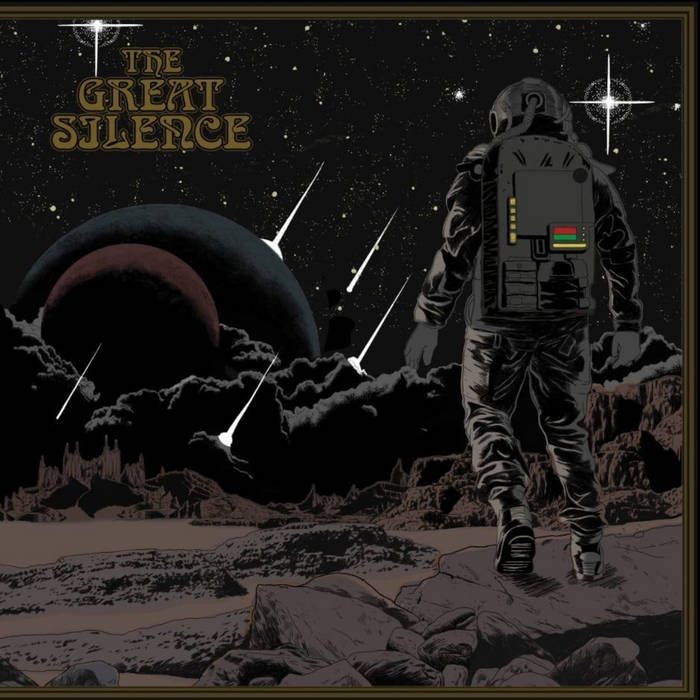 Self-Released
Street: 7.10
The Great Silence = Explosions in the Sky + Pelican

Post rock is such a wonderful slice of the music scene these days. There are so many good bands out there that don’t get the love they deserve, and I feel that it’s an underappreciated genre. I once read that post rock is rock n’ roll instruments used to make music that isn’t rock n’ roll, and I can’t really sum up The Great Silence’s sound better than that.

Now, I had the great pleasure of reviewing the band’s first LP, Terra Incognita. Before I jump into my deeper thoughts, I have to say that this album is probably the best local offering I have ever reviewed. The quality, both in production and instrumentation, as well as the sound being right up my alley, made listening to this a delight.

All four members of The Great Silence seem in sync, and they are extremely tight across the album. There are ebbs and flows, high and lows, light sections and heavy ones in each track, almost formulaic, but for the unique guitar work the gets, and earns, the spotlight near the end of each song. Never during the album were the shifts in dynamic contrast ill-timed or completely out of nowhere. Each track begins slowly and calmly before gradually building to the culmination of emotive instrumentals. I often picture stories in my mind while listening to good post rock, like it’s a soundtrack. Often there is a protagonist, who is me in some aspect, dealing with some sort of adversity, usually applicable to whatever struggle I’m wrestling with, which starts small and ends with a bang. The tracks on Terra Incognita made my visualizations very easy to conjure. I absolutely loved it.

Bassist Rachael Wright does an exceptional job of delivering a pulse to the album, beginning with the opener and finally beneath the powerful ending of the album. Jason Fairclough lays out a tone with the drums that lets the listener know the magnitude of the moment, particularly on “Anomaly” as it speeds up heading into the crescendo.  Both Todd Garcia and Eric Smith shred on the guitar when the tracks peak and also are quite good at rocking one to sleep during times when the music is more subdued. The guitar work on the latter half of the album’s third track, “Fragments,” was exhilarating to say the least. This outfit is legit, highly polished and capable of big things. Post rock is very good live, and Terra Incognita sounds like a dream. I can’t wait to buy a ticket when that becomes a thing again. –Billy Swartzfager