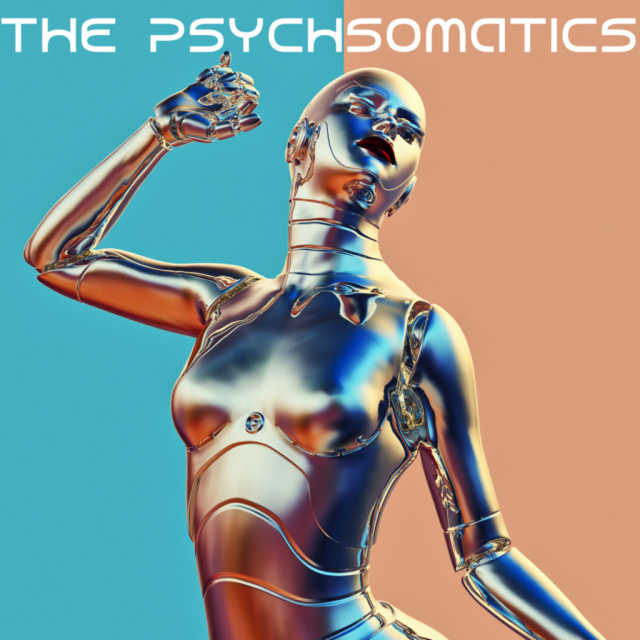 The Psychsomatics | Seams of Expectation | Self-Released

The Psychsomatics
Seams of Expectation

If the sounds on Seam of Expectation had a physical embodiment, it would be swimming. You’re underwater in a pool, looking up as the light dances across the surface. It seems so close, so you reach up, missing a few times before you suddenly break through.

The album has only nine songs but clocks in at 47 minutes, and I couldn’t be happier about it. The longer length of the tracks—over seven minutes at the max—allows The Psychsomatics to grow their sound, letting it warp throughout the listening experience. Given that I love psych-rock bands like the Grateful Dead who are known for their 20-minute-plus jams, I might be biased. Even if that’s not your thing, I seriously urge you to give Seams of Expectation a try. Fluid-changing sounds keep the entire album moving underneath my fingertips, and allow for evolution within each song itself.

“Alien Friends” opens the album and, while it’s a tough choice, might be my favorite song. It starts mellow, deep underwater, as we sink further into the pool. Bursts of bubbling electronics are layered over vocals with a robotic grit. While the lyrics are sometimes lost in the fuzzy world that The Psychsomatics create, it’s easy to feel the betrayal in lines like, “She came to you / I can’t believe I came to you in confidence.” It feels as if this song is the realization of betrayal, and nothing illustrates how hard that process can be better than three-quarters of the way through the song; just when you think you’ve accepted it and become comfortable in the sound, The Psychsomatics pick up the pace and introduce some serious guitar. The vocals, repeating “And I’m stuck / I guess that’s just my life,” carry over everything, but that’s not the best part—this desperate ending of “Alien Friends” crossfades perfectly into “Descend 2 Rise.”

Already, this track is much more energetic at the start. With exciting guitar and a cymbal-heavy drum line, “Descend 2 Rise” has a different feel but doesn’t lose the psychedelic influences The Pyschsomatics seem to love. Lyrics like “I tried to caress you / I tried to impress you / I tried everything that you wanted me to do,” paired with “You’ve got me floating,” create an exasperation that meshes well with the gritty, synthed-out electric guitar and crashing drums. Still, the song never devolves into true chaos and doesn’t sound disorganized at all. “Descend 2 Rise” gives “Alien Friends” a serious run for its money as the album’s standout track. It clocks in at a whopping 6:24, and the energy within it changes beautifully: What starts off strong and fast slowly merges into a more psychedelic, melty sound, coming in for a tapered-off ending that makes me think of the exhaustion that comes after being so angry for so long.

While the first two tracks are my absolute favorites, the rest of the songs still have their respective homes on one of my many playlists. “Darkness of the Sea,” the longest track, is far from boring as it continues to switch between mellow, warping vocals and a great rock sound; at one point even introducing a saxophone! “Phase Her” suggests a Tame Impala comparison—if you listen to the way these vocals are layered, you’ll get it pretty quickly.

“Canyon” closes off the album in a high-energy burst of sound, complete with more crashing cymbals, some epic drums and gritty fast guitar. The delivery of the repeated lyric “I think I’m losing my fucking mind” cements the underwater aura. In the last minute and a half of this closer, the vocals flip-flop between resigned statements and screamed cries, all while synths add a subtle depth by distorting the lyric. The image of swimming toward that oh-so-close surface is all I can think about, and when the tension is finally released in one last cry only to dissolve into a synthy fadeout, I know we’ve finally made it to the other side. –Alexis Perno