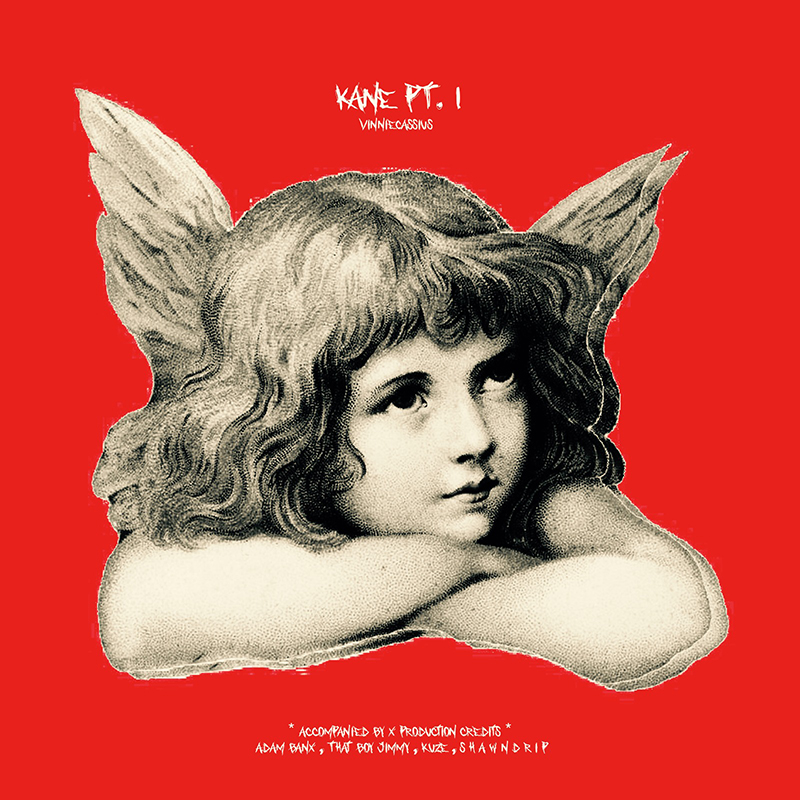 Local rapper vinniecassius is back with his latest EP, KANE PT*1. Each song holds its own, bringing the right amount of flavor and continuity, painting a full picture of Cassius as an artist.

The EP as a whole feels contemporary. Cassius does a great job at combining trap rapping and beats with his knack for melody. Well-mixed bass sounds slap throughout the songs, paired with classic, cloudy synths that are in vogue these days. Still, despite the modern nuances, Cassius sets himself apart with his vocals and his ability to navigate a beat. Throughout nearly every song on the album, he casually switches up his style, using pitch-shifting and reverb effects, as well as a variety of flows and vocal cadences to keep things interesting.

The intro to the EP (which is a bit strange that there’s an intro since it’s only four songs long) has a well-crafted switch up. Halfway through the song, Cassius pitches his voice down, growling, “Eyes bloody red / Can’t feel my face / Man I feel godly,” bringing to mind old A$AP Rocky verses. “neon blu x nightmare” also has a fantastic array of unique vocals in it, with Cassius rapping in a rude boy style, using vocal tones that make him sound almost Jamaican.

Content-wise, Cassius’ lyrics center around typical rap themes. He flexes frequently, flaunting his talent, writing a love letter to weed and women, all while explaining his flawless drip. There is nothing wrong with lyrics like that, in my opinion. Cassius’ use of tonality and effects makes his voice and lyrics less about the content and more about the style, acting as an instrument more than anything else. However, multiple times during the EP, Cassius starts a verse or a hook with “bitch I’m,” which becomes a little tedious, especially when two songs in a row begin with that word pairing.

In terms of production, the EP is very strong. Cassius chose beats that work well with his style, curating a simple yet powerful mood, bringing relaxing yet energetic summertime vibes to the work as a whole. The final song on the EP, “potential,” has a stripped-down beat with a quick-hitting bass sound, reminding one of cutting-edge producers like Kenny Beats or ChaseTheMoney.

If he continues to make music of this caliber and comes out with a high-quality video or two, Cassius has nowhere to go but up. Be sure to give this EP a listen, and look out for more releases from him in the future. –Taylor Hartman