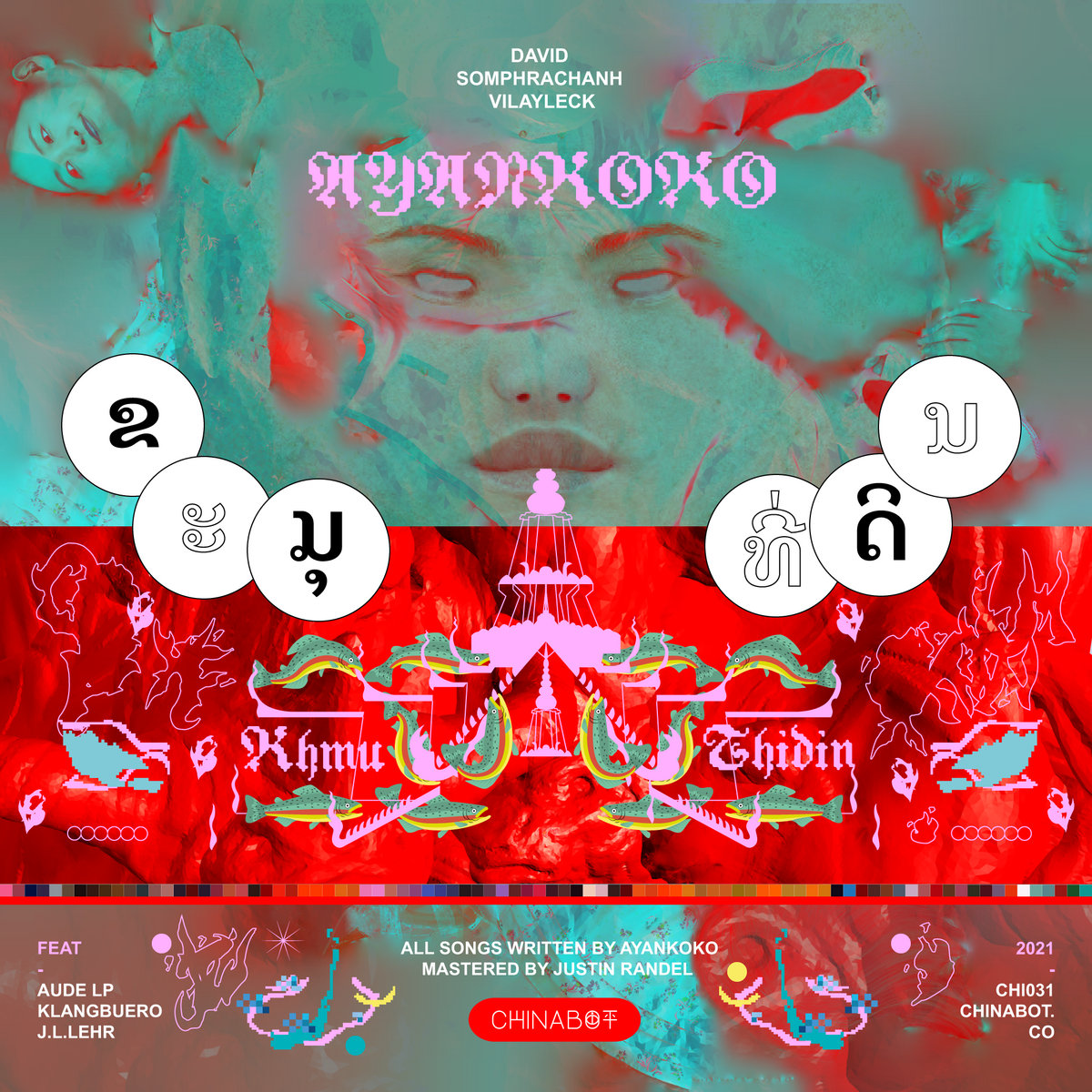 “Khmuland,” the electrifying second track from Ayankoko’s Khmu Thidin, oozes more exuberance than any other track on the 67-minute album. Synthesizer progressions fit for alien joyrides glisten across a thumping drum beat, shining with neon-noir suaveness and funk. As the track progresses, Ayankoko further deconstructs the already-glitching beat into a shell of its former self—the danceable pulse stuttering and shambling into something more cerebral. The track’s real-time deconstruction stands as an explosion from which the remaining 19 cuts descend like individual shards, each one an unpredictable offshoot of Ayankoko’s greater vision.

Many of Khmu Thidin’s 21 tracks do feel like blasts of errant molten rock—searching sound experiments and one-off statements running around two minutes or less. In these tracks lie Ayankoko’s noisiest outbursts (“Gravitational Waves” and the annihilating “Dead Zone”) and his most head-scratching guitar treatments (the scrawl of distorted plucking on “Lonely Rain”), as well as fragmented hints of the album’s more structured cuts (the shared acoustic fusion textures of “Lala Kondichi,” “Desert Storm” and the more expansive “Heartbeat”). Ayankoko reaches greater heights of cohesion elsewhere, but these bite-sized tracks act as sacrificial explorers battering away at boundaries to provide Khmu Thidin with as much creative space as possible.

Interspersed between these flashes of experimentation stand longer, totem-like tracks that provide the album’s grandest statements. Though not wholly conventional, Khmu Thidin’s four-, five- and six-minute cuts do exude more control and intentional direction. The wide-eyed energy of “Chap”‘s breakbeat IDM undergoes endless rhythmic metamorphosis over its four-and-a-half minutes, while “Muang Xeun” drags a vocal sample through ghoulish effects for a lamenting, avant-electronic odyssey. Especially on the winding “Nobody” with saxophonist Klangbuero and vocalist Aude LP, Ayankoko imbues his music with a noticeable sense of stature. The track’s sputtering beat heaves like a beast in heat, tumbling along its distorted drums while Klangbuero spins circles of yarning sax improv around Aude LP’s revolutionary-leaning spoken word for an exhilarating splash of extended group improv.

Khmu Thidin may present itself as an unconquerable mess on the surface, but such a view negates both the intentional and seemingly subconscious cohesion at the heart of Ayankoko’s music. The producer laces this scattered collection with a handful of subtle calling cards—rockist grooves on “Khmuland” and “Don’t Forget the Pentatonics,” a hymnal-like approach to harmony on “Les voix célestes” and the calming closer “Skinny Cat,” a playful relationship with noise’s grandiosity on “Dude” and “Brain Sheep Frequency.” Within this labyrinthine album sit certain signposts and territorial markings, as if the artist can point to a distinct patch of goo in a sea of orange, pink, green and purple blobs and firmly state “that one’s mine.” –Audrey Lockie