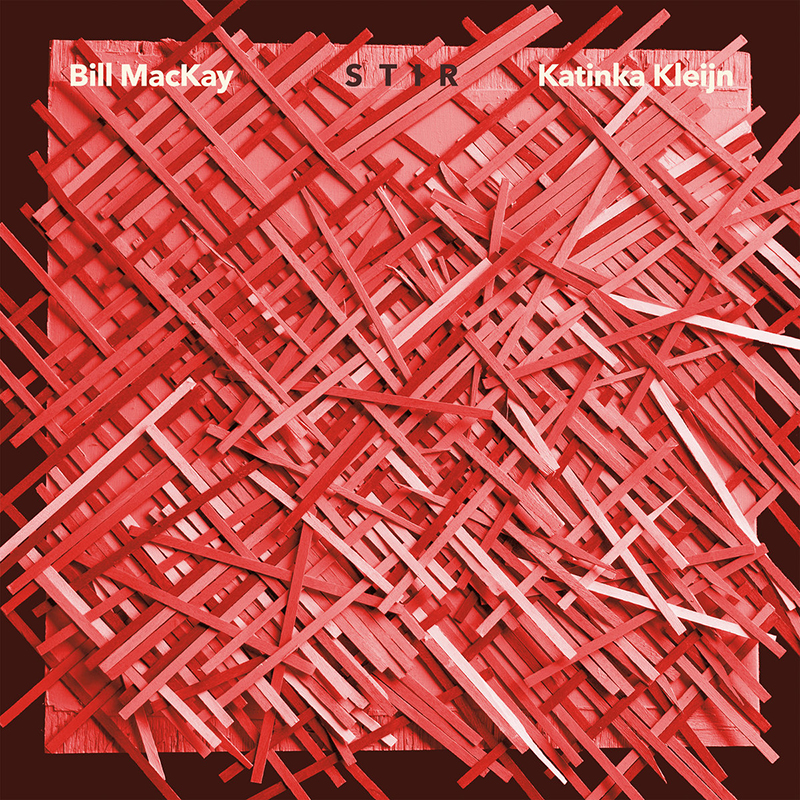 On Drag City’s latest, the Chicago based duo of electric guitarist Bill MacKay and cellist Katinka Kleijn come together for a record of spell-binding improvisations rooted in the sounds and structures of folk music. Aside from offering one of the most pleasing timbral combinations imaginable, STIR is a thoughtful exploration of the meeting point between Americana and the avant-garde. Rather than present a record of experimental music with a folk tinge or folk music with experimental qualities, STIR feels committed to both, such that they merge into a sound unto its own.

The harmonies and emotions of American folk music lie underneath the music, always present but threatening to be lost by the experimental improv techniques. Modal melodies linger in the air without ever touching the ground, as they do throughout “The Rare Foothold.” MacKay’s jig-like plucking tops the chug of Kleijn’s low-range cello during the track’s midsection, only before the piece deconstructs into a dissonant, single-note call and response. Against moments of pastoral sweetness, the new music side of this duo feels less like a full departure than it does a subtle twist. “No One Here is a Stranger” is the most wholly pleasing track here, but its bouncing, dance-like rhythms are always flirting with room-filling, post-minimalist drones. The track’s conclusion is the one of the record’s closest moments to achieving perfect synchronicity of its two poles.

STIR’s biggest strength is precisely MacKay and Kleijn’s ability to balance these worlds, and often the middle ground—the blurred lines between these areas—result in the richest music. At its best,  the album recalls ’90s classics like Jim O’Rourke’s Bad Timing or Bill Frisell’s Have A Little Faith, where the core sounds of 20th century American folk are turned on their head, celebrated just as much as they are exposed as flimsy frauds. “Door to the Magic Theatre” has traces of a melody throughout, but the track’s shining moment is its middle climax, where an explosive and chaotic improv freak-out magically coheres into a Django-esque bounce before again falling apart. It’s not so much a home-away-home as it is a cyclical journey through disparate parts.

Aided by a single-take structure that lets each track seamlessly transition into the next, the album has a feeling of perpetual motion. While this helps draw the listener in to MacKay and Kleijn’s unique world, it also results in the whole record bleeding together a bit. Without staring at the track list and consciously marking where one composition ends and the other begins, STIR can feel like a dizzying whirlwind. By the time you reach the lengthy penultimate track, “A Series of Doors,” the constant ping-ponging between free improvisation and melodic songwriting can leave your head spinning. Add to this a varied return of the core melody from “Hermine,” and there’s a sort of maddening déjà vu in this closing moment.

Even if a whole listen can be a bit disorienting, the music on STIR is a real triumph. The pastiche of techniques, styles and musical approaches is nothing short of masterful. In less than ten minutes, the tracks “Hermine” and “The Hermetic Circle” cycle through chant-like unisons, microtonal drones, scratchy free improv, minor-key, Romani-inspired folk dances and lush cello melodies. This widespread wandering is grounded by the simplicity of the duo’s sound, allowing STIR’s oddity to come from the strength of its compositional and performative elements. –Audrey Lockie