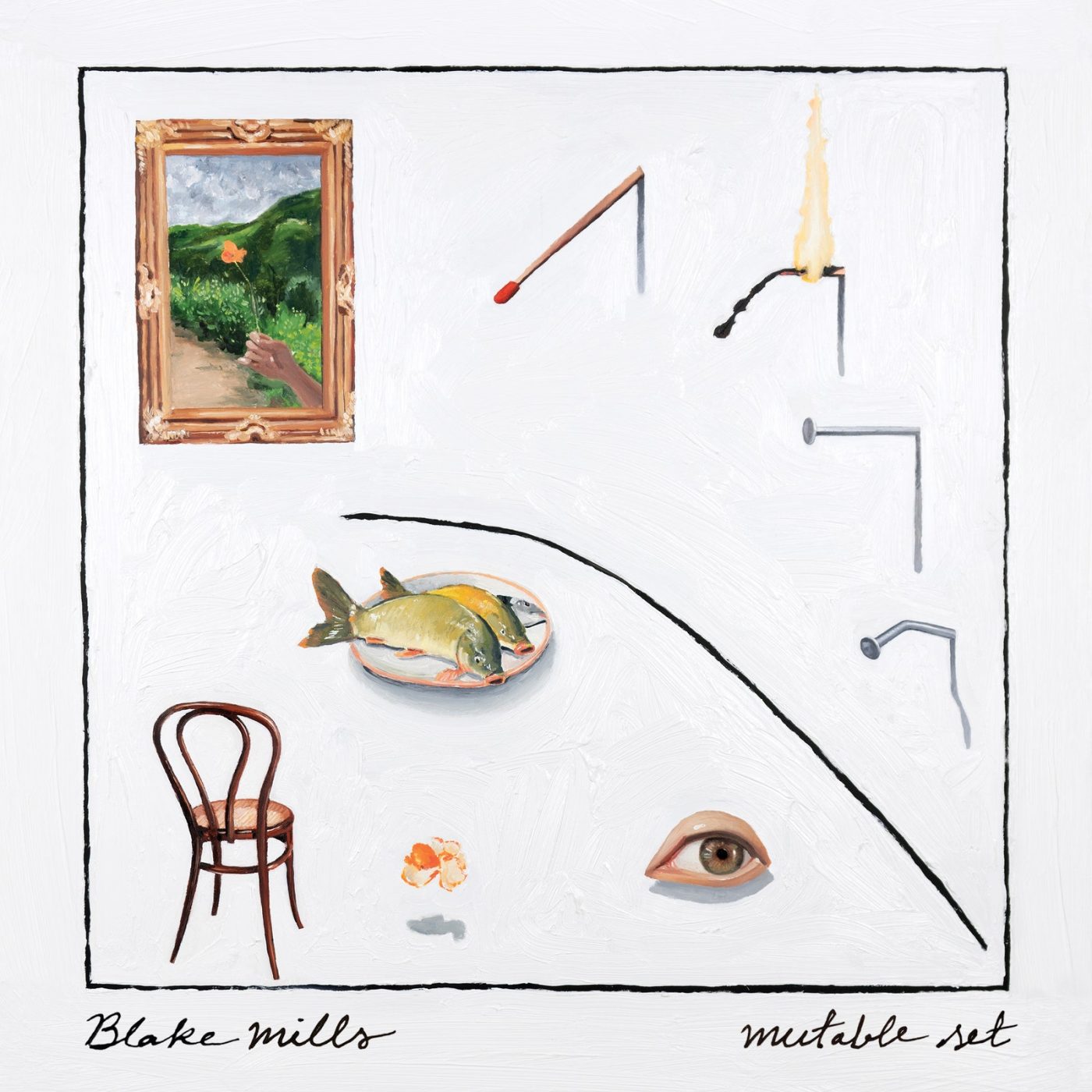 Blake Mills picks up his new album, Mutable Set, precisely where he set down his last release, Look, in 2018. The experience of listening to both albums back-to-back is like transitioning between installments in a long series of fantasy novels. “Never Forever,” the opening track of Mutable Set, begins with the same 1970s-indebted, guitar-synthesizer ambience Mills relied on with Look, and functions as something of a recap, bringing the listener up to speed.

As the track progresses, though, it is quickly apparent that the two albums are not exactly siblings—they may be connected, but they are not sides of a shared coin. One minute into “Never Forever,” Mills begins picking on an acoustic guitar, signaling a dazzling transition away from his drone-filled work into something completely different. It’s an elegant and functional move: Mills is introducing a merger between the instrumental moodiness of Look and the lyrical introspection of his earlier albums, Heigh Ho and Break Mirrors. With Mutable Set, Mills has crafted a career turning point, hybridizing his previous efforts into a polished batch of emotional artistry.

As “Never Forever” emerges from the nebulous fluid of its opening moments, the track maintains a straight and fast path toward crescendo. Mills’ return to his own voice (after stepping away from singing on his last record) comes suddenly with the kind of relief that is unique to the experience of singing again after a period of silence. Fittingly, the lyrics themselves deals with patience and anticipation: “I’ve been waiting in advance / All I’m asking for is a chance / Never’s the right time.” Both Mills’ voice and the guitar’s thumping refrain gain volume in the mix as he works up to an optimistic decree of love, singing, “Never ever, no / Time could sever you from my heart.”

On “Window Facing a Window,” this optimism vacates the premises and isolation takes over as the dominant theme. In the midst of our stay-at-home orders, this haunting and familiar portrait of loneliness is eerie and substantial. Driven by jazzy chord progressions which refuse to resolve, this track is vividly reminiscent of Elliott Smith. “Farsickness” also explores the emotional realm of alienation. Lyrically, Mills reaches for a companion who has long ago left him alone: “Little do I remember / Of what I saw the night we first / Slept inside of one skin.”

There are 11 tracks on Mutable Set, and roughly half of them are bursting with orchestral energy and acute sonic climaxes. Though Mills has managed to create four solo LPs by age 33, the bulk of his notoriety thus far has come as a producer (He was nominated for a Grammy in 2015 for his work on the acclaimed, Best Alternative Album–winning Alabama Shakes album Sound and Color). At times, Mutable Set feels like a business card for Mills’ studio chops. At its best, as on the instrumental track “Mirror Box,” the production is so rigorously layered that the end result feels clean and transparent, rather than complicated. Mills manages to convert intricacy into clarity—it’s sleight of hand at its most intensely gorgeous. Other times, as on the track “Money is the One True God,” the aggregation of vocal effects, keys and synths feels overbearing over the course of a long seven minutes.

This collection does demand a certain quality of attention from listeners, which can become draining during its steadily melancholy closing stages. A third or fourth listen of Mutable Set is likely to be the most satisfying, and a quiet solitary place is probably the ideal listening venue. Each track offers much to pick out and study for those so inclined. As in life, the immense beauty in these songs is discovered through the work of sifting through the quiet moments.

For example, on “My Dear One,” most of the music falls away for a full minute-long bridge. Mills reminds us of his presence with subtle and muted Tracy Chapman–like strums on the electric guitar. When the rest of the instruments return, the pay off is yet another deeply moving end-of-song wrap-up. First, Mills presents a symbol of sadness, “The sky has grown dark / The sky has grown dark,” before reminding us of the hope in togetherness: “Whistle in the dark with me / Whistle in the dark with me.”

The term “mutable set” belongs to the creative and methodical world of computer programming. A collection of items is considered mutable if it can be manipulated without losing its identity as a set. Add to or subtract from a mutable set and it will go on being, still as much a “set” as ever, flexible and willing to grow or change. Mills has succeeded in embodying the spirit of malleability with his newest group of songs. Within this particular set, dissatisfaction and nostalgia exist alongside invigorating optimism. This variation has allowed Mills to explain his take on the full spectrum of emotional experience. He knows the task of encompassing the entire breadth of feeling is too great, and so he patiently leaves his attempts open, ready for the time when he returns to create yet another magnificent and nuanced piece of music. –Austin Beck-Doss