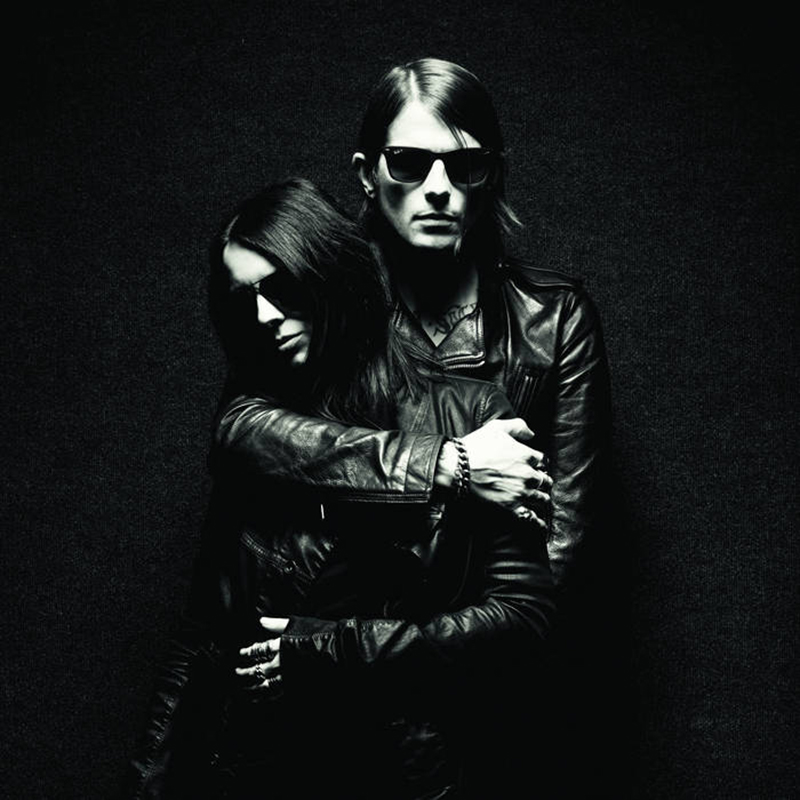 Cold Cave
You & Me & Infinity

For over a decade, Wesley Eisold, who first made a name for himself with hardcore punk acts American Nightmare and Some Girls, has unleashed his brand of relentless electronic music with the aid of Amy Lee under the moniker of Cold Cave.

While musicians may strive to blaze their own trail, few artists are born in a vacuum. Cold Cave are a Frankenstein’s monster when it comes to defining their sound. You could simply call them a post-punk electronic outfit, but that sells them a bit short. Cold Cave aren’t a band living off the fumes of nostalgia. The past is certainly present as Eisold’s baritone vocals fall somewhere between Joy Division‘s Ian Curtis and The Sisters of Mercy‘s Andrew Eldritch, with a hefty dose of lyrical nihilism from The Downward Spiral–era Nine Inch Nails. The music, however, is something of a shapeshifter that pulls influence from different electronic genres and eras, and that’s on full display with their latest release, You & Me & Infinity, a four-track EP.

The proceedings begin with the electronic rumble of the title track, a soaring epic that is a mix of noise and pulsating synths. The sound feels rooted in the dark, mutated and disfigured dance music that came out of Europe in the late ’90s as industrial acts like Evil’s Toy, Covenant and X-Marks the Pedwalk became increasingly interested in packing the dancefloors and goth acts like Rosetta Stone and Clan of Xymox started to adopt a more electronic approach. It’s strangely euphoric despite being built upon a foundation of melancholy. A true “us against the world” anthem.

“Nothing is True but You,” the second track, is an (en)chanted spoken-word duet. Its musical base is a hypnotic grinding of distorted bass and minimal synths floating beneath the vocals. There’s something about the vocal delivery and lyric that makes the song feel like an outtake from The Sisterhood‘s Gift release or a Floodland demo with Lee playing the part of Patricia Morrison.

This is followed by the release’s pop-friendly “Glory,” a previously available digital single with a Power, Corruption & Lies–era New Order vibe that also finds Eisold channeling a bit of David Bowie at his most wistful in both the vocal delivery and lyric. The concept could have gone horribly wrong, but turned out to be the beautiful and unexpected lovechild of “Temptation” and “Heroes.” It’s possibly the most hopeful track the group have ever recorded. It still features a narrative that finds Eisold abandoning his current surroundings, but at least this time he’s not going on alone.

The EP closes with “My Heart is Immortal,” a sister song of sorts to “Nothing is True but You” with the repetitive and cinematic aspects of the witch house genre pushed further into the forefront. It’s the most basic, primal track on the release and echoes aspects of early Soft Cell and late ’70s punk-influenced electronica. It’s the only track that feels like a B-side, rather than a single or featured album track, but I suspect that its rough edges will make it a favorite in certain collections.

You & Me & Infinity is an intriguing 20-minute journey into darkness laced with the romantic hope of happiness found by running away with someone you love. –ryanmichaelpainter