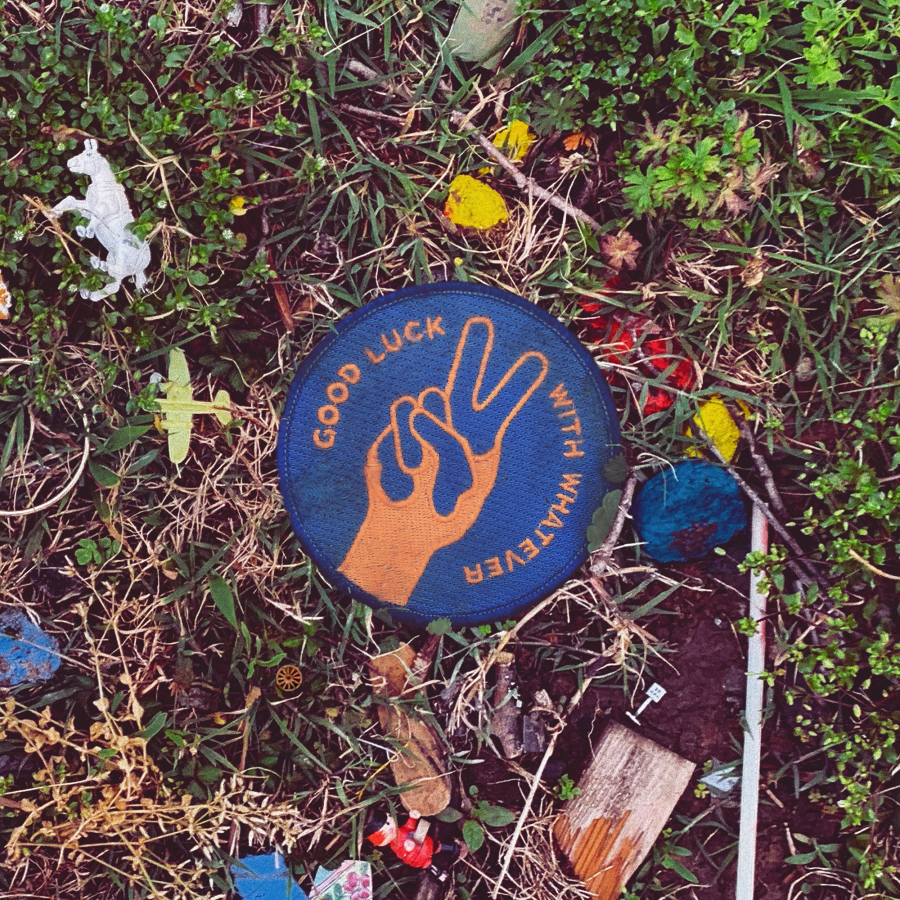 Review: Dawes – Good Luck With Whatever

Dawes
Good Luck With Whatever

At times throughout their discography, Dawes feels like a channel through which Los Angeles-based soft-rock of the 1970’s emerges, mostly unchanged, into the present moment. On their new release, Good Luck With Whatever, the band sticks to this theme, with eight tracks that are thoroughly enamored with a bygone era. And yet, even though the album at first looks and sounds about as exciting as Jackson Browne reincarnated as a tumbleweed, there is enough songwriting skill and musicianship on display to enjoy.

To get the most out of Good Luck With Whatever, listeners just have to accept a certain baseline of worn-out arrangements and brazen cliché. Somehow, this isn’t as difficult to do as it sounds. For sheepishly committed, long-time Dawes fans such as myself, the band usually manages to offset their bland moments with polished, catchy and lightly profound tunes. On their earlier albums, such as North Hills and Nothing is Wrong, this balance was kept in check by a healthy sprinkling of earnest, folk-rock anthems. Good Luck With Whatever does not have the luxury of truly great tracks to hold it up entirely, but scattered moments of clever prominence remain.

Those who have seen Dawes perform live know that primary songwriter, Taylor Goldsmith, chooses to play the role of frontman with a traditional “cool guy” sort of flair. To match the band’s dated sound, Goldsmith seems to think of himself as a throwback rock and roll singer, and much of Good Luck With Whatever explores his experience as such. In “Me Especially,” Goldsmith sings, “As far as I could tell, I was the center of the universe / And every camera’s dream / Till something broke the spell / And I was smashed to smithereens.”

This is basically the central narrative of Good Luck With Whatever: A flawed man comes to terms with maturing past the point of self-absorbed tunnel vision. The narrator in question, which seems to be Goldsmith to some autobiographical degree, is in the middle of a period of growing awareness and reflection. “We’re not as young as we used to be / That goes for everyone, but me especially,” he sings with self-deprecating sarcasm. On “Still Feel Like A Kid,” Goldsmith provides further clues regarding the struggles of the central narrator: “I’m a singer in a rock and roll band, cuz I still feel like a kid.”

Between lyrical episodes about this desperado’s path to self improvement, there are some engaging bits of intricate character study on this album, which is a real strength of Goldsmith’s songwriting. In “St. Augustine At Night,” a gently finger-picked chord progression plays nicely with Goldsmith’s soulful falsetto. The verses contain pleasing metaphors and sharp imagery such as, “I was working at the bait shack, supplying all the fishing tours / Pretty soon I was chartering a boat / My dad said I needed dumb luck and a secret stash of Coors / If I stood a chance at keeping things afloat.” In moments like this, it’s clear that Goldsmith is the sort of songwriter that moves through life attuned to interesting characters and tidbits of conversation. The ability to inhabit characters and build scenes like a novelist is nothing new for Goldsmith, but it feels like an especially redeeming feature on Good Luck With Whatever.

The rest of the band, which includes Goldsmith’s brother Griffin on drums, do their part to provide the reliably tight sound that Dawes has always possessed. It’s not an album of outstanding solos like some of their past work, though Lee Pardini’s piano contributes charming flourishes throughout.

“None of My Business” sounds like Warren Zevon, and the chorus of “Free As We Wanna Be” is a Tom Petty clone. If Dawes lacked either their confidence or their ability to write the occasional masterpiece, they could have been the greatest soft-rock classics cover band of all time. At this point, they’re so closely relying upon their influences that the original aspects of the music are sometimes lost among the banal. Good Luck With Whatever is a bit stale, but with their collective skillset and Goldsmith at the helm, Dawes are still teeming with tactful rock and roll. –Austin Beck-Doss