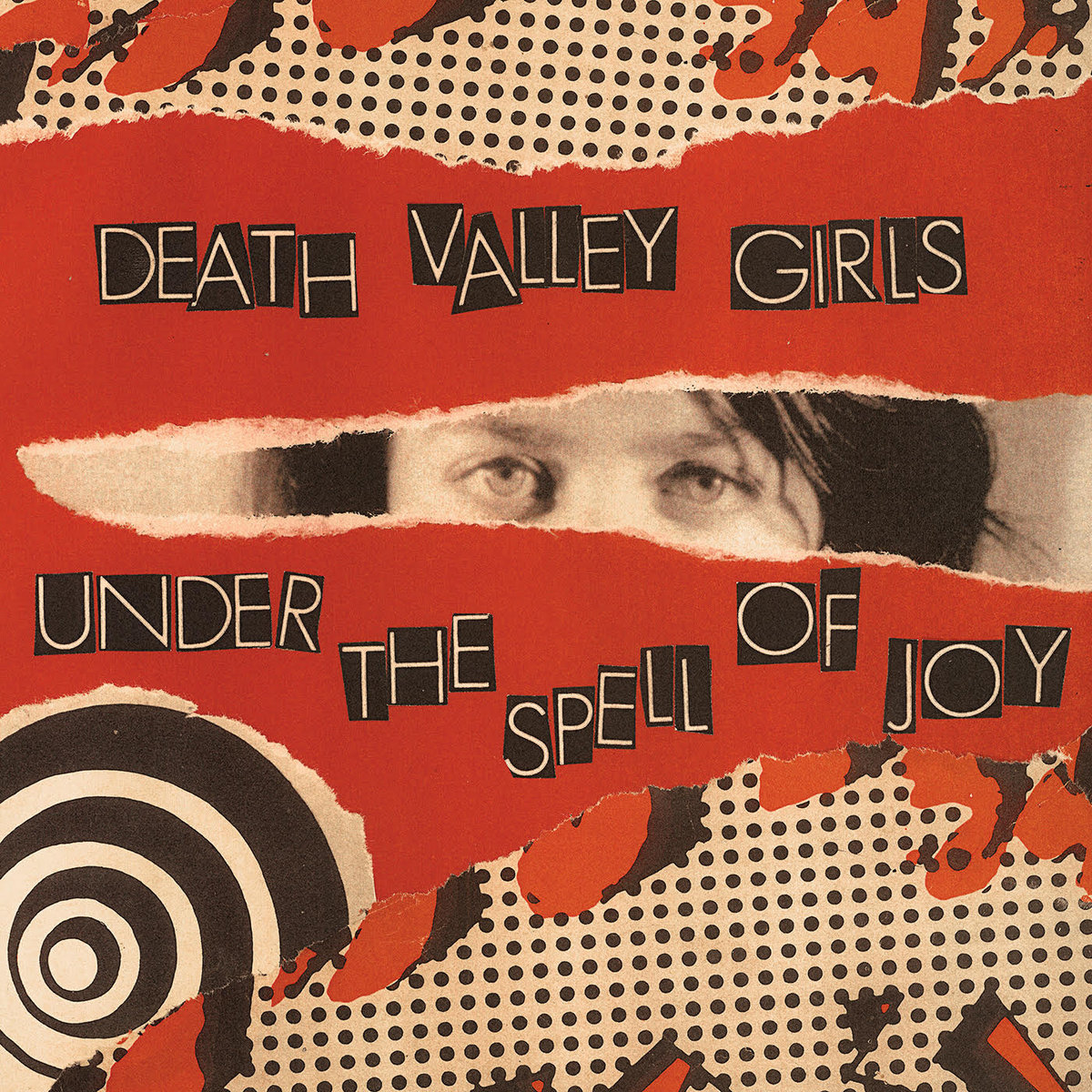 Death Valley Girls | Under the Spell of Joy | Suicide Squeeze

Review: Death Valley Girls – Under the Spell of Joy

Death Valley Girls
Under the Spell of Joy

Before the 11 tracks of Death Valley Girls’ new album, Under the Spell of Joy, were written, the concept was already being conjured. Stretching past their usual psyche-garage roots, this L.A.-based band tapped into “that magical cosmic energy” to produce quite the sonic exploration. The album’s title has served as a mantra for vocalist and keyboardist Bonnie Bloomgarden for years. Now, this Halloween treat is being released to the world, hopefully to connect deeper with listeners.

The album starts with the building-up of space rock song “Hypngogia,” combining sporadic percussion with ambient saxophone. The dream-like vocals lure listeners into an epic ending where guest keyboardist Gregg Foreman and lead guitarist Larry Schemel take over with a vicious fury. It has the spiritual energy that welcomes you into a journey you’re not sure you’re ready for, but it’s already too late to turn back.

A similar flow is found in the title track of Under the Spell of Joy, starting with a children’s choir chanting an upbeat chorus while Schemel’s guitar follows along. What begins as a school-yard-worthy tune eventually turns into a Stooges’ Funhouse-meets-Willy Wonka’s chocolate factory roller coaster ride. The daunting vocals mixed with soulful saxophone lead to a chaotic breakdown of an ending that fuels the illusion of lost innocence in the world.

The accurately titled song “Bliss Out” was exactly what happened to my soul when Laura “The Kid” Kelsey’s dreamy and rugged keyboard tone hit my eardrums—seriously, holy shit. The song is drenched in ’80s L.A. punk influence, teetering between The Go-Go’s and X, until it subtly tracks backwards to end in a ’50s doo-wop collapse.

Also catchy from the get-go, “Hold My Hand” is reminiscent of the early punk sounds of The Velvet Underground. This quick-tempo ditty struts to an ending where Schemel rips out a delicious, metal-like guitar solo to wrap it up in under three minutes. A similar but heavier tone and structure is uncovered in “10 Day Miracle Challenge.” The supportive lyrics, “Make your biggest dreams explode,” paired with a bursting proto-punk chorus is the avoidant advice we are all desperately needing to hear.

The lead single off of Under the Spell of Joy, “The Universe,” is the epitome of the album’s essence, supporting the search for empirical meaning and connection. This transcendent rock tune twists into a sassy, psychedelic clatter with withering saxophone and vibrating keyboards. The existential lyrics broaden the topics of karma and manifesting your wildest dreams, leaving me with the lingering thought: I am one with all, capable of anything, whether I like it or not.

More lyrical realizations follow in the glam-rock beat, “It All Washes Away.” “Make a mistake / Tempt your faith / It all ends the same,” Bloomgarden sings convincingly to their classic sustained keyboard wail as drummer Rikki Styxx holds the reins throughout the track. Following along is a two-note rhythm guitar melody, eventually boiling into a cultic-vibe ending, capable of convincing you of anything.

Death Valley Girls wants the message behind Under the Spell of Joy to be internalized, not only for listening pleasures but for manifesting the ultimate. In this weird vortex of time we are living, “you can listen to music to find something in yourself or the world that either you never had or just went missing.” Accepting Death Valley Girls’ invitation to get lost in the madness of not only the music, but your own mind might be scary, but you might like it. —Kenz Waldon