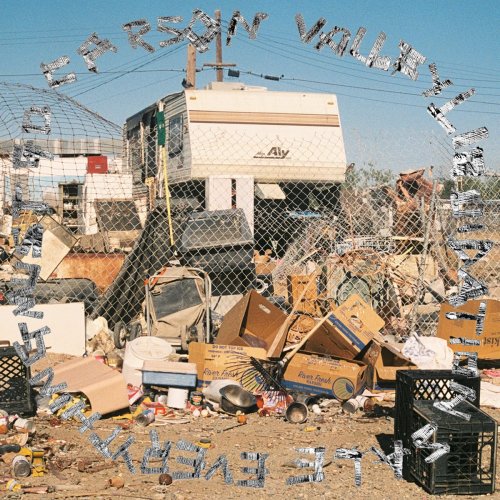 There are two ways to listen to Dirtsilk’s new album, Carson Valley Liquidation Sale Everything Must Go. The first is superficially, which gives the experience of listening to a fantastic and dynamic trap and hip-hop album. The second is carefully, which allows you to hear the true emotional depth this artist has to offer. Both are a great way to listen, and no matter what your mindset is, Carson Valley appeals to it all.

This album tells the story of the small-town American West, and while I have never been to Carson Valley, there is a deep sense of familiarity from having lived in the desert my entire life. That story is told through beautiful sonic and lyrical nuance. Trap is utilized as the base of the instrumentals, but a country-style guitar is layered into many of the tracks, giving it that classic, Western feel.

Dirtsilk kicks off the album with “Bottles,” which dives straight into the deep end of its emotional message. The lyrics open with, “You don’t wanna deal with your problems / You keep putting them in bottles / I was in the kitchen looking for something to drink.” Dirtsilk raps in almost a droning style that beautifully matches the discussion of bottling up your emotions. The rapping is complemented by sharp trap beats and a lilting, bluesy guitar line that sounds like it should be played in the middle of the desert.

The transitions and flow of Carson Valley are also flawless, sustaining that emotional heft. Every track flows into each other, making the album feel cohesive. It’s nearly impossible to listen to this collection of songs without finishing it in its entirety. Even the transitions from calmer tracks like “I Tried Hunting And I Liked It,” which is simply one somber guitar with vocals, into more aggressive tracks like “Catch A Body,” which has a more traditional rap/hip-hop vibe, feel completely natural.

Dirtsilk utilizes many tools to build the structure of the story and tone of Carson Valley. One of the most clever and profound is the beautiful use of common sounds such as radio station taglines, television/movie dialogue and more. This tool adds humor and irony to an otherwise serious tone. In fact, one of the tracks that stuck with me the most is the interlude “Carson Valley Liquidation Sale Everything Must Go,” which is a parody of a cheesy local ad. It doubles down on the irony with the lines, “Half-priced DVDs for the kids / Therapy for Pa / And a way out for Ma.” This interlude, while quite humorous in its delivery, packs the biggest emotional punch. I’d never thought I’d say an interlude would be a stand-out track, but here we are.

With songs blending country into trap, tracks with more classic hip-hop vibes and ones utilizing humor to carry the emotional baggage, Carson Valley is one of the most dynamically interesting albums I’ve listened to in a while. I never would have guessed that these songs would have been in the same album if listened to individually, but it works. I’ve never heard anything quite like it.

Carson Valley feels like a deeply personal love letter to childhood. It acknowledges all the things that built a person, good and bad. The clever use of ironic lyrics and common sounds give an intense familiarity that I’ve never quite felt from an album before. Maybe we all need to take a trip to the Carson Valley liquidation sale and see what we can find. –Marina McTee