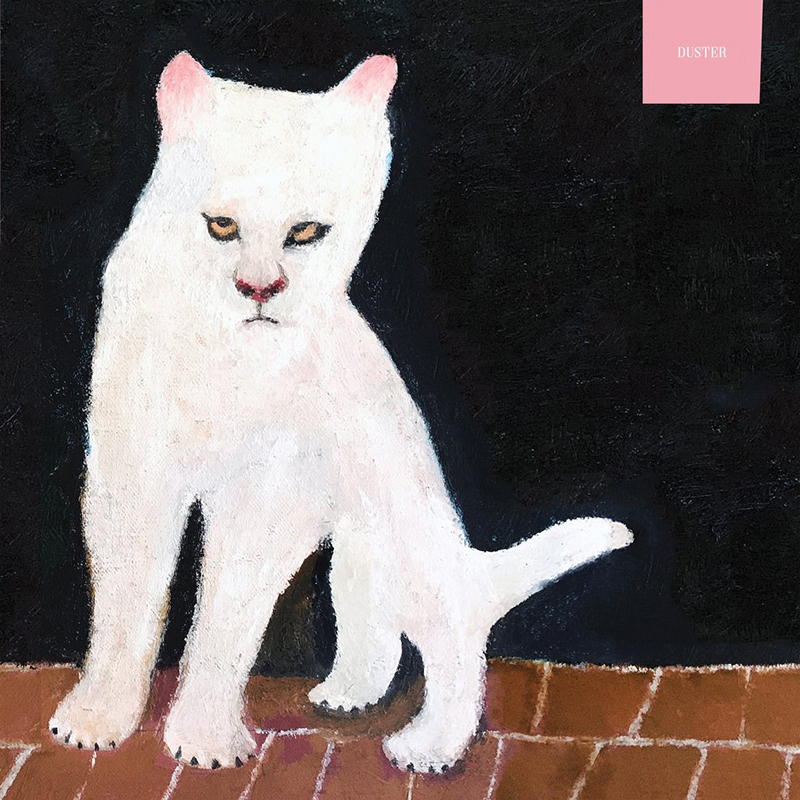 Duster hasn’t released new music for a long time. In fact, it has been nearly two decades since there was an album full of the band’s fresh, experimental sounds. 2000’s Contemporary Movement was released on Up Records, if that gives any indication as to just how long it’s been. Since that time, however, the small handful of the band’s offerings have grown in legend and mystique. So much in fact that old, out-of-print compact discs were fetching lots of dollars on the secondary market. That, along with a number of bands crediting Duster as an influence, caught the attention of Numero Group, who worked with the band to release a box set containing their entire catalog earlier this year. Apparently, this got the trio in the groove to write and record another album, a twelve-track, self-titled, lo-fi excursion.

Along with percussionist Jason Albertini, multi-instrumentalists Clay Parton and Canaan Dove Amber are Duster, and together they haven’t lost a step since they last recorded in the studio as a group. I’m not certain they’ve gained any steps either. I’m not saying that as a negative—I feel as though they have carved out a niche that belongs to them and few others have the right to tread there. I can’t really place Duster in any genre with conviction. Instead, I put a little of them next to the Seattle sound from the early ’90s, and a little next to Sonic Youth or a little alongside Ian Curtis and Joy Division. It’s refreshing to hear something as subdued as Duster’s vocals stretched across the feedback for the first time in a long time, and it still sounds relevant.

The album begins low key with “Copernicus Crater,” a track that has all of Duster’s signatures: stark contrasts, scratchy lyrics and muddy, noise-laden guitar. The track is grungy, grimy and rough. The opener seeps into the second track, just as the second does into the third and so forth. It became difficult at times not to get lost in the ambiance Duster has always been able to manufacture. This album is a great choice to put on when sitting back and thinking about something else—in fact, I am listening to it as I’m writing. This is the usual, but here I’m not stopping it for reference. It all simply blends together.

There are a few highlights on the album that do stand out a bit, however. I particularly enjoyed “Letting Go.” It’s right in the middle of the album and does a good job of pulling the listener back to the ground after they have been adrift over the course of the previous half dozen tracks. There is a space vibe on the album, particularly on “Damaged,” and some shoegaze too, as on “Summer War.” Duster is a perfect soundtrack for short-lived depression, sort of like the short-lived nature of bands with a similar feel from that era. The love they received was brief and not all that intense. I felt a bit of throwback and nostalgia as I listened to Duster’s latest offering, some good memories and some tougher ones. Nothing devastating, just something floating around up there, a lot like the album itself.

My favorite song is the last one on the album, “The Thirteen.” This is a culmination of everything Duster, or Duster. Noise rock, slow core, emo—that’s all here. It sets a good vibe and, for me, is a great punctuation mark for the band in 2019. After having released their collected catalog to a new generation of listeners, this self-titled album and this track in particular is a solid place to end it. Whether it be forever or until next time, I am satisfied. –Billy Swartzfager