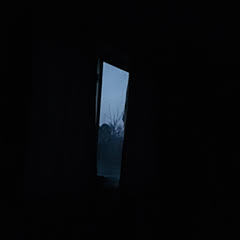 John Daniel’s music as Forest Management frequently sounds submerged. Between the generally lo-fi production he favors and the minimal, drone-based compositions he writes, any appeals to directness are discarded. He instead focuses on the physicality of sound, creating music that highlights the tiniest of musical qualities and draws the listener into an intimacy. Its general feelings are nostalgia and fond reminiscence, though always with a melancholic edge—something akin to the recent output of The Caretaker. Daniel’s music isn’t that direct, however, and on Passageways, he’s more content with ambiguity and patient development.

Daniel favors long-form pieces that undergo slow ascents and descents as opposed to neatly timed structures. This trait is present in much of Daniel’s past work, and his long-term commitment to this medium results in his success on Passageways. Sending the listener under for the 15-minute “Various Sources of Light” seems daunting, but the core motif is so sweet that it never tires. Little changes, like the gradual harmonic alterations in the base synthesizer, are Daniel’s signposts. They serve not as a subtle focal point, but as a backdrop for the main theme. “Various Sources of Light” shows how one idea can change in character simply by altering its relationship to its surroundings.

As in this stunning closer, the overall lack of surface-level movement on Passageways is made up for in slow-burning, long-form progressions. “Blue Leaves,” one of the album’s lead singles, is a fine example of how one sound can build an entire story. The track’s repetitions undergo one large swell, reaching a distorted peak before receding into nothingness. This deceptively simple structure allows the listener to bask in the sounds, picking out subtle shifts at their leisure instead of methodically searching for a reason or code. Balancing this line between heady, abstract music and a desire for straight-forwardness requires an understanding of both, and “Blue Leaves” speaks to Daniel’s care with his sound construction.

“Smoke Rising Out Back (The Gardens)” is the most opaque track here, delivering eight minutes of thick, cacophonous drones. The previous tracks, though abstract, at least featured the shell of a melody or a motif. Here, the physicality and texture of sound completely wins over. The track is about the tension between warm synthesizers and shrill, metallic washes of sound; there’s enough in this initial conflict to give the track sustained intrigue. Its homogeneous progression doesn’t lead to stasis, as each moment feels alive with sound and feeling. One of the best compositions here, it throws the listener into a dense sound world, but Daniel’s passion and expression is so tangible that it makes this atypical music easy to swallow.

Despite this kind of music’s tendency to fade into the background, Passageways works best when played at loud volumes. The compositions are overtly concerned with space, and having them fill a room is a special experience. Different tones speak in different corners, different harmonies emerge depending on where you position yourself away from the speakers. The layers of distortion and reverb thrown over the mix draw out new frequencies and overtones in these otherwise steady drones. The recorded sound rewrites the core material into a swirling mass of constantly changing amalgams. Once you think you’ve cracked the album, alter your listening environment and find an entirely new set of music. –Audrey Lockie