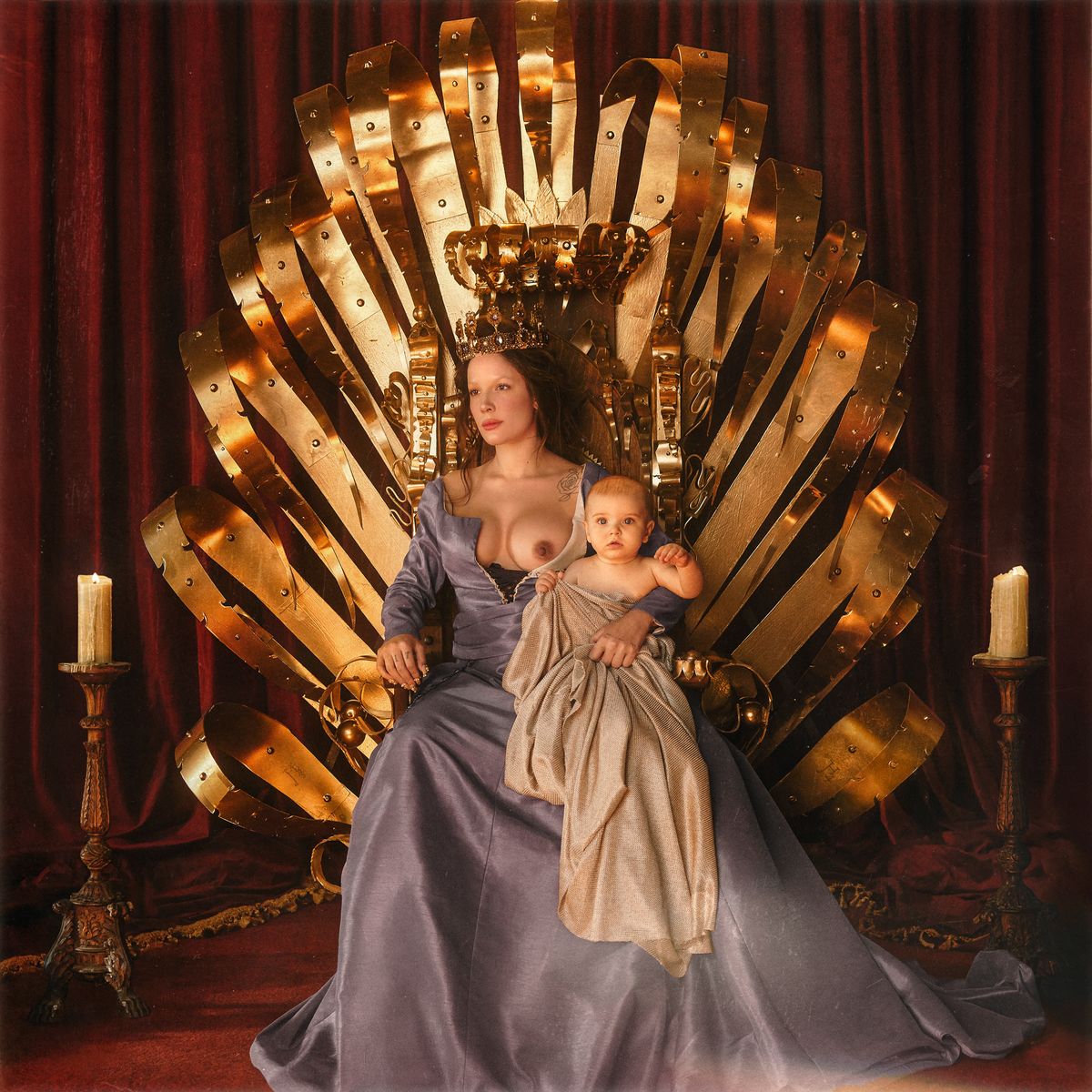 Halsey | If I Can't Have Love, I Want Power | Capitol Records

Review: Halsey – If I Can’t Have Love, I Want Power

Halsey
If I Can’t Have Love, I Want Power

After an album like Manic, it was hard to imagine Halsey topping themselves.  And, perhaps, I’m a bit biased because their third studio album was not only one of my favorites of 2020, but also made my all-time list. Because of this, it’s hard not to draw comparisons to that album with their new release, If I Can’t Have Love, I Want Power. When it comes to overall album artistry, Halsey has stepped up their game. If Manic was an introduction to a self-defined, raw and honest Ashley Frangipane, then IICHLIWP is an experimental observation of their next phase of life.

As a whole, If I Can’t Have Love, I Want Power is a concept album, one that captures the ups and downs, big and small moments of pregnancy and childbirth. Halsey, after a long and very public struggle with fertility and endometriosis, became pregnant with their first child while writing this album. The overall sound is filled with haunting rock paired with commandeering punk-rock overtones, all tied together with ambitious production from Nine Inch Nails’ Trent Reznor and Atticus Ross. The album’s opener sets a mood for the accompanying 12 other tracks, as Halsey boldly commands listeners to “ask for forgiveness, never permission.” It’s full of their trademark gritty, direct feminism and razor-tongued observations.

What follows is an array of genre-bending exploration, from the punk-rock of “Easier Than Lying” to the ’90s-esque honesty and drive of “Lilith.” Hidden among the raging tracks are the honest lyrics with heartbreaking insight Halsey is known for. “But only you have shown me how to love being alive,” from “Darling” (which is meant to be a lullaby for their child), is brimming with raw, unfiltered emotion. In fact, my favorites from the album are the softer, more thoughtful moments, without all the production grandeur. “Ya’aburnee”—Arabic for “You bury Me”—is a song for Halsey’s partner and child and contains the writing I found myself most attuned to, of which they only touched the tip of the iceberg in Manic’s “Finally // Beautiful Stranger” and “929.” For me, those tracks hit harder than the more amped-up ones.  “Honey” and “1121” are the other moments of solace in the album, and there’s something about this handful of softer tracks that makes the album more poignant than the rock ones.

There were no singles leading up to the release of If I Can’t Have Love, a deliberate move, but also a telling one. Whereas their previous work has been filled with chart-topping, pop or R&B singles that you hear on the radio for weeks, and always manage to get stuck in your head, IICHLIWP doesn’t have any of these. That’s to say, there is no single song that can stand alone successfully. The album itself is a cohesive experience. It is experimental, a curious and honest commentary on both the ancient lore of motherhood and pregnancy intertwined with Halsey’s own experience. After years of wanting a child (“More” from Manic left fans in heartbreak for the artist), this album defies the idea of what their next album should be, cementing the age-old idea that Halsey is not predictable in any sense.

But, the contrast between Manic and IICHLIWP is jarring. The predecessor laid it all out, honest and bare for listeners. And within the new album, the same can be said, but the messages are hidden, only to be found by those who have an ear and careful eye for Halsey’s cleverness. It is an experiment in artistic integrity, in capturing something nuanced and profound like childbirth, lust, self-growth and more. If Manic was cathartic, If I Can’t Have Love, I Want Power is a new brand of wild chase. It’s a 13-track tug-of-war between finally getting something you’ve wanted forever and figuring out where to go from there. But simply put, it may not be for all of their fans.

Then again, only Halsey can make a croon of “The New York Times” sound magical. This album is a testament to their commitment to push themselves sonically, creatively and personally. While it might not be the fan favorite, or their most notable collection, it is a triumph in its own right for the risks taken, themes addressed and creativity explored. Soft songs or hardcore ones, each packs an emotional, thought-provoking punch that only Halsey can deliver. It’s a sure sign that Halsey only continues to grow as a person and as an artist. –Palak Jayswal