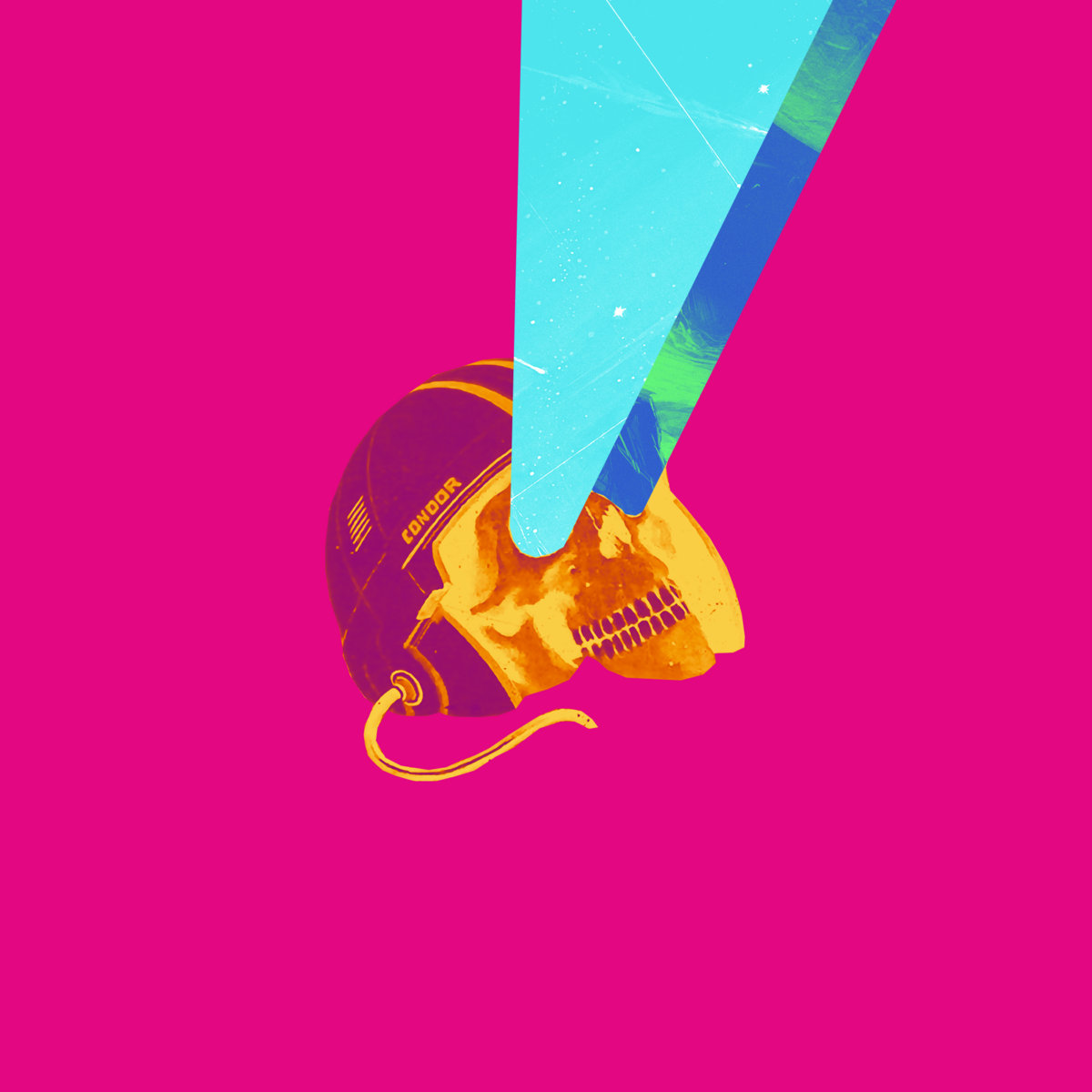 San Francisco’s hyphyskazerbox’s extensive and effortlessly mutable catalog of cyberspace house beats offers a rotary of experiences. It’s a space where tonal indecisiveness is a virtue and temporary project file names take root to join rioting electronics—becoming mantras that, on occasion, guide the ear to greater awareness of the barrage of bubbling beeps and, other times, are willfully nebulous. No different is skazerbox’s newest record, Headache Bait, featuring enticing and sparsely illuminating track titles, such as “Terrible ASMR,” “Fifteen Dummies, What A Deal” and “Cybertrash Electroswing” accompanied by an artistic calling card: A 104-degree fever of manic mixes in a rocketing cocktail of irresistible dance breakdowns.

Grandiosely opening up the record with a flip-flop between crackling bass lines and sacrosanct organ and synth passages, hyphyskazerbox bewitches the ear by crafting a heart-tugging hymn out of the otherwise overwhelming “Show Up To The Orgy With A Pizza.” These juxtapositions—the emotionally tender against the grating and groovy—present skazerbox firmly center stage, a champion of the eclectic. “Drink Sister (Sister Drink)” embodies her propensity to play with these polarities, containing one of the album’s most gleeful beats of looping vocals morphing to an expansive closure of stuttering synths teetering on the edge of skazerbox’s delicate soundscape. But perhaps nowhere better does her penchant show than on “Wow, Thanks,” where a somewhat uninspired vocal sample mashes with harsher drones in the first half of the track and is followed by a soaring arrangement of plucking harps and electronic bleeps. It’s more than a moment of rest—it’s music for intense self-reflection.

When Headache Bait transcends the tropes of its genres and unabashedly mixes emotions in conflict, it’s a unique listen with a diversity of rhythms, tones and textures. But with its total of 20 tracks running at just over an hour of material, it’s also bloated and filled with dead ends. Standing out from the crowd is a difficult task and leaves several tracks, such as “Pipeline (Shakewell)” and “Feelin’ The Spirit,” particularly prone to being passed over by the ear as character-selection-screen music as a result of their unwillingness to evolve beyond a single mood. It’s only more frustrating when a particular section of a song does find a life of its own, such as the last few minutes of “Carbonated Vape Juice,” which explores the range from anxiety-inducing pulses to a hilarious break of amped-up-technical-difficulties music.

Other songs, including “It Seemed Like A Good Idea At The Time (Flo Milli),” showcase the opposite end of this problem where tracks are overstimulating to the point where one’s focus is bucked off at every turn in a flurry of glitching ideas. It’s an unfortunate ailment to a project that has as many highlights as this does, but no matter how jarring or tiresome Headache Bait gets, you can’t say you weren’t warned. –Aidan Croft