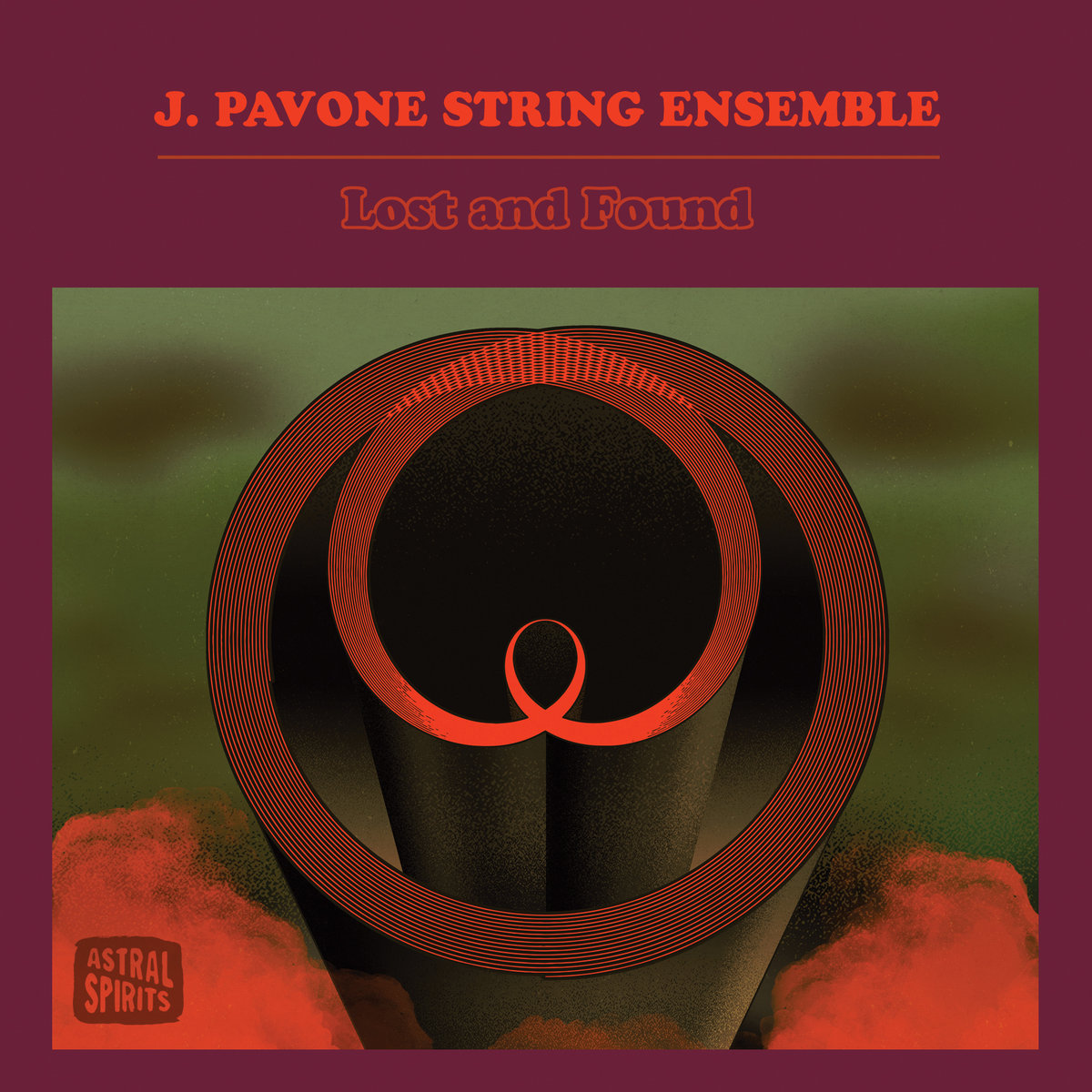 Lost and Found, the new album from the J. Pavone String Ensemble, locates an expanse in simplicity, restraint and steadiness. Led by violist and composer Jessica Pavone and rounded out by violist Abby Swidler and violinists Erica Dicker and Angela Morris, this quartet lives in the bountiful ground between improvisation and composition, coloring big blocks of time-based structures with unpredictable flair, in turn interrupting the naturalism of their group playing with stark structural shifts. Not content with regression or even momentary pause, Lost and Found progresses like a one-way street, the musicians reveling in continuous movement and the necessary allure of “next.”

Opener “Rise and Fall” alternates between two distinct sections, one shapeless and the other firm. The first finds the four string players sneaking within and under each other’s sounds, speaking in turns and constantly reframing their position—from moments of blissful consonance to unnerving dissonance, the harmonies here never rest. Between these stretches of shifting textures lies a simple, four-note melody built out of—fittingly—steady rises and falls in pitch. Against the instability of the other section, this cohesion around a single phrase feels like a long-awaited reunion. But the stasis is only relative, as each instance of this refrain differs slightly from its past and future neighbors. The phrase might echo itself in the lower voices, a violinist might escape into a high harmony, someone might flip the whole melody upside down—like walking on coals, the quartet eschews the danger of staying in one place for too long while still savoring the temporary warmth of each new step.

“Nice and Easy” smooths out of the edges of “Rise and Fall.” There’s little attack or progression to be found in its opening moments, with the quartet continuously bowing across a rich, complex dissonance. It’s nearly a minute before each musician begins to sidewind away from this single harmony into a sustained and shifting cloud of restlessness. After roughly four minutes of snaking formlessness, the music suddenly halts and the J. Pavone String Ensemble suddenly deliver a firm attack that punches through the preceding haze. This element of surprise, of tempering the indulgence of total improvisation with sudden rigidity, gives Lost and Found its vital element of surprise. For the remainder of its runtime, “Nice and Easy” teeters between these two poles with varying regularity, the quartet jump from gliding movement to soft, short chordal punctuations that sound like mini-base camps between soaring and elongated explorations.

The binary relationship presented in the title of “Pros and Cons” suggests a harsher contrast than found on the album’s first side, and the quartet follow this linguistic nod with the most volatile track on Lost and Found. Instead of a breathy naturalism, this piece contains a tactile immediacy that separates it from the patient sounds found elsewhere. The creaking viola moans that open the track; the theatrical group glissandi; the dry, brittle clashes found at the track’s midpoint peak—everything about “Pros and Cons” breathes both an urgency and menacing composure. When the track settles into familiar slow-moving harmonic pulses in its final minutes, it feels less like a respite than it does a collapse into an exhausted panting after this raucous outburst.

Lost and Found closes with its title track, a return to a gentle flow that carries the album towards its final rest. Once again poised on harmonies with a delicacy akin to balancing on a single pin with one finger, the musicians allow these complex chords to bathe in their richness (with only a few stopgaps around the track’s midpoint). Though the musical breadth and intensity of Lost and Found might often feel peaceful in its relaxed pace, it also sneakily accumulates momentum like a heavy arm crank. The true respite on “Lost and Found” feels earned after the gradual accumulation toward the torrent of “Pros and Cons,” welcome in its focus on glistening seas of sound. In the track’s final moments, the J. Pavone String Ensemble converge into a stoic harmony that shimmers with a heavenly ambiguity—finally, found. –Audrey Lockie