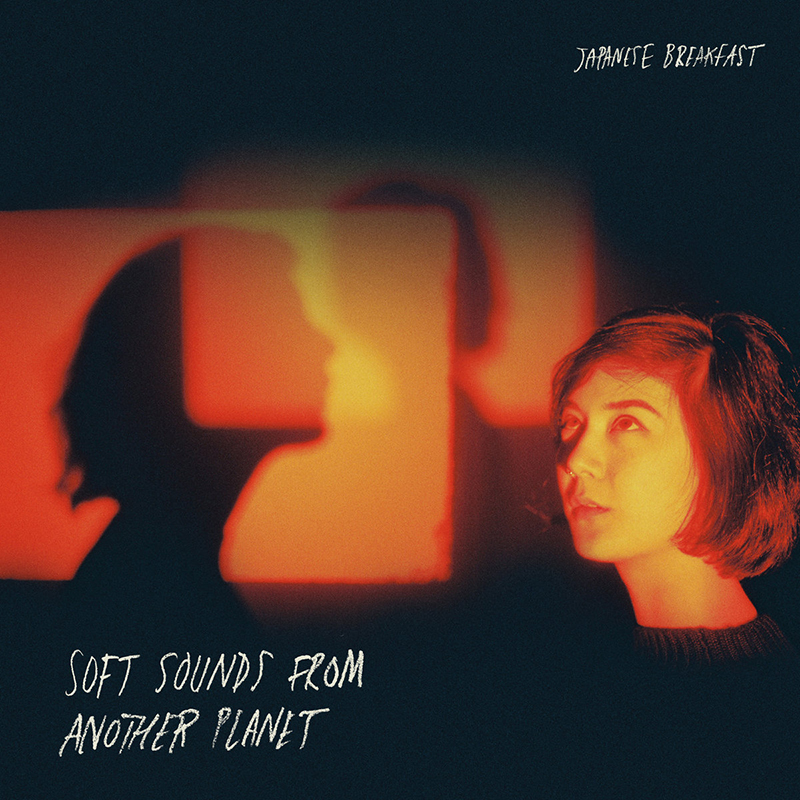 Japanese Breakfast is the solo project of Michelle Zauner, and Softs Sounds from Another Planet is her second full-length. Zauner harvests the sounds of older music, from lush space rock (“Diving Woman”) to synth-pop (“Machinist”) to ’60s chamber pop (“Boyish”) to tried-and-true indie rock (“12 Steps”). She isn’t the only artist playing with past styles, but what keeps her from falling in with her contemporaries and sounding redundant is her creative songwriting abilities and her blunt yet poetic lyrics. Soft Sounds is a breezy tour through Zauner’s thoughts on relationships, politics and death, paradoxically soundtracked by some of 2017’s sunniest, most gratifying music.

While most of the tracks here follow conventional structures, Zauner’s ability to play with formulas and expectations leads to exciting, progressive tracks. For example, just as the thumping synth groove of “Machinist” starts to wear thin, a fired-up saxophone solo enters in, adding a new texture to the mix. “This House,” a plaintive acoustic ballad, follows one long crescendo toward the end, where Zauner is nearly shouting her final lyrics of the album.

When she goes simpler, the rewards are still present, but they’re more immediate. “12 Steps” is one of the catchiest cuts, featuring fuzzy guitar lines and explosive choruses. Compared to the meditative jams of “Diving Woman” or the long climax of “Till Death,” this track offers simpler, ecstatic music. “I don’t blame you / We let love run its course and it’s a little bit lonely,” Zauner sings over a wall of guitars. She’s reaching out to a past lover, not so much for closure or gratification, but simply to let these thoughts off her chest in a heated delivery.

The lyrics are what end up selling Zauner’s uniqueness. Over the course of each track, Zauner delivers many ideas, often moving between disparate subjects, but always relating them. “Road Head” begins with descriptions of what its title suggests, but by the midpoint, Zauner’s solemnly remembering this partner, reflecting on how “‘Dream on, baby’ were his last words to me.” These moments of sorrow make up most of Soft Sounds, contrasting with the always pleasing music.

Further, on “Till Death,” Zauner opens by summing up American life in the last few years: “All our celebrities keep dying, and all the cruel men continue to win.” The delivery is bare and remorseful, but lyrics elsewhere show signs of hope, or at least temporary sanction. “I guess I owe it to the timing of companions that I survived the year at all,” she sings on “This House.” As corny or flower-child-esque the sentiment that love and friendship can save people may be, in light of all the death and loss Zauner addresses on Soft Sounds, it’s a heartwarming and welcome message.

The only things that keep this album from being near flawless are a couple of recurring ticks. A lot of the tracks have underwhelming endings, where the music will cut off just as it was getting going (most apparent in “Machinist” and “This House”), and over the course of the album, Zauner’s whining, slurred falsetto turns grating and annoying, especially on “The Body is a Blade,” where elsewhere it comes off as impassioned and desperate. However, these small missteps don’t take away from how successful Soft Sounds is as a whole. While nothing here is revolutionary or even wholly original, Zauner uses convention and reliable sounds to deliver powerful emotions and remind everyone of the pleasures of well-composed, well-produced rock music. –Connor Lockie