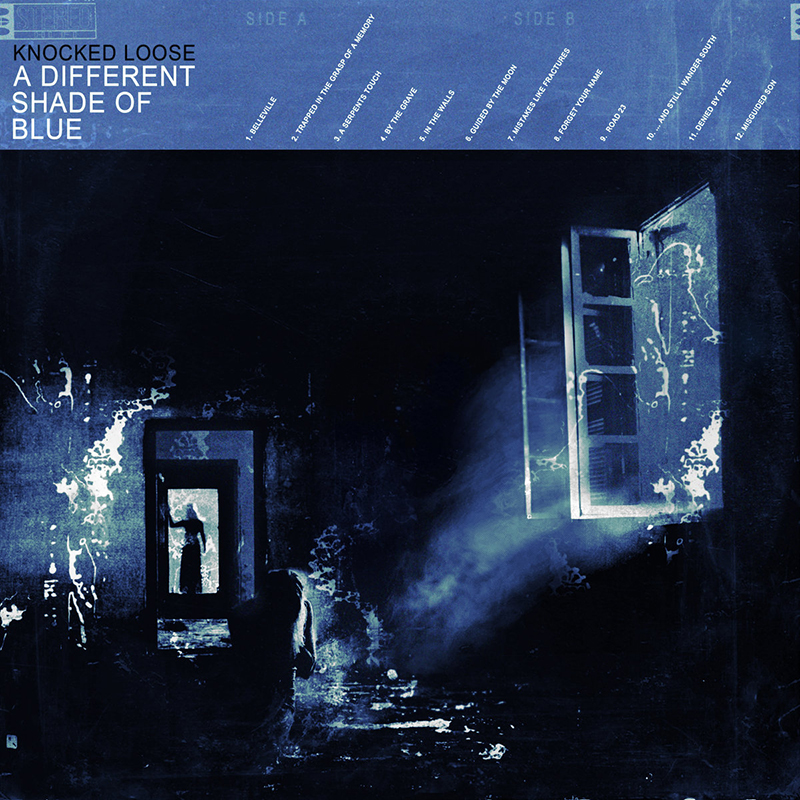 How did a band who clearly has a thing for Disembodied and the heaviest metalcore become a popular gateway band? Seriously, check out those Spotify streams—at the time of this review, nearly a quarter of a million monthly streams, which surpasses the other two current heavyweights of hardcore: Code Orange and Turnstile. Streams don’t tell the whole story, clearly, but any number of YouTube videos prove that Knocked Loose are on to something.

It’s fascinating that Knocked Loose are serving the role of bringing kids to hardcore. By all accounts, this should be inaccessible music. It’s heavy, it’s laden with mosh parts, there isn’t a melody to hum along to, each song bounces between different sections—so, why is this band the one hitting it big?

In listening to both Knocked Loose’s latest as well as interviews with the band, I think it comes from a few places. By all accounts I’ve seen and heard, these guys have worked diligently for their scene in Kentucky. They also tour—a lot. On their headlining tour last year, they hand-picked the local openers on their tour stops. Although “cred” is oftentimes brought up in criticism of the band or people are cagey about outright supporting them, I think that may be more attributed to a “get off my lawn” mentality. Sunny hate5six gave them an official thumbs up last year by commending them for keeping this hardcore thing alive by bringing people in. People go nuts for them live.

Bona fides aside, Knocked Loose’s music resonates. The successful musical portions of A Different Shade of Blue, and Knocked Loose’s aesthetic in general come from something simple. Lyrically, Knocked Loose may not be Nobel Laureate level, but they strike an emotional chord, and are intelligible. Many bands sound like the lyrics and vocals are almost a blend with the rest of the band, oftentimes filling space that doesn’t need to be filled and failing to drive a song forward. At worst, they offer nothing memorable—no sing-alongs, no mic-grabs, no crowds yelling the words back at you. Knocked Loose understand the number-one cheat code in hardcore: Make songs people can sing along with. Even though this may be present as heavy and indebted to metal influences, it’s clear that Knocked Loose come from a strong hardcore background.

To emphasize those sing-alongs, Knocked Loose have a simple device in that the instruments pull back when the vocals are ramping up, letting them fly, like in “Road 23” when vocalist Bryan Garris screams “Every time that I fall asleep / I’m reminded of our history / And I’d rather spend my time in hell / Than alive chained to misery.” Follow that up with a mosh part, and it’s a guaranteed recipe. Knocked Loose repeat that recipe frequently.

Although this works, Knocked Loose return to the same musical well for their riffs and song structures at times, which creates a lag as the album progresses. The album runs 12 tracks over 39 minutes, and with some trimming down to something more like 10 tight tracks, they’d hit a sweet spot.

Admittedly, prior Knocked Loose releases didn’t click for me, but this new recording ups the production and songwriting. There are some standout tracks on A Different Shade of Blue. Songs like “Trapped in the Grasp of a Memory,” with its more straight-ahead hardcore parts, is undeniable. People will mosh to this—maybe even some oldheads. My largest criticism of Knocked Loose is that their songs can sound like a bunch of parts strung together, versus a complete journey of a song. Though the songwriting has improved on their latest, this still creeps in.

I foresee Knocked Loose’s ascencion continuing. For fans of heavy and for those who are wondering what’s big right now, Knocked Loose are both. Look down the bill on their headlining tours to expand your horizon of bands in hardcore. Here’s to spreading the gospel. –Peter Fryer