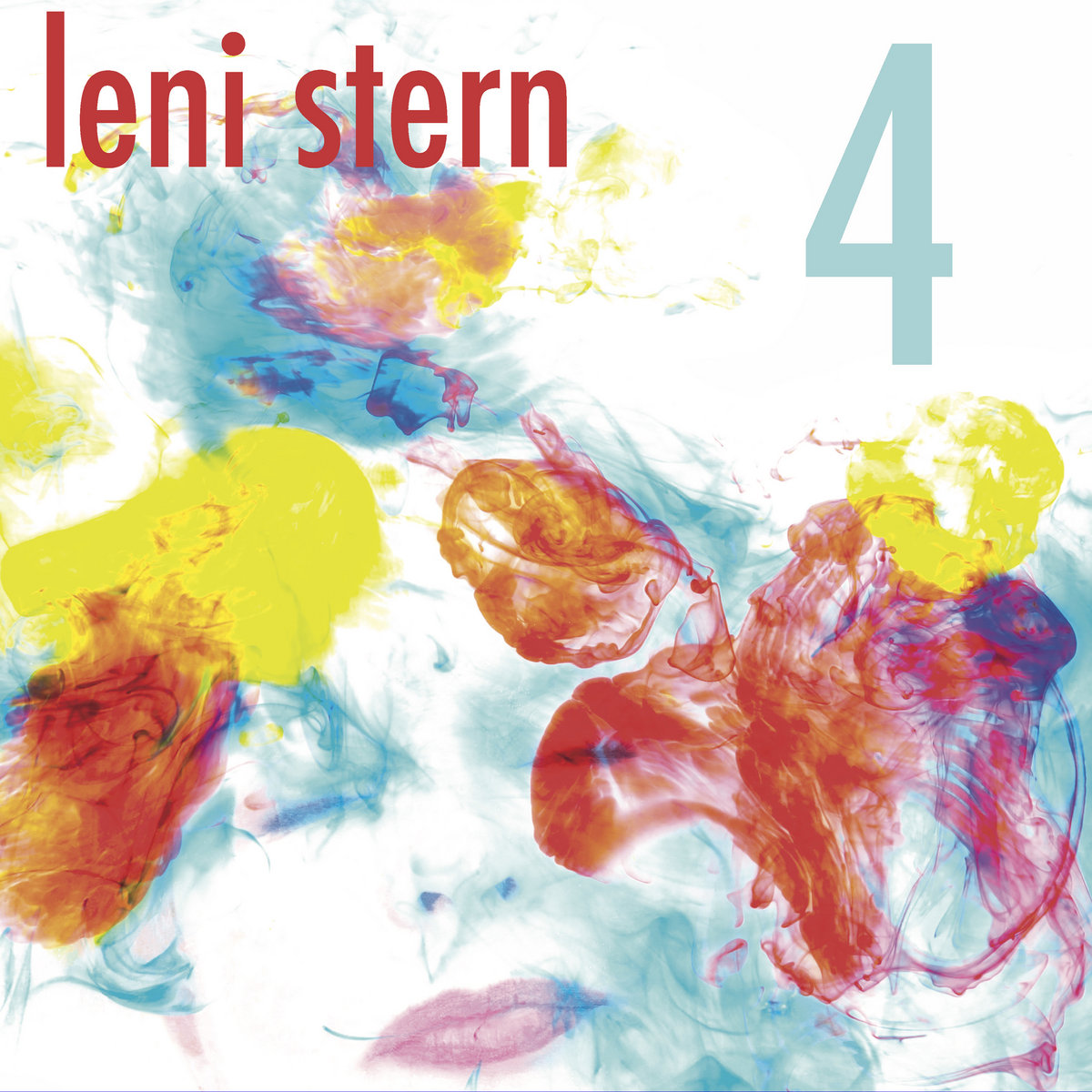 Leni Stern’s latest, 4, continues the guitarist’s explorations of literal fusions of intercontinental and historical styles. Though keyboardist Leo Genovese is a somewhat new addition (featuring on a few previous recordings and live dates), the trio of Stern, bassist Mamadou Ba and percussionist Alioune Faye have been performing together for a number of years, and their collective comfort shows. 4‘s defining sonic characteristic is its unified group feel. There are plenty of stellar solos baked within, but 4 shines most in its hypnotic grooves; webs of interlocking rhythms and pitches equal parts thoughtful and enlivening.

On the record’s most up-beat numbers, there’s a sense that this quartet could ride these patterns for hours, losing neither steam nor their listeners’ rapt attention. A call-and-response pattern drives “Serrer,” a melodically spacious arrangement that leaves room for Faye’s solid and assured hand percussion playing to shine. Immediately following, “Princess Miu” fills in the gaps and sails along a string of unbroken, tide-like hemiolas. As is the case across 4, this sweeping melody is tripled (quadrupled? quintupled?) across harmonized voices, guitar and a number of keyboard sounds, reinforcing the group-oriented approach at the heart of the quartet’s music.

Part of this collectivist spirit comes from Stern and her band’s global-focused outlook. In addition to the powerful influence of the musicians’ own origins and musical traditions (Stern is a native of Germany, Ba and Faye of Senegal and Genovese of Argentina), the music on 4 embraces a variety of distinct styles and laces them all into a lattice of shifting signifiers. With Ba and Faye providing an unshakable foundation built around West African rhythms, Stern and Genovese allow a litany of other sonic meanings to seep into the music. On the balladic “Chartwell,” Faye shifts toward a heart-wrenching kalimba pattern while the melodic players intone a tune fit for a lullaby. The album’s press materials note Stern’s desire to more openly blend the German classical techniques from her childhood with her later-life love for West African music, and “Chartwell” shows a fertile meeting point of these multiple modes of expression.

With its saccharine melody and eyebrow-raising harmonic shifts, “Amadeus” clearly owes some debt to its titular reference and provides one of 4‘s most thought-provoking numbers within this fusionist framework. The playing is beautiful (especially Genovese’s scalar piano solo), but the track’s definitive statement comes in its vocal performances. Each instance of the refrain tails off with a group intonation of the track title, though this mini-choir drops the Germanic diphthong and pronounces the word as “Ama-doos,” seemingly both a nod to and a consequence of the group’s multilingual songwriting.

Genovese’s presence and input offers up some of the starkest examples of these wayward explorations. Atop the hypnotic grooves of tracks such as “Lambar” and “Serrer,” he embarks on full-blown prog-funk synth freakouts, a beautiful torrent akin to the acid-drenched offspring of Bernie Worrell and Rick Wakeman. His compositional input for the album, as well, strikes a unique tone. Where the majority of the tunes on 4 breeze along with rhythmic bliss, Genovese works in a rhythmic puzzle of mathy groves and stilted, pointillistic piano stabs on the side-winding “Japalema.” If it’s not as immediately slurpable as the other seven tracks, it does provide a mind-bending counter to 4‘s relative ease.

All of this analysis is a joy to pick apart, but 4 is, first and foremost, a record of real-time, physical musicality. Present here is the kind of improvisational playing that gives you butterflies in your stomach and makes you grin from ear to ear. Atop Faye’s light hand percussion, Ba’s introductory solo on “Japalema” is some of the nastiest bass playing I’ve heard this year. He flits between guttural string pops and pinched melodies with ease, and it’s impossible not to pick up on the sheer fun he’s having gallivanting around the form. The celebratory and resolute closer, “Zamba 264,” offers a privileged vision of this quartet working in full relaxation, and also features a standout Stern solo that snakes along through seltzer-crisp distortion. Her presence on the album is often baked into the warm mass of sound around her, and her typical solo eschews flashiness in favor of singing, harmonically dense improvisations, so it’s a treat to hear her stretch out more in this finale.

Especially for American audiences like myself, there’s a temptation to categorize Leni Stern’s musical mixtures alongside the now-canonical run of ’70s fusion experiments. But where the McLuhan-esque global optimism of some of those records might leave a sour taste in listeners’ ears in hindsight, Stern and co. seem to be reaching for a more honest, symbiotic and free-flowing synthesis of their cross-cultural strains. 4 is a record that resists boxes, and to listen to it through an either/or framework would be to miss the point entirely. This is a fantastic collection of improvisational music, a pure delight to listen to and a shining celebration of these four musicians’ individual and combined talents. –Audrey Lockie