Review: Marianne Faithfull – Give My Love To London 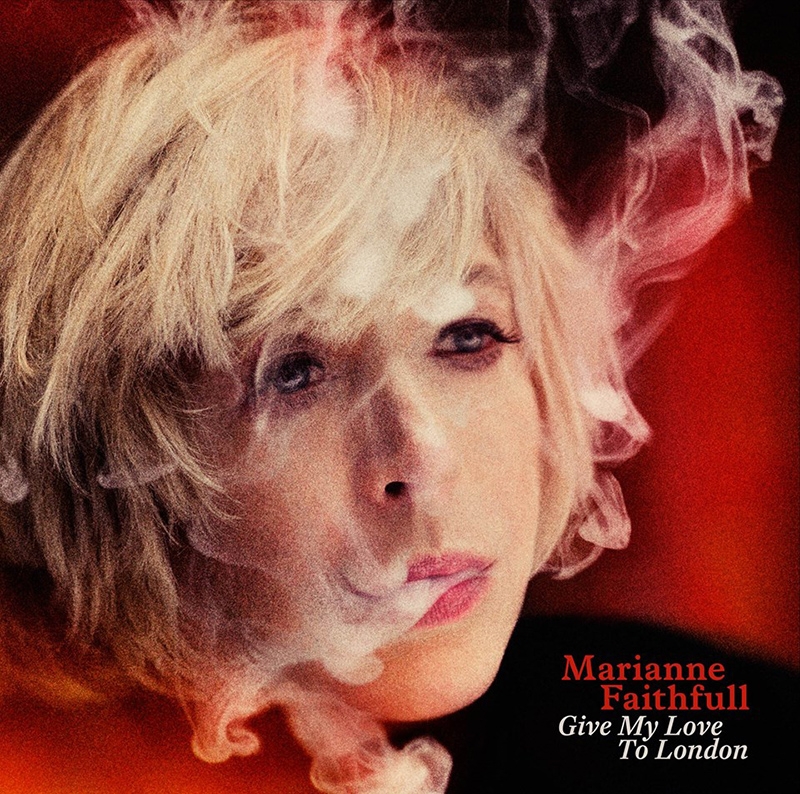 Celebrating her sixth decade in the industry, Faithfull—and her eclectic instrument—returns with a blazing new collection of songs and an equally impressive lineup of collaborators: Nick Cave, Roger Waters and Brian Eno to name but three. The rollicking title cut, written with Steve Earle, almost sounds like a pirate ditty, while Cave wrote the haunting and torch song-esque “Late Victorian Holocaust” specifically for her. They also composed “Deep Water,” which features Warren Ellis of the Bad Seeds. Waters’ gift is the anthemic “Sparrows Will Sing,” which is highlighted by dueling keyboards. What is always great about hearing Faithfull perform is that you believe what she’s singing; it feels like she’s really lived it. Even her covers—a delicious reading of Leonard Cohen’s “Going Home,” a rousing take of the Everly Brothers’ “The Price Of Love” and classic “I Get Along Without You Very Well”—sound remarkably like her own. –Dean O Hillis