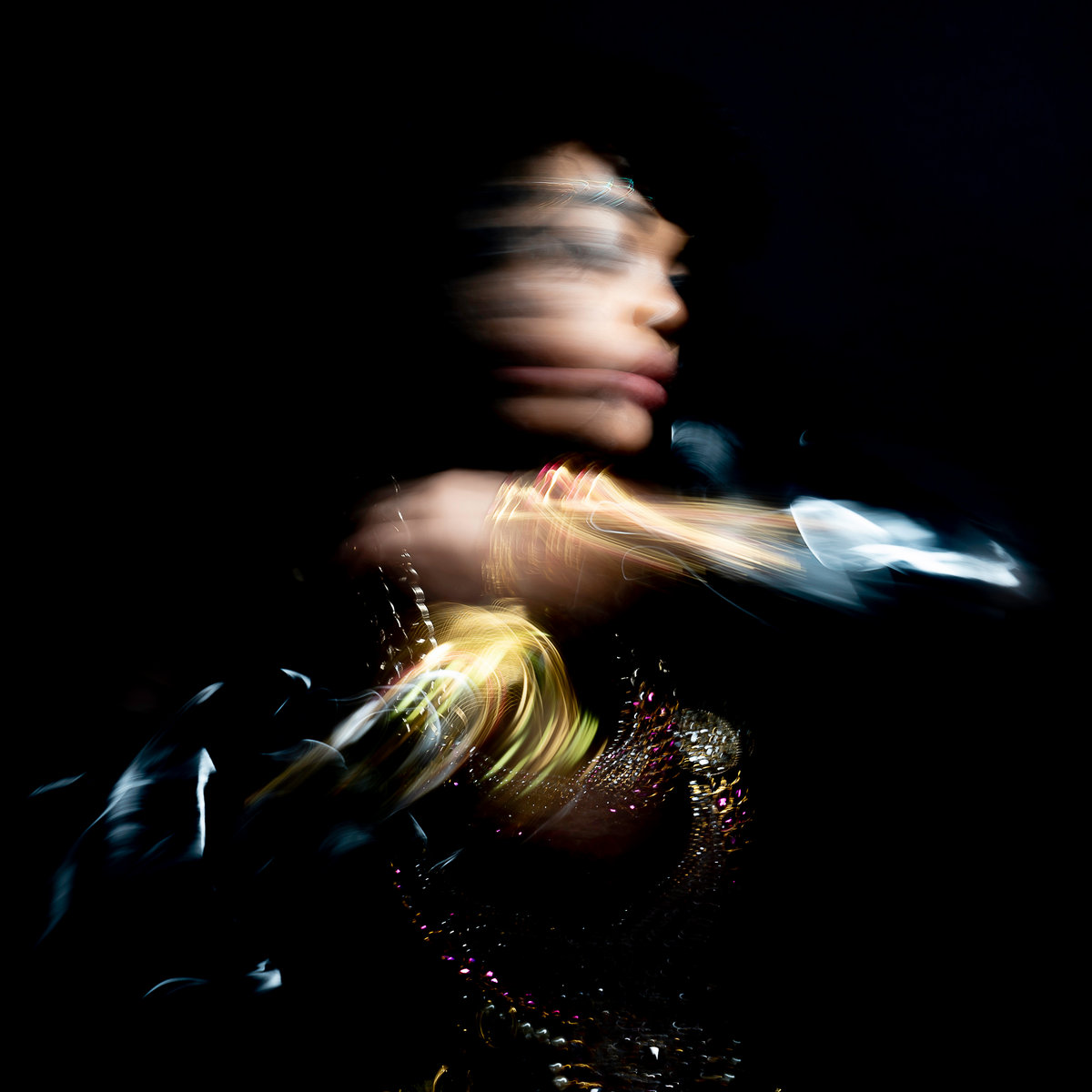 Play at Night shines with an assuming power. As Masma Dream World, Devi Mambouka weaves a naturalistic tapestry out of a sparse handful of sonic tools. A simple brush through the album feels at once hypnotizing and estranging, with each track reading as little more than a compositional shell. But this hollowness gives Play at Night an assurance in its oddity, a set of tracks so stark in their presentation that the alien nature appears as a matter-of-fact statement.

The opener, “Unwind,” loops a single, syncopated keyboard riff ad infinitum, with Mambouka layering her vocals atop this creeping musical statement. Each cycle brings in another harmony or layer, shaping the piece into a tense, climax-resistant storm over its runtime. The cacophony fades away without ever peaking or hitting, Mambouka reveling in the sound of each second rather than using her tones as building blocks or pit stops on the way to something else.

Much of Play at Night follows these hyper-spacious textures, with a majority of the tracks consisting solely of round low-end tones, scattershot percussion and a web of Mambouka’s overlapping voices. This sparsity is all the better, as Play at Night contains some expertly mind-bending vocal production, a mesmerizing blend of performative mastery and chameleonic sound treatments. Within each second of sound, her already astounding voice is stretched, snipped, shifted and more, creating playgrounds of lively speech patterns. “Theta” laces treated breath sounds into a playful rap, with the team of Mamboukas (backtracked, chopped, screwed, etc.) breezily floating atop the bass drum heartbeat thump.

While the monochromatic vocal tracks provide a dark treat, it’s often the bits of analog/outside sounds that send Play at Night into a revelatory space. When Mambouka doesn’t present herself as a shapeshifting orator and concedes to the direction of her backing tracks, there’s power in the collision of these digital and corporeal worlds. “Sundown Forest” and “Back Home” trade out electronic drums for deft hand percussion, with the latter especially shining in its merging of rhythmic frenzy and Mambouka’s relaxed, sighing vocal refrains.

“The Eternal Library” offers the album’s furthest foray into field recorded territory, as it seemingly erases all authorial touch and simply letting these sounds speak. The bleeding reverb, bustling street sounds and sense of real-time musical communication breaks away from the surrounding one-woman-show, reframing Mambouka’s solo ventures as a reconstruction—not a antonym—to this organicism.

As the album moves into its second side, the general tone gets deeper, louder and heavier. The sonic calls to the “real” world mostly vanish, as well, leaving a more firmly electronic terrain. “The Council,” a swaggering march driven by a pitch-shifted vocal refrain, delivers Play at Night‘s most stoic composition. Mambouka isn’t as tangibly present here, relegating herself to a simple down-beat “ay-yuh” to accompany the groaning vocal melody (which is likely her, as well, but in a totally unrecognizable state). Mambouka trades outs the smirking, bragadocious flair that she brought to earlier tracks such as “Sundown Forest” and “Theta” for a more dire and sinister timbre; a menacing solemnity.

The final stretch on Play at Night literally winds the energy down, cutting away the coherent song structures and rhythmic drive into encompassing sound masses. “Becoming the Magician” layers an impenetrable mass of vocal dissonances over a languorous boom-chick. Here, a similarly all-consuming tension found on “Unwind” appears, with the clashing frequencies converging in on each other without a perceivable limit before washing away into the dark.

Closer “Before Sunlight” offers a hint of sweetness on this otherwise stark album. Instead of multitracking her voice like layers of a cake, Mambouka mostly lets a single, melismatic lament drive the track that ranks among the album’s most immediately affecting moments. Eventually, a few harmonies slide in and the track fades out on a dizzying rise-and-fall melody, a groundless haze just as mystifying as the album’s opening seconds.

Play at Night builds magic out of a simplicity, so much so that it almost feels deceptive. The grooves here might often be sluggish and stripped-back, but a track like “Knight Wolf” needs to offer nothing more than its animated, ghoulish choir chants to create something special. In stripping away any sort of immediately gratifying fat, Mambouka constructs a record where the skeleton is the product; a gallery of sturdy and beguiling skin-and-bone constructions. –Audrey Lockie