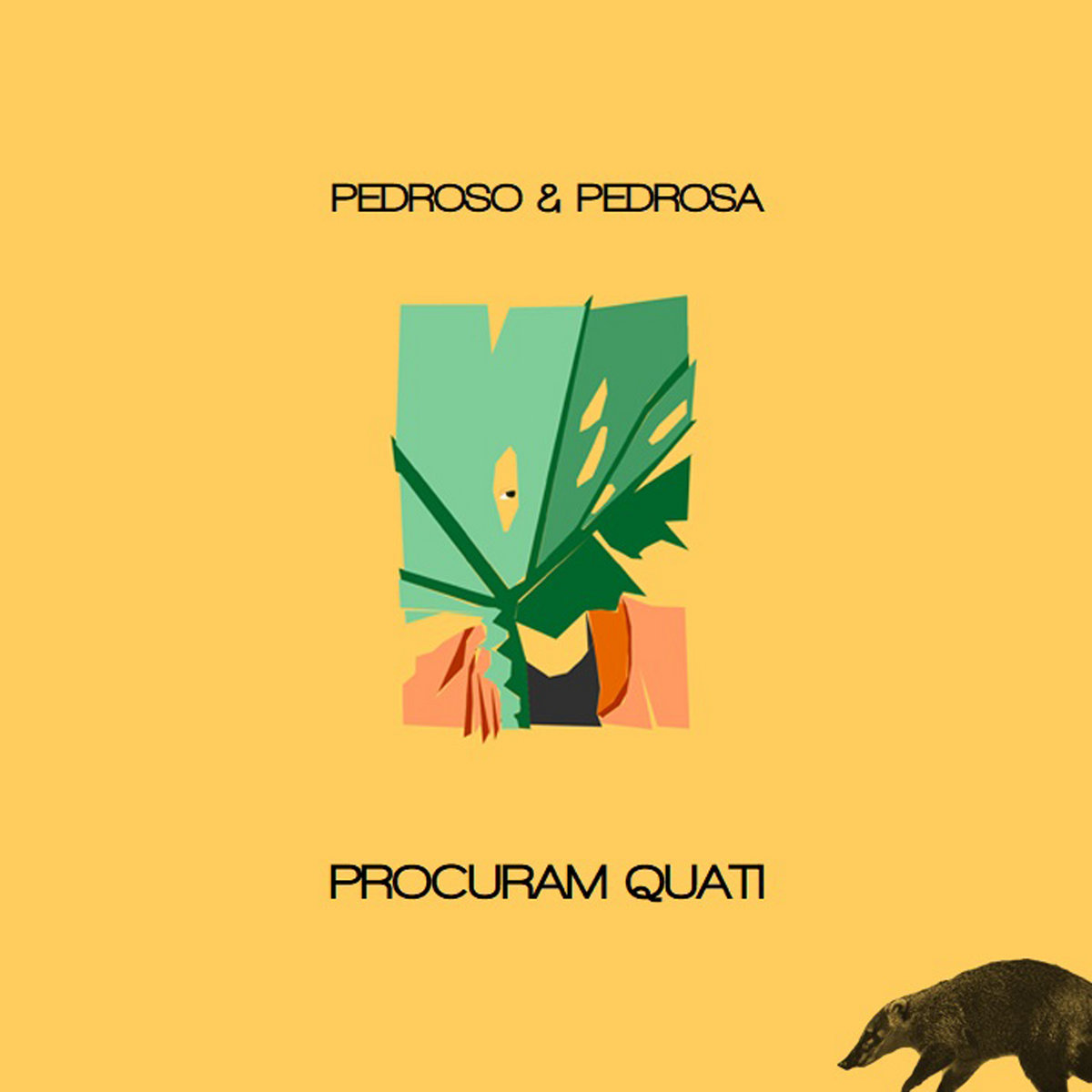 The duo of Rafael de Toledo Pedroso and Pedro Pedrosa create music that feels at once intimate and cosmic. On their newest album, Procuram Quati, they craft a mesmerizing blend of field recordings, folk music and avant-garde electronica. Across eight tracks and 25 minutes, the record coalesces into a seamless set of vignettes that blows up the duo’s artistic, social and personal lives into a fantasy-ripe collage. Unbound from any one musical framework but not without a sense of internal logic, this miraculous set exists as a colorful carnival of sound, but one that shields darkness and solemnity under its tent.

Opener “Maus Lençóis,” (“Bad Sheets”) the longest track on Procuram Quati by four minutes, serves as a sort of overture for the varying sounds and styles that succeed it. After a jaunty recorder intro, the track melts into a pleasant folk ballad led by Pedrosa’s vocals and ukulele. With each passing second, chaos coheres around this lilting melody, with bird-like electronics and layered recorder countermelodies underpinning Pedrosa’s lament of isolation and alienation. After the 4:00 mark, a brash brass chord derails the track entirely and the melody repeats, this time stacked on top of itself in offset dissonance, while a mess of occluding sounds pile on before the whole things fades away into city-life field recordings.

“Maus Lençóis” is a mammoth, labyrinthine track, and even if the rest of Procuram Quati doesn’t have the same sense of grand development, their individual foci on increasingly out-there adventures give them life. “Luar” (“Moon”) builds off of the swirling delirium of “Maus Lençóis” with its skittering drum loops and lo-fi keyboard washes, while “Três Anos” returns to ukulele-driven folk singing that opened the record. As was the case there, this poppy offering doesn’t feel like concessions as much as is does an organic detour. Pedrosa’s voice is suave and smooth like coffee with thick cream, and the way his vocals weave in and out of firm tempos atop the casual ukulele strums gives a tactile, romantic longing to this tale of lost love.

The following stretch dives deep into electronic experimentation, a sustained run of Pedroso & Pedrosa’s most left-field excursions. “O Rei e Eu” is a pleasant and dreamy bit of lo-fi hip-hop, but back-to-back tracks “Seis Badaladas” (“Six Chimes”) and “As Coisas Foram Longes Demais Freestyle” (“Things Went Too Far”) offer the album’s strangest and most rewarding experiments. “Seis Badaladas” takes what sound like bits of English-language films detailing a cut-and-paste story of impending violence and drop them on top of synth-heavy, EBM grooves. “As Coisas Foram Longes Demais” finds Pedroso recounting a grim existential crisis brought on by an encounter with roadkill, delivered through an urgent, sweaty whisper. Carried by a monotone, stabbing keyboard riff and expertly timed sound effects that add a vividness to the narrative, this story song stands as one of Procuram Quati‘s most affecting and stunning oddities.

Procuram Quati closes with “Sorrindo” (“Smiling”), a reverent (if self-effacing) ode to braving it in the face of the darkness detailed elsewhere on the album. Of the three song-leaning tracks here, this is easily the sunniest and catchiest, carried by an infectious groove and a choppy lead melody. The lyrics ooze blithe sardonicism, with Pedrosa cycling through a list of morbid circumstances and stating that he’ll smile or laugh in the face of each. He eventually concedes that, “Eu voi te dar motivos pra sorrir / Mas pra isso, não minto / Eu vou ter que mentir” (I’m gonna give you reasons to smile / But I can’t lie to you / I’ll have to lie.” Even if we must shun away from the truth in order to grin and bear it, sometimes that’s the stronger option than letting your detractors see your frown.

As music, Pedroso & Pedrosa bottles wildly innovative collages into an avant-pop masterpiece that equally balances the two sides of this faux genre until they become inseparable. As narrative, these stories flit between reality and fantasy, surrealist poetry and stream-of-consciousness recollections, painting a new world through the tinted eyes of experience and emotion. As a whole, Procuram Quati offers a wondrous and unique artistic trip; it creates new shapes of self-definition and finds beauty in growing through and past pain, all with a defiant grin. –Audrey Lockie