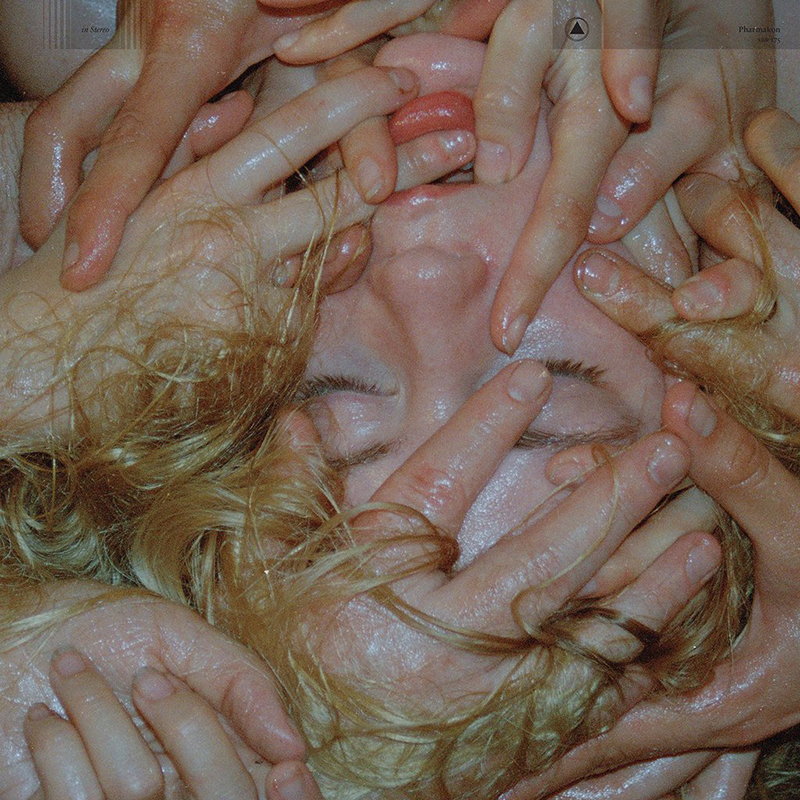 New York musician Margaret Chardiet has made a name for herself in recent years as one of the most alarming and terrifying artists in the public eye, putting out short noise records full of shrill screaming and ear-splitting static. After the one-two punch of 2013’s Abandon and 2014’s Bestial Burden, Chardiet took a few years to craft this follow-up, Contact. Fitting into the normal Pharmakon sound, Contact is just as putrid and noisy as expected, but Chardiet doesn’t avoid conventions of music altogether—rather, she shows the ability to make tracks that aren’t simply brutal for brutality’s sake.

Most of the tracks here feature vocals, and anyone who’s listened to a Pharmakon record before won’t be surprised by what they hear. While the constant screaming doesn’t  impart a lot of stylistic versatility to Pharmakon’s tracks, the formula works out for her yet again. Pharmakon’s sound is unique to the point that putting on one of her records means looking for a specific feeling: bare physicality and sheer rage. While there is an essence of uniformity in the album’s emotion, a focus on rhythm and texture adds variance. The screaming on opener “Nakedness of Need” is grotesque even for a Pharmakon track, reaching new levels of pure abrasion. Further, the hammering percussion riff on “Transmission” sounds like a home-recorded hardcore record that’s been scratched with a steak knife and dipped in battery acid. Much has been said about the punk ethos of noise, and Pharmakon makes a case for this argument. This isn’t chin-scratching experimental music for intellectuals—this is red-hot anger and throwing-bottles-off-your-apartment-roof music.

This sort of flirting with more conventional music styles shows up again on standout track “Sleepwalking Form.” After an extended intro of eerie, descending keyboard lines and dissonant buzzing, an industrial drumbeat comes in and lends the track an identifiable rhythmic body. The way Chardiet’s syncopated singing sits atop the big-two beat resembles a slowed-down, fucked-up version of hip-hop. This gives the track a sort of head-nodding groove, a nice section of tangibility on an otherwise airy and drone-laden album.

“Somatic,” one of the two tracks here that omits Chardiet’s voice, is the only cut to delve fully into truly extreme music. Opening with a sluggish, static riff, the cacophony of the track grows and throbs, building to an almost unbearable tension. Suddenly, a little before halfway into the track, the music explodes into a burst of fuzz and seemingly random layers of distortion. This is the sort of moment that denouncers of noise music liken to broken appliances, but along with the more digestible tracks elsewhere, it’s easy to appreciate “Somatic” as the most potent realization of the Pharmakon style. Against the reliance elsewhere on screams and growls to provide harshness, this track shows off Chardiet’s craft at using fully instrumental pieces alongside her normal form in order to deliver her message.

The biggest problem with Contact is what also weakened the last two Pharmakon records: length. While the relatively brief 32 minutes might be seen as an attempt not to overwhelm audiences, it nonetheless leaves something to be desired. Especially when taking the six or seven-minute song lengths into account, there isn’t quite enough material on this record to fulfill the need for a lengthy and complete listening experience. While the concept of a 50-plus minute Pharmakon record might sound daunting and painful, the diversity presented on Contact provides a hope that Chardiet could put forth an exciting and thorough full-length in the future. –Connor Lockie