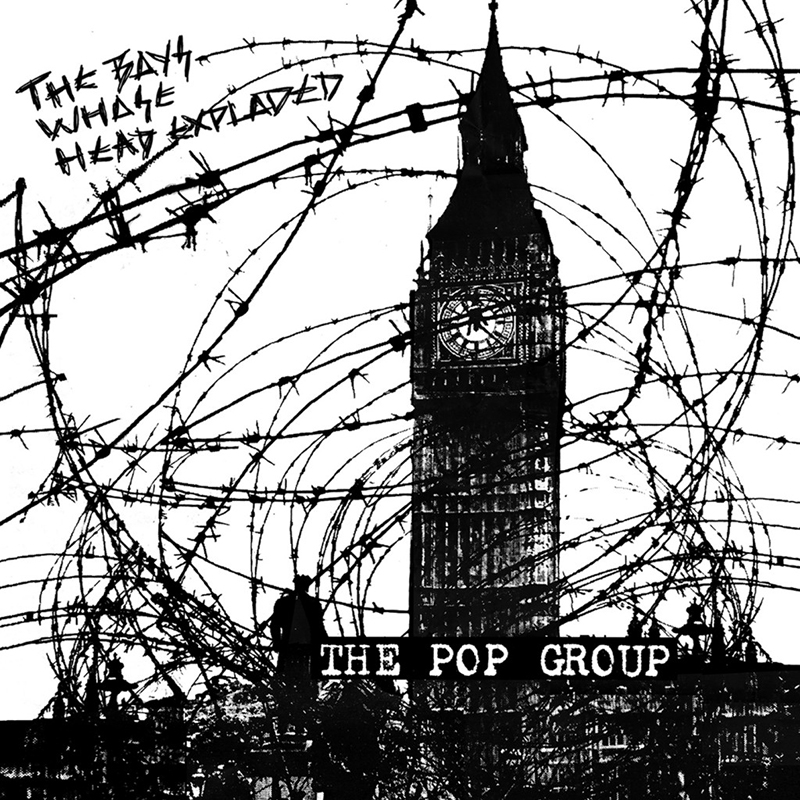 Review: The Pop Group – The Boys Whose Head Exploded

The Pop Group
The Boys Whose Head Exploded

There is nothing quite like a live recording to emphasize the ferocity of a band’s ability. The release of The Pop Group’s The Boys Whose Head Exploded does just that. It’s a bootleg compilation of live recordings from gigs The Pop Group played in 1980. The label, Freaks R Us, is run by none other than Pop Group’s own Mark Stewart. After switching this on, it is clear that they were a unique force to be reckoned with. This little record is a fun addition to a storied catalogue of music that is not only socially conscious but necessary and still relevantly radical.

The Boys Whose Head Exploded boasts live recordings of some of their most memorable songs. Their wild mix of funk meets jazz wrapped in the post-punk sound will envelop those not already familiar with The Pop Group. One could think of groups like Public Image Limited, Gang of Four or even the Slits to get an idea of what to expect. The opening track, “We Are All Prostitutes”—recorded live in Milan in 1980—distinctly captures their raw and authentic furious energy. To be fair to their already solid discography, however every record put out by the Pop Group does just that. Any recording of theirs would infect the listener with the aggression of their post-punk fury. These recordings give fans a taste of what one could expect from their shows in their heyday. In a way, fans of the Pop Group could get the full experience from albums like the 2016 rereleased and re-mastered For How Long do We Tolerate Mass Murder, also found through Freaks R US. However, then they would miss what makes these live recordings special.

The other treat on this album is the addition of footage of the band live at Alexandra Palace in 1980. This short clip comes straight out of the archives of punk’s legendary documenter of Big Audio Dynamite fame, Don Letts. The footage captures the wild and untamed nature of The Pop Group in their element as they perform “Feed The Hungry.” At this show, they shared the stage with other acts like The Raincoats and The Slits. If you look carefully, you can see Ari Up and other members of The Slits jumping about to the infectious sounds. It really is a superb clip that captures a moment in time when music appeared to be a threat to the establishment. All one has to do is watch The Pop Group command the stage in their primitive but aggressive way.

One other little goodie that comes with The Boys Whose Head Exploded is the poster of the album cover’s art work. The picture dramatically depicts London’s Big Ben behind the twisting and turning of barbed wire. In the current climate of narrow-mindedness and right-wing nationalism, such iconic imagery and songs are quite provoking and clearly needed. The Pop Group never shied away from taking on oppression in all its forms, and the energy found in these recordings demonstrates that. If you are hungry for something actually interesting, this is the album on which to feed your curiosity and angst. — Nick Kuzmack