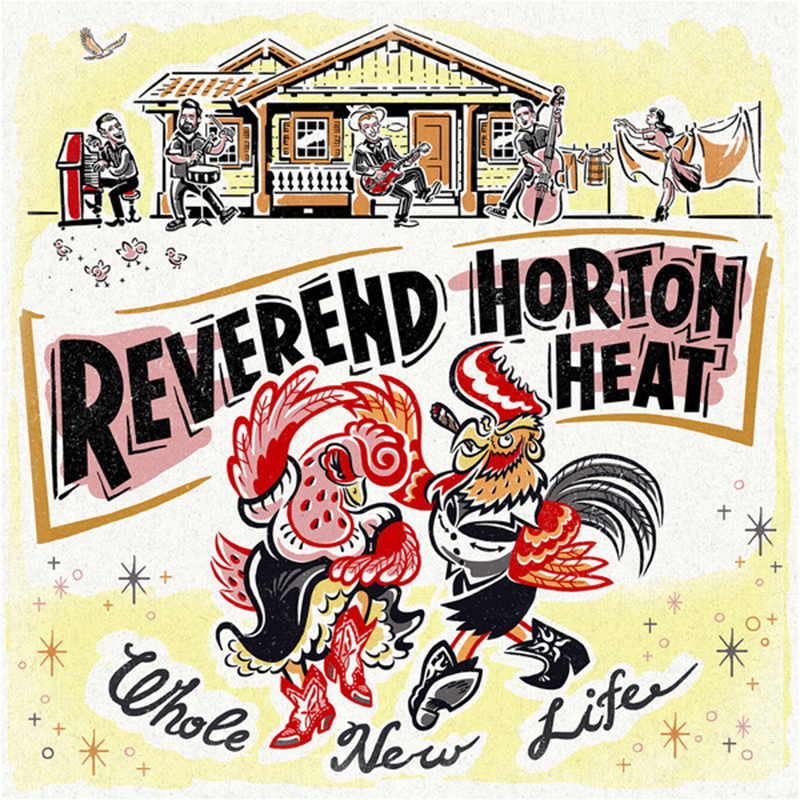 I think that Reverend Horton Heat get kind of a bad rep with some people. They’ve been going strong for over 30 years and have always tried to push their limitations and abilities as musicians, but some people won’t look past them as, excuse the pun, a revved up version of rockabilly or some hard rock derivative of the Stray Cats, and I don’t think either of those ideas come even close to encapsulating what the Rev and company have accomplished. Kings of hyphenated and mix mashed genres, they’re often labeled, psychobilly, neo-rockabilly, cow-punk, and myriad of other silly titles when rock n’ roll just says it the best, since the beginning there’s been more here than any one simple formula at work. Among the rockabilly, country, blues and jazz, there’s South American influences, folk, hard rock, and many others that never see mention because the band is so often written off, but when listened to carefully there’s a sophistication at work even amid the most seemingly frivolous song these boys find a way to make it better than it has any right to be.

The band is finding new life after a lineup change that adds new drummer RJ Contreras, and a completely new consistent element in Matt Jordan on piano and organ, along with stalwart mainstay Jimbo Wallace on upright bass all backing the fiery fingers and charismatic vocals of the main man Jim Heath also known as “the Rev.” The aptly titled Whole New Life is a hurricane of fresh air. These songs have a new  momentum that brings a new level of exuberance, the title track is exemplary of what I’m talking about, it kicks off and just hits that groove and starts to boogie along aided heavily by Jordan’s  brilliant banging piano add some jubilant gospel style backing vocals on the chorus, it’s enough to make this atheist convert. Reverend Horton Heat have usually been about a big sound, and there’s plenty of bombast on the record, but a particularly intimate tune is “Hate to See You Cry,” the song still cooks with gas, but feels like you’ve been invited to band rehearsal and they’re playing one of they’re favorites just for you. The one track I’m not sure about is the cover of the Elvis hit “Viva Las Vegas,” it’s played well, but they don’t do anything new with a song we’ve all heard a thousand times, if they’d have given it more of punk rock, crazy, “Psychobilly Freakout” treatment, or possibly turned into a ballad with Jim gently crooning over the bands best jazz-lounge act, just anything different, but if the worst thing I can say about a record is it has a slightly-better-than-mediocre Elvis cover, than that still pretty good.

So it would seem that the band has found a cozy, but unlikely home with Victory Records who usually work with punk and hardcore acts, but with this effort and 2014’s Rev, another strong entry into their catalog, Reverend Horton Heat seem primed to continue this burst of creativity and vibrancy. It’s a little ways away but be sure to mark your calendars because the Rev is stopping in Salt Lake City on February 15th to play The Depot. –James Orme