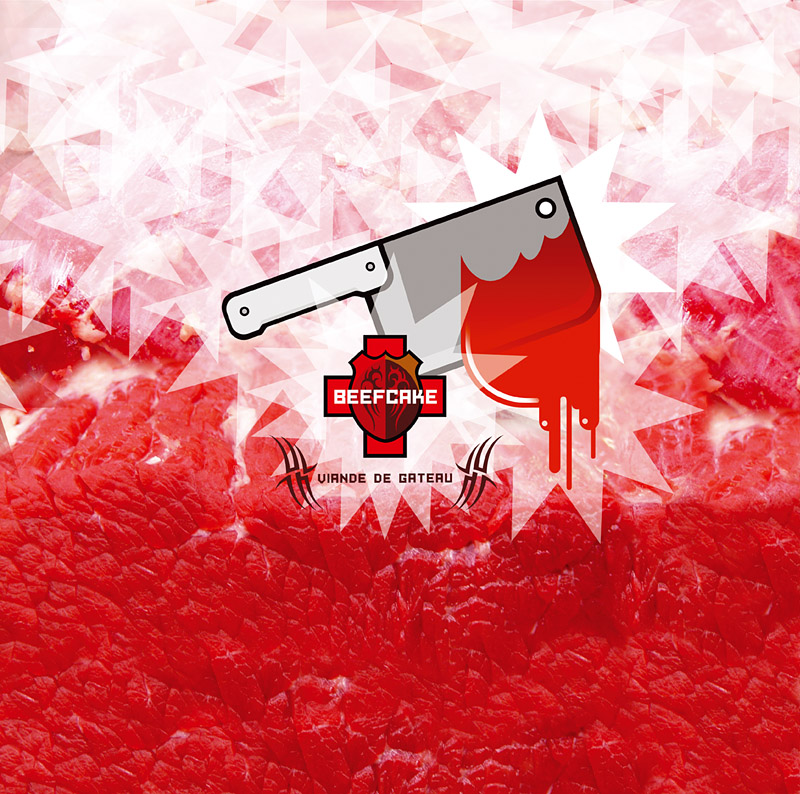 Viande De Gateau has got to be the biggest tease of this year. This 10″ vinyl contains a mere four delicious tracks that are incredibly satisfying, but will leave you craving more. It begins with “gv-001-2003″, super glitchy pops and break beats and lasts only four and a half minutes. Next on “gv-002-2003″, distorted piano layers and symphonic melodies begin at a distance and merge together and bubble into soft beats of minimal bliss.

Opening on side B is “gv-003-2003″ with one of my favorite Rachmaninoff pieces where the German duo blend groovy break beats to this amazing classical song. And lastly, “gv-004-2003″ is more down-tempo and synthy, slightly reminiscent of Boards of Canada. Viande De Gateau is listed as “plate number 9″ on Delikatessan Records – and perfectly fits the dish with small, but meaty proportions that only Beefcake could get away with.