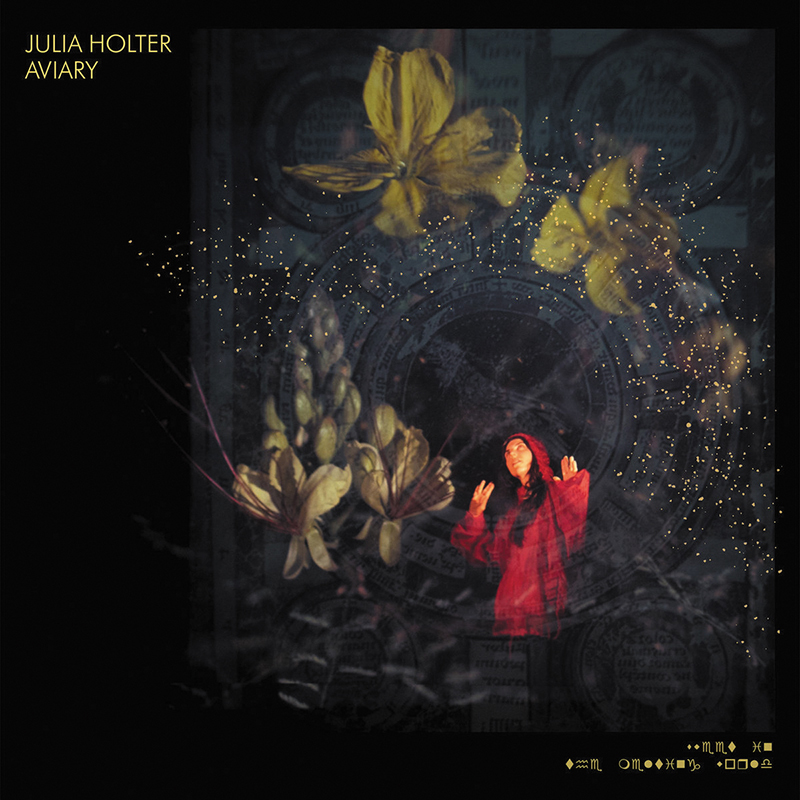 There’s little similarity between Julia Holter’s music from the beginning of the decade and its incarnation now. The lo-fi sound collages and bedroom pop that made up 2011’s Tragedy were slowly sharpened, especially as Holter added more live musicians and allowed her incredible voice to come to the front as a uniquely expressive instrument. If 2015’s Have You In My Wilderness was her most succinct, accessible effort to date—the stickiest hooks, her most upbeat numbers and coherent structures—Aviary is an aggressive step in the opposite direction. Across 15 tracks and over 90 minutes, Holter and her band offer a disorienting ride through some emotive, exhilarating music.

The opener, “Turn the Light On,” sets the stage for the renewed extremity. Atop a rhythmically free mix of washy percussion, harp rolls and swelling synthesizers, Holter delivers nothing short of the most impassioned vocal performance of her career. She melodiously soars as the harmonies gradually shift beneath her. Her usual band (Corey Fogel on percussion, Devin Hoff on bass, Dina Maccabee and Andrew Tholl playing strings) returns, with some welcome additions from trumpeter Sarah Belle Reid and Tashi Wada on synthesizers and bagpipes.

The newly expanded group’s power is present on “Turn the Light On,” and they continue to provide Aviary with incredible stylistic diversity. While there is a certain familiar airiness that looms over the entire thing, each track feels wholly different from the rest. The music constantly bounces between free-form improvisation and somber piano ballads, bouncy chamber pop and warped takes on Medieval troubadour music. Even within some songs (particularly during Aviary’s second half), there’s a sense of constant unrest, like on the goofy, multifaceted “Les Jeux to You.”

Holter’s love for pre-modern music has always been present, but these elements play out to their fullest on Aviary. Single-line melodies that wander and float, unresolved open harmonies and steady pedal tones guide much of the music. Some tracks forgo easily recognizable tunes in favor of chant-like progressions, placing special emphasis on the lyrics and tone, like on the back half of “In Gardens’ Muteness.” Atop a steady pulse of one piano note, Holter asks, “Will you remember the body / And what it does to you?” The music’s starkly minimal texture places special emphasis on the words, letting the surreal reckoning with a human’s physicality fully resonate.

This single line is only one of hundreds of potent lyrical moments. Holter freely moves between vantage points, languages and loosely connected subjects, and more than ever, there seems to be a special emphasis on the outside world’s effect on the individual. The songs reckon with environmental turmoil on “Whether,” fears of death on “Voce Simul” and others, but cohering meaning out of some of these purposefully obscure lines can be a challenge. Still, that doesn’t stop moments like the list of heavenly beings on “Everyday is an Emergency” from having an unnamable power in their delivery.

The culmination of this antiquated sensibility comes to fruition on the album’s proper climax, “I Shall Love 1.” With blaring pipe drones, heavy, sparse percussion playing and chanted group vocals, the track takes the repeated refrain of the title and turns it into a communal, triumphant celebration. It reads as coronation music, not for a single patriarch as much as for a hopeful humanity’s renewed optimism in the face of strife. –Audrey Lockie