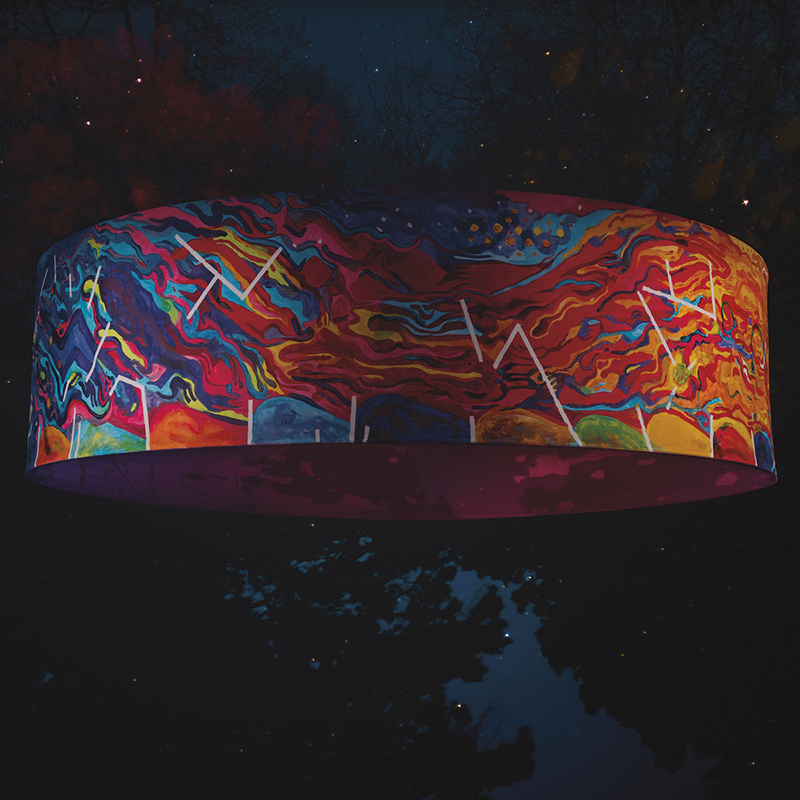 Originally performed as an audio-visual art piece, Bellowing Sun is the new album from multi-instrumentalist Jaime Fennelly’s ever-shifting music collective Mind Over Mirrors. Here joined by percussionist Jon Mueller, violinist Jim Becker and vocalist Janet Beveridge Bean, Fennelly creates expansive tracks built off of repetitive synth arpeggios, intricate drumming and long, steady drones. On the surface, Mind Over Mirrors sound like a plethora of their predecessors and contemporaries, but closer listening sets the group apart in both positive and negative ways. At times they feel like a flatter replication of classic synth-driven minimalism, but in key moments, the group shows what the future of this type of electronic music could be.

The best tracks here take familiar sounds into more complex and free-flowing areas. A track like “Matchstick Grip” move its rigid rhythms into a more danceable feeling that helps propel the track forward, while Bean’s lyrics solidify the surreal, psychedelic sense of rambling. Other tracks, like “A Palinopsic Wind” and “Lanterns on the Beach,” cut down on the incessant rhythms and longform development in favor of briefer ambient cuts. These tracks offer some nice respite and give the album some dynamism, but it’s ultimately the longer, more energetic compositions that stand out.

One of the more ambitious of these, “Vermillion Pink,” gives the album a much-needed burst of dissonance and aggression. The woodsy whistles sounds and slinking, Conrad-esque fiddle lines provide a warped atmosphere while the increasingly agitated percussion and drones raise the tension to its breaking point. The music never explodes—rather, it calmly recedes into the muted arpeggios of “Halfway to the Zenith,” showcasing Mind Over Mirrors’ reserved control over their music.

Mind Over Mirrors’ best contribution here is “Oculate Beings.” Doing away with the emotionally ambiguous, harmonically static approach the rest of the tacks take, the violin line has a distinctly folk-like quality. The thumping drum patterns feel infinitely more relaxed than the hurried motorik feel found elsewhere, and overall this track hints at what Bellowing Sun could’ve been. Drawing creative connections between different eras and styles of distinctly American music, “Oculate Beings” shows Mind Over Mirrors’ intention to do more than comfortably sit in the middle ground of the minimalist canon.

Still, especially toward its conclusion, Bellowing Sun attempts to reach a sort of serenity or enlightenment that falls a little flat. Instead of attaining the grand, harmonious resolution the group searches for, the album’s final moments move into placid New Age territory, like the musical equivalent of juice cleanses and hot yoga. In these moments, Bean’s vocals feel particularly kitschy, languidly moaning over “Twenty-One Falls” and playing the faux-guru on “Pause to Wonder” as she calls out to “the butterflies of the eastern.” These tracks verge on the senseless, druggy exoticism that we should’ve left in the 20th century in favor of more nuanced understandings of the connections between spirituality and music.

Thankfully, these two tracks sandwich “Acrophasing,” one of the most unique, rewarding tracks on the record. The synths, strings and vocals all drop out and give space for Mueller’s solo drumming. The rolling tom lines and steady rhythmic pulse recall Steve Reich’s “Drumming” or Midori Takada’s “Catastrophe Ʃ,” two pieces that use repetition and phasing to achieve the meditative, room-filling ecstasy that Bellowing Sun circles around but never quite attains. Perhaps the original, audio-visual context serves the album better, but the studio version of Bellowing Sun feels just short of the mark, though with enough moments of greatness to more than deserve recommendation. –Audrey Lockie