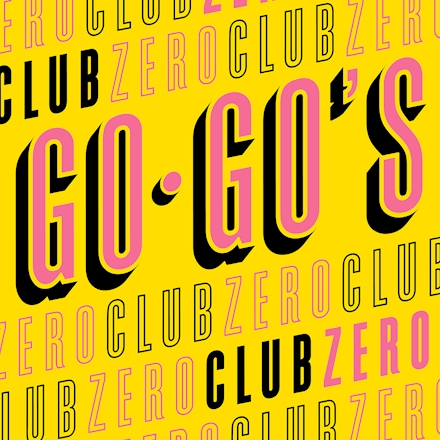 It always strikes me as most curious that when Belinda Carlisle puts back on her Go-Go’s beret, she always sings with her old punk-rocker attitude, as opposed to her sweeter and arguably more sophisticated solo voice, which is definitely more pop-leaning. And please don’t misunderstand this statement, Dear Reader—I love me some Carlisle either way. While the Go-Go’s as a group will always remain dearest to my heart, I can sing along giddily to more than just her solo hits.

So, when it was announced around the time of this year’s Sundance Film Festival and the premiere of their long-awaited eponymous documentary that the Fab Five had created a new song together via e-mail (and an early incarnation is presented as part of the documentary), I was über excited. This would be their first original creation since—gulp—2001’s underrated God Bless The Go-Go’s. That is an even larger gap than occured between 1984’s classic Talk Show and God Bless!

Giddily optimistic and even defiant at times, “Club Zero” is both an anthem and wake-up call for our troubled times. Plus, it has all the elements of the best Go-Go’s tracks: a great beat, a killer hook and an effortless confidence. Maestro drummer Gina Schock’s beat introduces a steady vibe via the killer guitars of Charlotte Caffey and Jane Wiedlin, joined to the ever-hypnotic bass stylings of Kathy Valentine.

At first, I thought one of these other Go-Go’s had taken lead vocal duties, but no, it is actually Carlisle using a deeper register, which proves to be surprisingly effective, especially with the song’s rally call to action. “The zero hour is upon us all / Tick tock, tick tock,” she teases, before the arresting chorus kicks in.

And what a chorus it is: “Hey, we got something to say / Gonna make the world shake / Ready or not, here we come / Better get out of our way,” they holler. After all these years, the other girls’ smooth playing is solid and sure, plus they still harmonize beautifully behind Carlisle. The jangly, swagger-like chime that appears just before the two-minute mark is especially effective alongside Schock’s drumming, all of which leads to the final chorus being sung-cum-roared by all. Welcome back, ladies, the revolution starts here!

“Club Zero” the studio version is now available via all streaming and digital merchants, on the eve of the debut of the documentary’s release. Much like those lovely new song surprises from 1994’s Return to the Valley of The Go-Go’s compilation, “Club Zero” is contemporary, catchy, relevant and shows that these “Girls Gone Wild” still have it. Is it sad to lament that I wish it were part of something bigger than just the documentary? Like, eventually a full album … hint hint! Fans know to never say never with the Go-Go’s. –Dean O Hillis