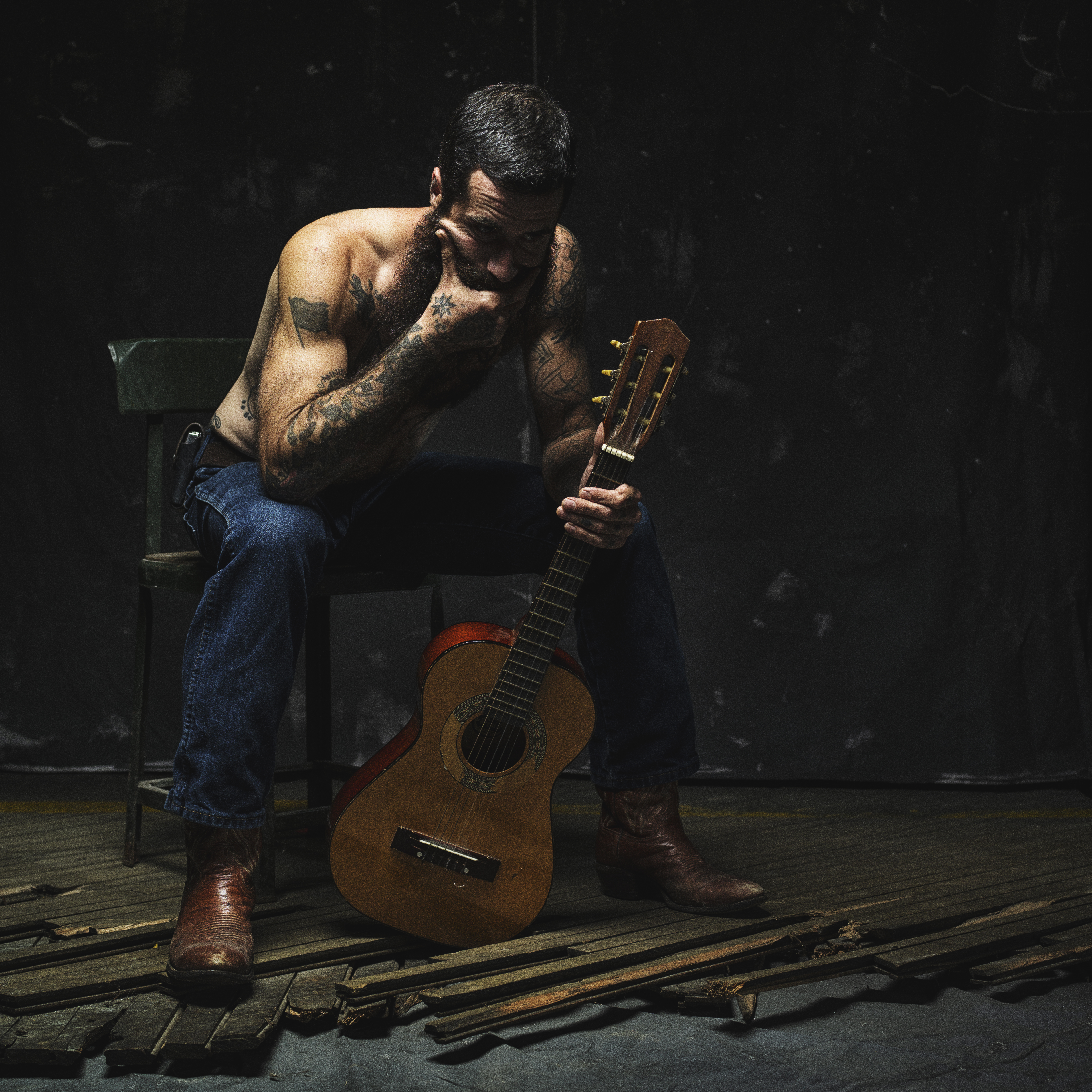 The Honky Tonk Journeyman: An interview with J.P. Harris

There is a connection between punk rock and roots music, I know that’s not a new or original notion, but the fact that some how Merle Haggard leads us to Black Flag, in some way, intrigues me to no end. What could it be that links these two seemingly disparate forms of music? I can and have spent hours going on about this, so I’ll cut to the chase, and tell you it all boils down to sincerity. Both of these genres live and die by sincerity. It’s not surprising at all that a few punk rockers end up playing country and americana music. J.P. Harris was not only been entrenched in the Bay Area punk rock scene, and has gone on an interesting journey to become a stalwart of country music—especially when it comes to honky tonk. J.P.’s life has taken him to some unusual turns, and it all seems to have been building towards him becoming one of the dos genuine singer/songwriters working today.

I got the chance to talk with J.P. about his journey and how he became a singer-songwriter that brings the past and present together in a concoction all his own.

SLUG: I heard that you were in the East Bay punk rock scene in the ’90s. What was that experience like?
Harris: I was there for about a year when I was 14, and I had gotten into punk rock a year or two earlier from getting into skate boarding and, you know, just generally being a bad kid. I got turned onto the legendary bay area scene, and I picked that out as a mecca of west coast punk rock,moved there, and squatted in few places around Oakland. We’d get chased out by the cops—this gang of punk kids that had all runaway from home.

I got a job at 924 Gilman St., which was already a legendary all-ages punk rock venue to us. I worked there for about nine months and at the age of 14, I was the youngest “key-holder” to ever work there, which to me and a very elect few, is a badge of honor. I was what they called ‘the clean-up coordinator’ which actually meant I was the trash kid. I look back on that time and I’m really grateful the the people running the place for putting up with me and steering me in the right direction. I still, to this day, take a lot of the lessons I learned in punk rock and put them into what I’m doing now, I may not put on punk records as much as I used to, but I definitely have a DIY ethic and put that attitude into everything I do.

SLUG: When did you make the transition into country and roots music?
Harris: Well, the punk scene I was a part of was very political and there was a lot of talk about self sustainability, creating alternative economies, and I just didn’t see anyone doing that and I just felt like I had to get out and do something to advance my life in some way and do something useful. So, I ended up living on and off of the Navajo reservation for about year in northeast Arizona, helping these elderly ladies, hoarding sheep, chopping wood and helping out some folks who were in a tough political situation. Then, after traveling around the country for two or three years, I landed in Vermont where I just kind of dug in to learning a bunch of different trades like carpentry, metal working, farming, and living in the woods where I didn’t have any power or running water for a damned 13 years of my life, and it all lined up with not needing material things or comforts. So, at first when I transitioned into living in mostly rural areas, I learned that punk rock sounds like shit on an acoustic guitar. I had heard my grandparents play country music and hearing the ’90s stuff on the radio, and by default, country and folk music became the soundtrack to that lifestyle and I started to see those correlations to the way I was living.

SLUG: How did living in these rural areas without power and running water affect you as songwriter?
Harris: I think experiencing that crazy life and experiencing things that most people never have, gave me a different point of view. It also brought me closer to the origins of the people that created this music, like how Merle Haggard grew up in an old box car or how the Carter Family came from Clinch mountain. It helped me identify with everyday peoples’ stories, I was ultimately exposed to the human condition more. Maybe it made me more compassionate to other peoples lives. They may not have my problems, but I can appreciate their struggles. Being able to take my stories and distill them down to something that’s a little more identifiable for everyone else is the fine art of good writing and good story telling.

SLUG: Fans of old country will veraciously defend it and they will travel many miles to see it live. Why do you think this music resonates so deeply with people?
Harris: There are a lot of factors to that question and I, being 35-years old, now, was born at the tail end of living a certain way. I’m apart of the last generation that knows a little bit of life without cellphones and the internet as well as the fast paced world would come from those things. I think when we see artists who are still in touch with that world—reaching back to something older and simpler—it allows them to have a breather from a the non-stop movement we’re all experiencing. The word “nostalgia” was developed to describe a condition that people suffered from, where they were yearning for a time they never lived in. Nowadays, the simplicity of the early days of country music makes people long for some aspects of the past that we should’ve held onto before we went barreling into the future. I definitely think our brand of country music tempers that feeling of sadness for a bygone time. Country music has a simple message that’s much simpler than the world we live in now.

SLUG: You seem to have a special talent for writing drinking songs. Where does that come from, and what makes a good drinking song?
Harris: You definitely have to have a good sense of humor. There’s an old Leadbelly line that says “If you see me laughin’ baby, it’s just to keep from crying, ” so, there’s kind of a sour, jaded sense of humor that you have to apply to a good drinking song. The other approach is just understanding and experiencing the ultimate lows that come with life, scrape the bottom and turn that into a song. It makes people feel so good, and helps them get through their own tough times. To be in a room with other folks and listen to really sad country songs is a cathartic experience. I’ve had lots of ups and downs with drinking, real rough periods and derailed parts of my life, and luckily, I haven’t in the past few years, but the songs allow people to laugh at drunken behavior and step outside of their own life for minute.

SLUG: With festivals and labels popping up all over to support more varieties of artists, it’s starting to feel like there’s a substantial movement to support roots music artists like yourself. Are we seeing a changing-of-the-guard, so to speak?
Harris: I hope so, but I feel like there’s a ceiling to what we’re doing. I used to rant and rave about pop-country and how its ruining the music I love, but the truth is that there’s a lot of people that like mindless, dog shit music. You’re not going to convince them that it’s dog shit, it’s not how that works. Luckily, right now, there is enough attention on artists like Sturgill Simpson and Jason Isbell that it hopefully leads to more artists being discovered by people, but it will never be what it was in the ’60s. I don’t think I’ll ever play to ten-thousand people, and that’s okay, I don’t need that to survive. If I can pull in six or seven-hundred people every night, then I’ll have a great career. I’ll tell you, most days I’m not on tour, I’m swinging a hammer. If I could just play music, that would be enough success for me.

J.P. sees himself as a tradesman and approaches his music career the same way he approached working as a carpenter. He works hard and gives his work all that he has. He’s not concerned with stardom—he’s more focused on the show he’s playing that night, the people he’s singing to and the sincerity of his message. He only knows his way of doing things, and that’s to be direct and thoughtful about what he’s trying to accomplish. (The State Room: 04.01)