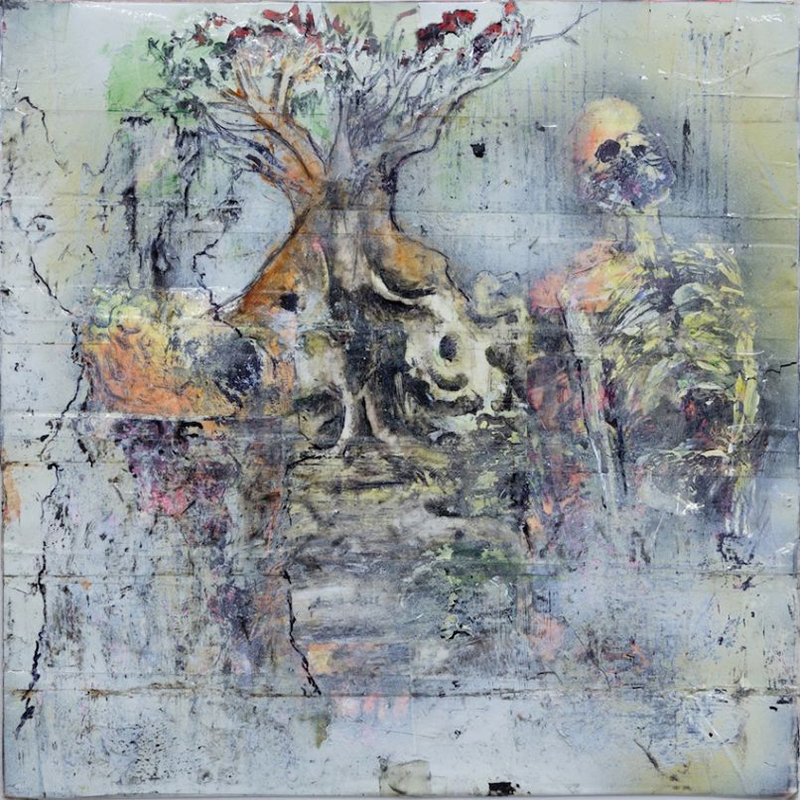 At this point, Wolf Eyes have released more records than most artists have tracks. The countless demos, live albums, compilations and cassette exclusives seem to pile up each year, and that doesn’t even touch what the members do with their solo and side projects. However, it’s still an event to celebrate when the group decides to release a proper studio album, one backed by a label and given a wide release. Undertow is out on Wolf Eyes’ new self-run label, Lower Floor, and delivers signature Wolf Eyes music, but with a more sedate and pensive flavor.

The title track opens the record and offers a good representation of Undertow’s style. A sluggish synth loop plays throughout the track while each member of the group takes a turn delivering short improvised phrases, atop at which Nate Young dryly delivers a spoken-word passage. The airy yet agitated flute playing and sweeping guitar lines that Wolf Eyes intersperse throughout are fluid and hypnotic, giving the whole track a woozy atmosphere. Young’s lyrics are cryptic as ever, but lines like “I spent too much time on an answer / Wanting to see if I’d ever grow old,” carry a sense of chronic dread, and the way the instruments answer each line elevates the tension to discomforting heights.

While the general instrumental makeup (guitar, woodwinds and electronics) is simple enough, how Wolf Eyes employ different sounds is unique. Often, it seems the trio plays with the signification of music, using common sounds and feelings in different contexts. “Texas,” one of the better realized compositions on Undertow, shows this element well. Throughout the track, a shrill blast keeps popping up that sounds like a distorted party horn, recalling carefree get togethers, but placing them against a distorted and menacing mirror. A similar thing happens when the flute shows up, delivering melodic and light phrases. Removed from the context of “Texas,” this would be joyous and celebratory writing, but it simply reaffirms the doom that the track presents.

“Thirteen” is the longest track here, taking up about half of the entire record. With how accomplished and varied the track is, it draws attention to itself as taking the ideas on the record the furthest. The repetition that characterizes much of Undertow reaches its full potential here, allowing for a fully immersive composition. The piece is divided into three distinct sections, each showing a different side of Wolf Eyes. The first is similar to the title track, full of Young’s spoken-word and thudding loops, while the second forms around a repeating guitar lick that sounds oddly like a surf-rock instrumental. Similar to “Texas,” the group takes these beach-party vibes into darker territory. The third section, however, is where the group pushes their music to its extremes. A driving hi-hat pattern forms the basis of the mix, giving the music a nervous energy and motion. The trio tops this beat with warped vocals, manic distorted guitar lines and saxophone skronks. The cacophony builds on top of itself as the track moves to its end, relishing in dissonances so sour they make skin crawl, while Young’s vocals sound like ritualistic incantations, their lingual value completely lost. On an album that shows a more reserved side of Wolf Eyes, “Thirteen” is a welcome finish. It finds a perfect balance between the newer, softer side that the group explores and their characteristic disregard for musical pleasantries. The blend is fantastic, and hopefully Wolf Eyes will perfect it in releases to come. –Connor Lockie