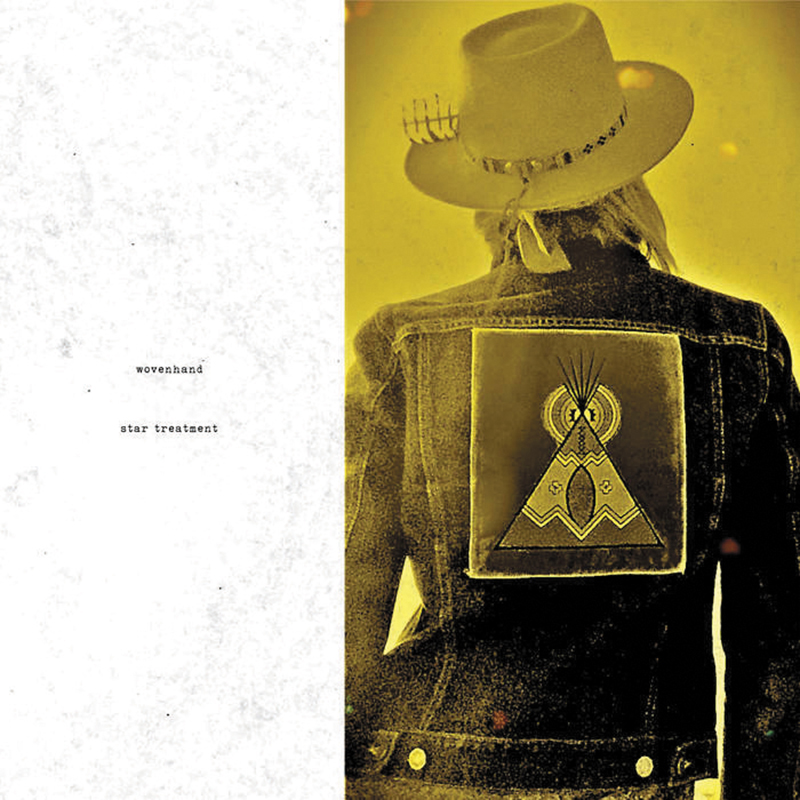 The last time I visited with David Eugene Edwards (16 Horsepower, The Denver Gentlemen), it was to interview him for 2014’s Refractory Obdurate, a drone-filled, folk-metal album dedicated to the notion of rebellion. He’s been relatively quiet until now, with the release of his latest LP, Star Treatment, which is about humanity’s relationship to the stars, according to their website.

If the last album was drenched in heavy drone, then Edwards et al. now return to the heavy sway of early Wovenhand or 16 Horsepower, with 11 tracks that cover a lot of ground but mostly take the listener back to the band’s origin.

The album starts with a big bang: “Come Brave” explodes with a strong punk feel that hints at Iggy and the Stooges, The Birthday Party and The Cult/Southern Death Cult. The track is relentless and angry, yet inviting. Edwards uses lots of Native American imagery, including the art for this single. I don’t know if this is an entreaty to an imagined figure or a reference to an 1880s rallying hymn, or maybe both: Whatever the point of reference, it definitely pumps you up for whatever is coming next.

What comes next is “Swaying Reed,” a six-minute experimental piece that seems more like an orchestral warmup or a sermon. The album picks back up afterward with the great “The Hired Hand,” calling back to 16 Horsepower’s early gothic-country stomp and slide. When Edwards commands, “Give up your dead,” I’m ready to give ’em up!

As I listened, I wondered if this album is a nod to the late, great David Bowie, whose final album, Blackstar, was released days before his death earlier this year. The references to stars and stardom seem unlikely to be mere coincidence, and “Crystal Palace” cemented it for me—there’s a definite spirit of Bowie in Edwards’ delivery. This song would have fit in perfectly with late-night 1980s alternative radio, its sticky dark crooning reminiscent of Bauhaus. My favorite track, the gorgeous “Crook and Flail”—that’s Egyptian iconography of kings as shepherds and harvesters—continues in the vein of Siousxie Sioux and Dead Can Dance, with swirling Middle Eastern and Indian instrumentation. There’s a touch of Dead Can Dance again on the slow burner “All Your Waves,” as well as a lot of Crime and the City Solution (whose keyboardist, Matthew Smith, also appears on this album), with its still-waters-run-deep intensity reminiscent of their earlier track “The Good Hand” or Cave’s “Lovely Creature.”

Rounding out the album are four more tracks that return to the original sounds of Wovenhand. “The Quiver” is slow and methodical, with Edwards’ trademark crackly old-time radio vocals and evocative country lyrics touched by a bit of psychedelia. “Golden Blossom” veers still more into 16 Horsepower’s scorched-earth territory, followed up by “Go Ye Light” and “Five By Five.” There’s nothing groundbreaking here, but it’s gorgeous, if not as memorable as other tracks. The final track, “Low Twelve,” takes me back again to Nick Cave’s earlier works—a great way to close out the album.

Listen to this while driving to Burning Man (or on any hot vacation road trip where you want a touch of dark Americana).

Wovenhand played Psycho Las Vegas in August and launch a European tour with Emma Ruth Rundle starting Sept. 12, hitting 29 cities in a little over a month. Find them online at wovenhandband.com.
–Madelyn Boudreaux