I don’t need to explain to you why 2017 was a frustrating year to live through. I can, however, hope to lighten the load a little with these albums.

I don’t need to explain to you why 2017 was a frustrating year to live through. I can, however, hope to lighten the load a little with these albums. Music has a healing power, and this collection of fantastic records showcases artists who expertly harness that ability. The important thing is that these albums aren’t full of lighthearted escapisms—rather, they carry a heavy load of darkness and find a way to live with and fight against a feeling of hopelessness. 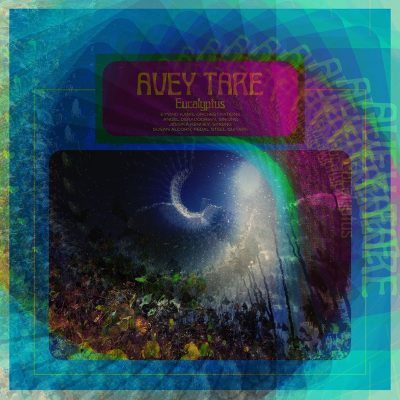 the contrary—that there’s still some life left in the Animal Collective diaspora. Not only that, but this David Portner solo outing is arguably the best thing to come out of the group this decade. The long, seamless album is closest in kin to the noise and warm acoustics of Sung Tongs, but with a decade’s worth of noticeable maturity in both craft and concept. Instead of that album’s gleefully childlike aesthetic, Eucalyptus comes with a feeling of perpetual anxiety that all the good things around you might fall apart at any time. When Portner sings that he’s “gotta stay up till sunrise, it could be the last time that the Earth makes it so,” he perfectly articulates the feeling of frantically trying to take stock in the face of an omnipresent sense of doom. 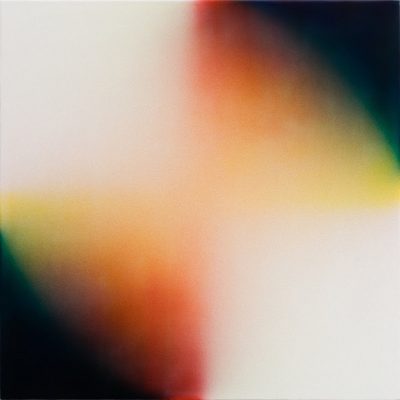 The type of post-minimalist chamber music that Bing & Ruth specialize in gives itself easily to somber emotions. The sustained harmonies, delicate midrange instruments and rolling piano lines can’t help but feel like the calming answer to a paranoid mind. Still, there’s something about David Moore’s approach with the group that hits especially hard. While the music seems to reach for something otherworldly, it never leaves reality. On the surface, these featherweight compositions feel void of any turmoil, but deep within each track is an overwhelming sense of dissonance and frustration. Of course, the ensemble always resolves their conflicts into a pleasing finish. No Home of the Mind is about as close as music can come to promising a better time ahead of us without sounding naively utopic. If the future at all resembles Bing & Ruth’s music, we might not be entirely fucked. 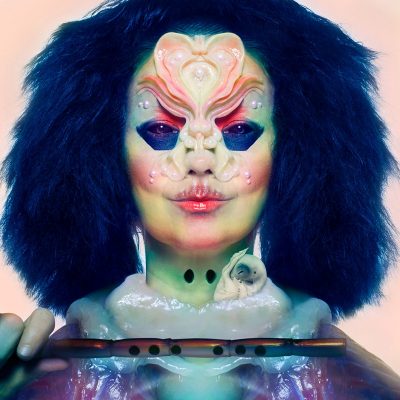 Björk’s mere existence is a good reason to get up in the morning, a characteristic that’s only furthered by the fact that she continues to make such incredible, forward-thinking music with each album. While Utopia lacks in immediate pleasures and compact songs, it more than makes up for this absence with an unapologetic senses of grandiosity, confessional lyrics and some of the most adventurous production on a Bjork album since Volta. Björk rides the fine line between self-empowerment and self-help with ease, sending up life-affirming cries on “Arisen My Senses” and letting a heavenly flute choir build an almost-too-pleasant atmosphere around her. Still, Utopia never teeters into cheesy or pandering territory. Every track feels vital against the forces that Björk outlines as continually keeping her happiness at bay. Time after time, she uses her music and celebrity to break down power structures, and Utopia is proof that she might be unstoppable. 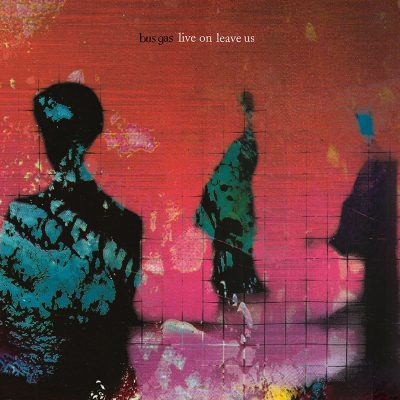 Bus Gas – Live On Leave Us

In the same vein as other albums on this list, Live On Leave Us hits the ambient sweet spot of so-pretty-it-almost-hurts, but with an added burst of noise and aggression. The two sidelong tracks each build from silence to explosive walls of sound, following a familiar formula without seeming like simple replicants. Bus Gas’ compositional approach is incredibly subtle, and changes happen almost imperceptibly. The movement from the lonely melody that opens “Top Ten Funerals” to the distorted chorale that closes the track is perfectly natural. The more agitated “Infinity Cymbals” features some guitar playing that can only be defined as “shredding,” something akin the “Maggot Brain” solo remixed by Ian William Craig. The music constantly reaches new, towering heights of technical skill and emotion. Bus Gas doesn’t use this power to stun or assert dominance, rather to create an atmosphere of intense feeling and sympathy. 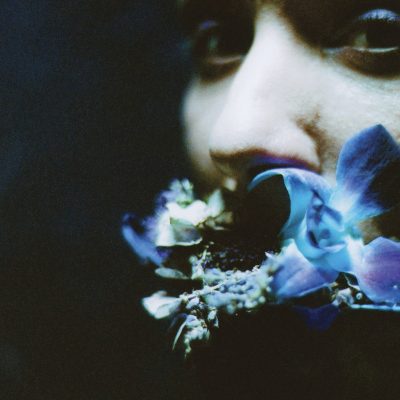 With its ambiguous lyrics, wayward song structures and highly experimental instrumental performances, Reaching for Indigo shouldn’t be nearly as immediately rewarding as it is. Haley Fohr has accomplished the daunting task of making inaccessible music accessible, creating a record equally full of dense, intricate compositions as it is pure expression. “Black Fly” begins with hushed folk textures and somber lyrics about individuality before exploding into a free-wheeling instrumental coda that never seems to exhaust its energy. Moments of levity like “A Story of This World Part II” offer needed respite from unceasingly bleak tracks like “Philo” and “Falling Blonde,” keeping Reaching for Indigo from succumbing to the dark forces surrounding and informing its story. While there’s certainly a dismal atmosphere to the album as a whole (and “Falling Blonde” is far from a happy ending), Fohr uses ecstatic, colorful music to bring things into brighter territory. 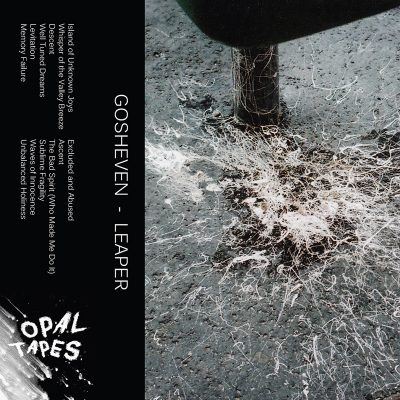 A series of compositions experimenting with non-equally tempered tunings, Balint Szabo’s music sidestepped the eerie dissonance of most non-traditionally tuned music. Instead, he used these unfamiliar and often jarring harmonies to create moods of nocturnal solitude and nostalgia. The riffs on tracks like “Whisper of the Valley Breeze” and “Sublime Fragility” are inexplicably emotional, only compounded by the album’s exploration of current societal ails. The former features an electronically-manipulated voice lamenting that “I should have become really something, like a male predator full of lucrative lust,” a phrase that’s even more telling now than it was upon Leaper’s June release. As “Unbalanced Holiness” closes the album with a grand organ cadence, Szabo’s vision feels complete. The subtle, reverent mood puts a sacred feeling onto his music, creating an album that’s an important testament for navigating life and finding new ways to create both within and outside of music. 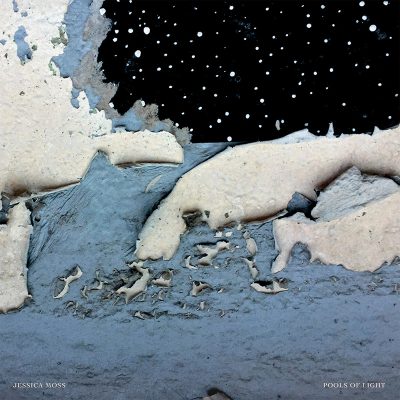 While this entire album is more than worth your time, it’s really the opening composition that stands out. The four-part “Entire Populations” suite layers Moss’ violin lines on top of each other in haunting, gratifying ways, building to grand climaxes and receding into moments of tense, reserved playing. Every harmony feels deeply menacing, and her ability to craft such a massive composition out of so little material is awe-inspiring. The repeated vocal lines on “Entire Populations, Pt. II” calling out “entire populations we don’t see” felt at once like a lament, a warning and a call to arms. Though there’s no clarity as to exactly what the implications of this mantra are, there’s something potent about Moss’s obsession with the potential power of unseen, unrecognized forces. Whether this is promising of terrifying is still to be determined, but it’s most important that we seek to uncover these hidden figures. 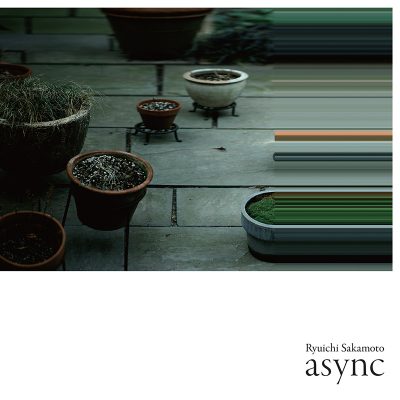 Recorded during Sakamoto’s treatment for throat cancer, async is an album that addresses heavy concepts with abstract but overwhelmingly cathartic music. Each track deals with a specific texture, keeping every turn on the album exciting and unpredictable. The violently plucked strings on the title track initially sound unrelated to the nostalgic ambience of “fullmoon,” but their adjacent placement creates a mood that mediates anger and remorse. “andata” is one of the most heartbreaking pieces of instrumental music I’ve heard all year, while the highly tense “ZURE” rides an emotionally ambiguous chord progression until it slowly disintegrates into static. By the time this relatively lengthy album closes on the heavily reverbed synthesizers of “garden,” Sakamoto has thrown the listener through so many different states of feeling that this quiet, airy ending feels like the music has reached its final state of ultimate serenity. 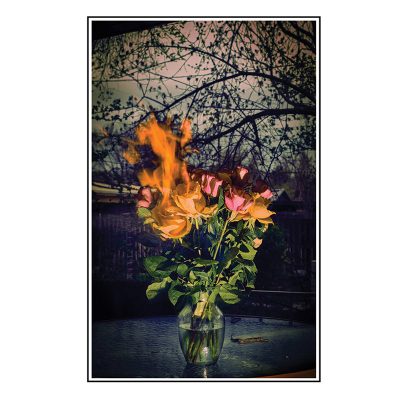 It’s interesting how simple repetition can alter music. While there’s certainly more to Sympathy Pain’s compositions than hitting a loop button, the focus on repeated phrases is one of the things that gives their music so much power. The already sentimental melody on the title track only grows in emotional weight as it cycles over again and again, hypnotizing the listener into a state of deeply emotional meditation. As static slowly envelops the music, the melody falls into the background until it’s fully buried at the close of the track. After one motive makes itself clear for nearly 13 minutes, living through its demise feels like losing something treasured. Listening to Tangled Molten Skull is like watching beauty fade before your eyes. While there’s never anything you can do to stop it, there’s something powerful about forcing yourself to undergo and understand the inevitable process of loss. 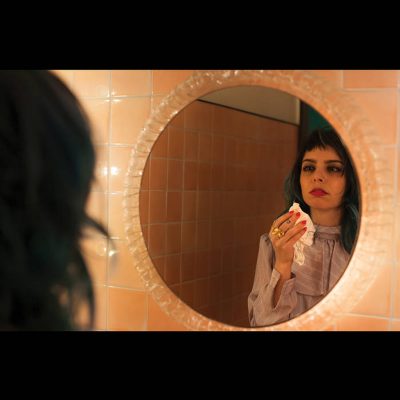 Natalie Chami’s music as TALsounds occupies a special place in contemporary synth music. Somewhere between Robert Aiki Aubrey Lowe’s cold textures and Oto Hiax’s overt sentimentalism lies Chami’s unique blend of passionate vocals and diverse treatments of her keyboards. Love Sick is the best iteration of her style thus far, a wonderful set of tracks that feel both disarmingly intimate and cosmic. This album never gives away whether it’s sick with love and sick of love, instead exploring both its individual healing power and its potential disguise as an empty promise. Tracks like “I Can’t Sleep” and “Oceans Passed” are pure bliss, but elsewhere the layers of keyboard harmonies build into states of turmoil and distress. These competing qualities never feel to outweigh or contradict one another. Rather, Chami combats them to create an album that tackles an admittedly corny subject, but with an intensely modern, realistic feeling.