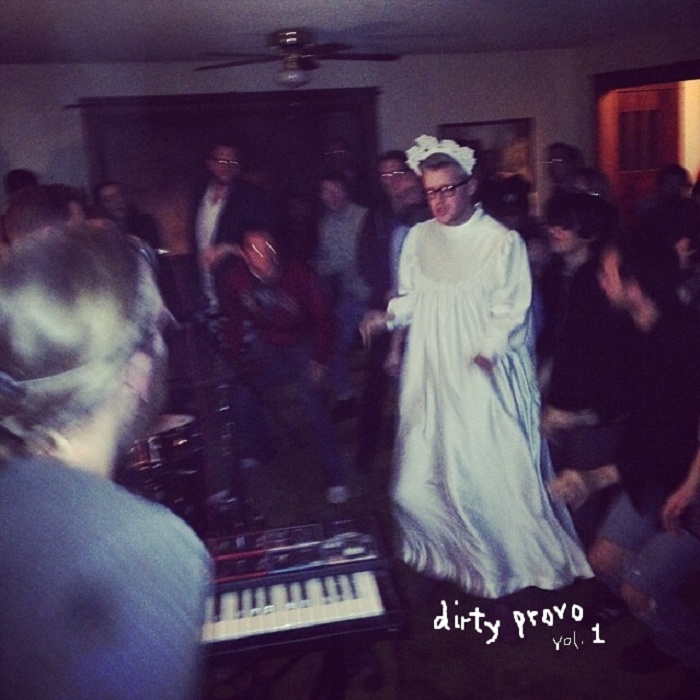 Various Artists
Dirty Provo Vol. 1
Self-Released
Dirty Provo Vol. 1 = Death By Salt Vol. 1 + Weird You Out!
It seems like Provo’s music scene has been constantly pregnant for the past decade—steadily giving birth to glistening, new indie-rock babes. Jacob Hall recognized this when he moved from Salt Lake City to Provo last May (his cousins offered him a free place to stay). Hall had just emerged from a failed relationship and was taken aback by the community’s support of Provo’s weird yet incredible music scene. Hall befriended zinesters Lily Lovell and Brett Richmond, who were working on Dirty Provo, a zine showcasing the town’s artistic talent. Hall suggested that they collaborate and that he curate a music comp to accompany its release. Dirty Provo Vol. 1 was thus born. Dirty Provo Vol. 1 showcases a wide variety of musical genres in 24 tracks. It starts out with six folky, prog rock songs from Lydians, Salazar, For All The Girls, JP Haynie, Devin Powell and Nick Ottely, who provide listeners with an easily digestible, steady glide into the comp. Track 11 is where the album takes its first musical shift, with Ben Nest’s “Fading.” The next six tracks are electronica pieces and some of my favorite works on the album. We hear incredible digital compositions from The Angel Magic, Mooninite, High Counsel, Valerie Dore, DJ Rashad and DJ Manny. Many of the songs in this block are instrumentals. Next up is RS2090, a sort of experimental hip-hop track and an audible cue to the listener that the music genre is shifting. Bright Whistles follows with an avant-garde jazz feel. The real meat of Dirty Provo Vol. 1 ensues with the beefy, medium-rare flavor of Big Trub’s “Out of My Head/Gold Boulder (live version).” The final nine tracks are just as tasty, landing in the camps of rock n’roll, psych, garage and cuddlecore. These are gems from Bummerwolf, Extraplanet, Baby Ghosts, Regal Beast, Temples, Lake Island, Homecomings, Gils and Salazar. Dirty Provo Vol. 1 makes a strong debut documenting a small-town scene worth learning about. –Angela H. Brown