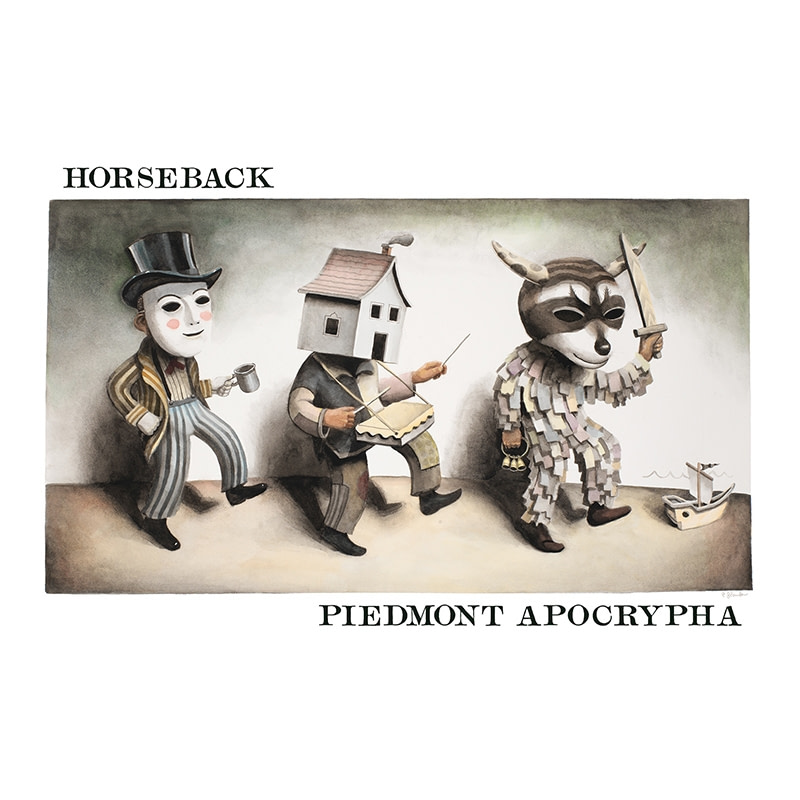 Jenks Miller, the father behind Horseback’s latest album, Piedmont Apocrypha, has again created a twined nest of experimental sound by combining a base of seething feedback and altering levels of oozing drone. The album as a whole lifts up the listener in a cradle to help see Miller’s vision of music as a single, fluid entity with this nongenre specific album. Piedmont Apocrypha is built of basic, sorrowful layers of experimental sounds to create a murky, complex organism out of finite notes. Upon listening through the album a few times, the small amount of diverse sounds work in such a way to create a denatured harmony of noises. The song after which the album was named gives the best examples of this denatured harmony, allowing the rest of the album to quietly follow. “Consecration Blues,” the fourth song off the album, gives a hushed whisper of slow-moving, drawn-out tones, combined with soft jazz brushing on top. This song is a great break for what develops in Track 5: “Chanting Out The Low Shadow” slowly builds layer by layer, easing in the signature drone felt throughout the entire album. The same, repetitive guitar riff anchors all other instruments until an uncommon vocal element is added to the song. Vocals consisting of poetic lyrics act as a contrasting element to the song, and ultimately, the album as a whole. The song leads into vocals of croaking, dissipated raspiness, followed by mellowed speaking over the music. The 17-minute song ends the 40-minute album, mirroring the way it began, giving out a small amount of tonal talking. Not only is this album sonically pleasing, the cover artwork is visually enticing as well—it’s friendly and childlike while running parallel with an eerie underlying darkness found in the music to match. –Joshua Joye