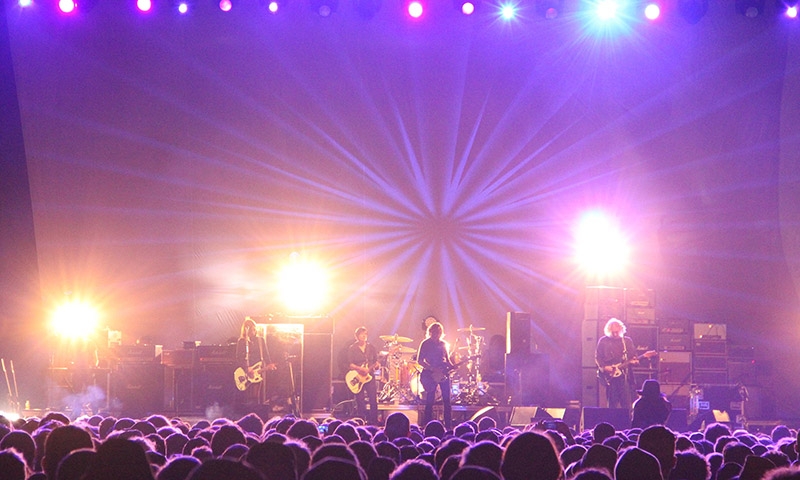 Street: 02.02
my bloody valentine = Pink Floyd’s The Dark Side Of The Moon + My So Called Life + Ride

Twenty years of rumors, side projects and silence after my bloody valentine’s Kevin Shields announced the band’s progress on a follow-up to their shoegaze genesis, Loveless, my bloody valentine self-released m b v along with a deep sigh of relief—and a few computer glitches. The past couple of years have dug up bands long in the grave, thirsting for a second round of youth, pandering to Millenials with synthetic nostalgia and stale new releases. Though the band is the brainchild of Irish teenagers in the ‘90s, my bloody valentine’s m b v stands out as an organic output incubated into perfection and birthed at just the right moment to head our generation’s reclamation of ’90s attitude and aesthetic. The album is undoubtedly blood-related to the now-diefied Loveless, but repeat listens reveal its maturation from the latter’s skinless sensitivity to an album comprised of more thoughtful litanies than nervous ballads. m b v begins in whispers with “she found now” and a subdued taste of bendy guitars; “only tomorrow” picks up the fuzz, swimming in reverb. “is this and yes” serves as an angelic respite; “new you” throws back to ‘88 mbv with an identifiable melody. “in another way” combines galactic keys with a bouncy guitar rhythm, while the upbeat locomotion of “nothing is” provides a “Laser Floyd” experience that barrels into the final “wonder 2”—an amalgamation of the album’s tracks. m b v has been a part of the public’s consciousness since 1996—highly anticipated, fantasized, dramatized. It’s rare for anything in life to satisfy hopeful expectation, but my bloody valentine have restored faith in patience with this rewarding release. –Esther Meroño