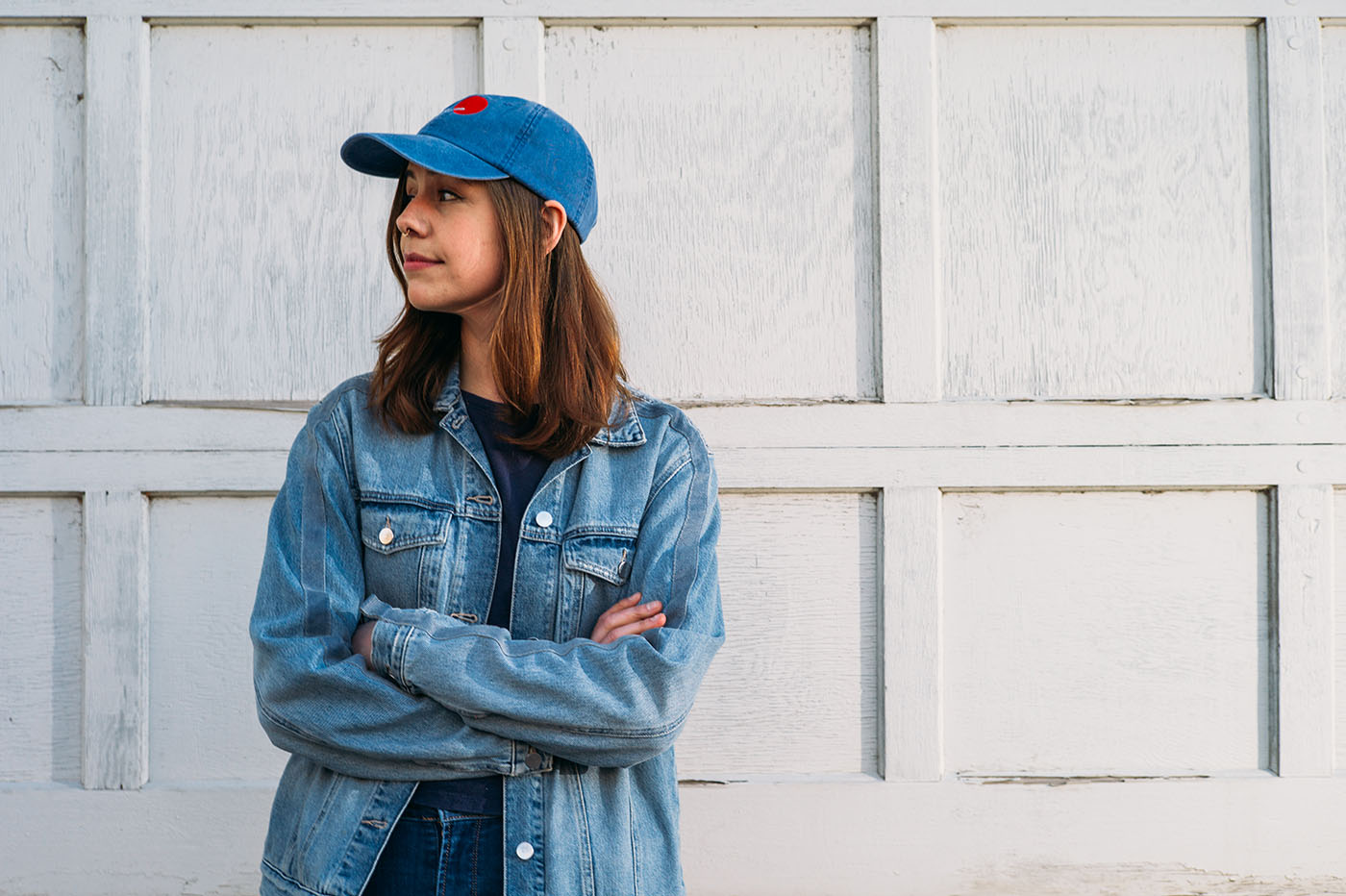 Josaleigh Pollett spent 2019’s weekends with her bandmates in a hangar at the Ogden-Hinkley Airport recording her new album, No Woman Is The Sea. If you visit the airport on Google Earth, you’ll find that it has World War II and small-town vibes, with light aircrafts and small, private planes peeking around. Maybe I’m romanticizing the place, but as unusual and interesting as it is, it prefaces the album perfectly. Pollett and her team have managed to achieve an indie rock–folk fusion sound that’s smashing and layered with intensity. There are times when it feels completely rock and others when it feels more blues and folk inspired, but the two are married perfectly.

“While we’ve been making it this whole time, I’ve been calling it my divorce record,” and that’s definitely what it is.”

Casey Romney, who plays guitar and keyboards for the band in addition to mixing and recording, had connections to the airport through his dad, who built a soundbooth there. Pollett describes the recording space as “this little corner of this big garage that we recorded vocals and some smaller instruments in. Then, out in the big garage area, there’s an old Corvette and like, half of an airplane, and that’s where we did drums, some loud vocals and some stringed instruments.”

For Pollett and her musicians, No Woman Is The Sea became highly anticipated. “I am really really proud of how sonically good I think this record sounds,” Pollett says. On this record, Pollett gained a few more bandmates that collaborated with her on the construction of the album. She speaks highly of them, grateful for the input and energy they gave the songs, taking them from her usual stripped-back folk vibe to a full-sounding indie-rock record.

“It gave me this new voice and new power that I never felt like I had before.”

The project started when Romney recorded basic guitar tracks and vocals of Pollett and her electric guitar. “Jordan Watko had gotten his hands on all of these scratch tracks,” Pollet says, “He said he had all of these big ideas for these songs—saying we should do a full band, flesh out all of these sounds, do really cool things and get really ambitious with it.” Watko became a guitarist and keyboardist for Pollett and worked together with Romney to mix and—ultimately—produce the album. Spencer Howe (bassist) and Carson Wolfe (drummer) joined the mix to bring the songs to life as the rhythm section the tracks deserved.

When I asked Pollett about the writing, though, it surfaced a completely different story. “While we’ve been making it this whole time, I’ve been calling it my divorce record,” she says, “and that’s definitely what it is. When I was younger and writing songs, I was imagining myself as this big, vast body of water—this big ocean that could not be contained. And then my divorce [finalized]. The feeling around that was this really humbling experience. When it comes down to it, I really am just a person that’s very able to be hurt and to have the rug ripped out from underneath me.” Before her marriage, Pollett talks about her year in 2017 when she lost her stepdad to suicide. A few months later, Pollett got married, causing the grief to fester. She felt that because of this, she became very uncreative and anxious for the remainder of her marriage.

“When I was younger and writing songs, I was imagining myself as this big, vast body of water—this big ocean that could not be contained.”

Pollet explains that at the end of 2018, her divorce went through, and within two weeks she bought herself a white Gibson Firebird. “I wouldn’t have been able to finish writing those songs without this guitar,” she says. “It gave me this new voice and new power that I never felt like I had before.” She explains that her life at that time consisted of a day job, getting done with work, drinking tequila and writing this album.

One of the singles released prior to No Woman is the Sea was “Crying Wolf. The song is about Pollett wrestling with the decision to leave her marriage. In the chorus, she sings, “Are you sad enough to say that you’re sorry?,” as in, sorry for leaving. She explains that she wrote that line as an inner dialogue to herself. Pollett says that it was her way of saying, “No. Even if this fucking hurts, this is the right thing to do.” When the track plays, there’s this resounding bass-synth backing her up, a groovy beat, sassy and bluesy guitar chords and a gut-wrenching vocal line. It radiates this vision of a woman who walked through hell and back but is done with the bullshit and decided on what she wants in this world.

Josaleigh Pollett and her team have worked with Lavender Vinyl in her hometown of Ogden to release No Woman Is The Sea. In addition to Lavender Vinyl, you can purchase her record at Graywhale and digitally on Bandcamp at josaleighpollett.bandcamp.com. So head to your living room or anywhere you can get wifi and prepare your glossy eyes to stream Josaleigh Pollett and the band’s live show at SLUG Mag’s Virtualized.