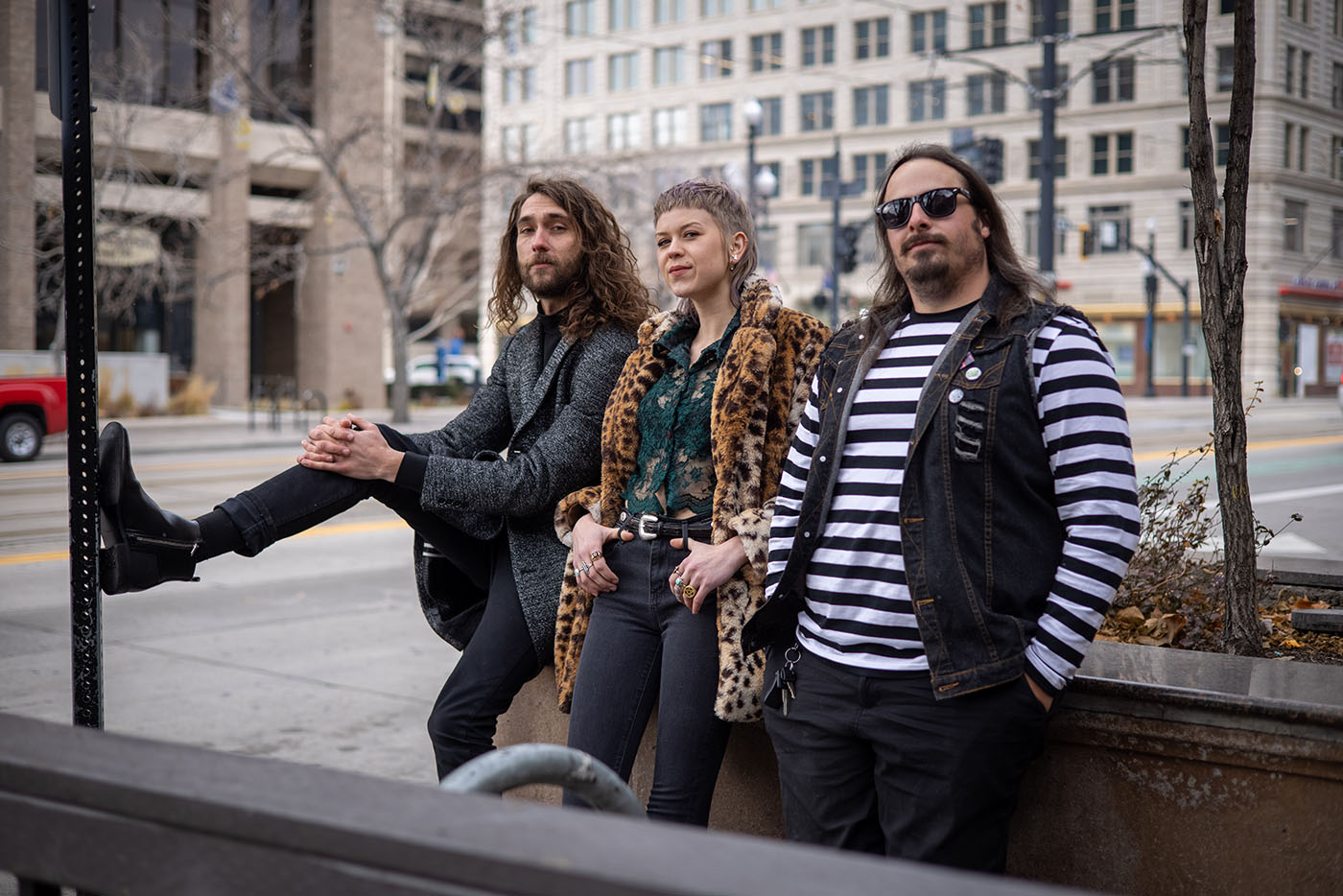 In 2018, under a hot October sun in Joshua Tree, the Desert Daze Music Festival was in full swing for all the feel-good oddities who attended. The heavy-hitting psychedelic sounds that were swept up in the winds melted around all kinds of concertgoers. Two attendees in particular, Bridger Croxford and Dylan Almond, were completely drawn into this atmosphere, inspiring them to want to create music within this same vein. This began the formation of The Fervors, one of Salt Lake City’s premiere neo-psych bands. Now, three years into their journey, they are headlining SLUG’s March Virtualized Showcase alongside Valerie Rose Sterrett and Skumbudz.

Still buzzing from their attendance at this music festival, Almond and Croxford quickly started to develop The Fervors with Almond on guitar and Croxford on drums. “[It was the] first music festival I had gone to and was completely blown away by [the] music,” Croxford says. “Dylan and I just wanted to be able to share our version of [the] music once we saw how many people enjoyed sharing it with each other, so we started our band.” What began as an instrumental two-piece eventually grew into Almond doing vocals as well as the addition of bassist River Rose Haggerty eight months after the band’s official conjuring.

Improvised jam sessions are the basis of how this trio becomes inspired to write music. “We basically start with a bunch of sound and find a groove. That’s what really sets it all off,” Croxford says. “Sometimes if we’re all loving the jam, we’ll stop and record what we’re doing so that we can build off of that,” Almond says. With outside influences like King Gizzard and the Lizard Wizard and the Oh Sees, Almond and Croxford agree that “improvised freak jams are definitely the end goal.”

“[We are] just pushing to be the best we are—as people and as a band.”

This was their mindset when endeavoring to record their latest EP at Aggressive Audio with sound engineer Flip Twogood. This experience ignited the morphing of the band’s dynamic. “The EP was recorded when we were still a two-piece band,” Almond says. “[We] went into recording as an instrumental band and came out with vocals.” This meant Almond had to adapt quickly to this newly added skill, on top of playing guitar since the first three songs of the EP were recorded live as one long jam session. “Not traditional tracking as far as recording goes,” Croxford says, “[but we] just like to feel in the moment, that, it felt right to record.”

As “in the moment” as the recording process was, their four-song EP, titled EP, comes across as intuitively organized. Flowing between sounds of psychedelic blues to krautrock, this debut from The Fervors cements a solid base for their sonic experimentation. The three songs that were recorded within one live jam, each titled “William Blake,” either Pt. 1, 2 or 3, creep from one another seamlessly while still offering a new melody for each tune.

The Fervors released this EP last year on Feb. 29—just a couple weeks before the pandemic struck. Oddly enough, they say some of their best music moments have happened amongst the chaos that was 2020. “We’ve played some amazing shows with [some of] our favorite local bands like Say Hey, Lord Vox, and Mortigi Tempo,” Almond says. But they are excited for the post-pandemic future where touring can be a viable option again. They are hoping to return to their favorite music festival as a band on the line-up. “Desert Daze is our home festival,” Almond says. “The ultimate goal as a band is to shred the block stage melting peoples’ minds.”

“The ultimate goal as a band is to shred the block stage melting peoples’ minds.”

Until then, they are full steam ahead with a few more projects in the works such as making merchandise and recording two tracks with Indiana Sands. “He came and turned our house into an awesome studio,” Almond says. “His set up was beautiful and it was really excellent to record in our jam space with all our toys on hand.” This type of dedication has pushed this band to evolve so quickly from their first jam session three years ago. With adding bass, vocals and practicing at least twice a week, “[We are] just pushing to be the best we are—as people and as a band,” Croxford says.

As for concertgoers to their shows, Croxford and Almond want the audience to receive a simple but critical message from their music. “We just want them to rock out and have a good time; hoping the music gets the emotions going,” Almond says. “That is where we got the name Fervors, after all.” With such an intense emotional descriptor as a band name, The Fervors deliver a unique sound that is just as captivating to listen to as other bands that have been on Desert Daze’s past bills.

This is The Fervor’s first time headlining a SLUG Virtualized Showcase. With this being the photography issue, there is not another genre than psychedelic that pairs better with visual stimulation. Alongside the eccentricity of Valerie Rose Sterrett and Skumbudz will make this a virtual show you will not want to miss. You can catch them on March 19 at 8 p.m. on SLUG Mag’s YouTube channel.