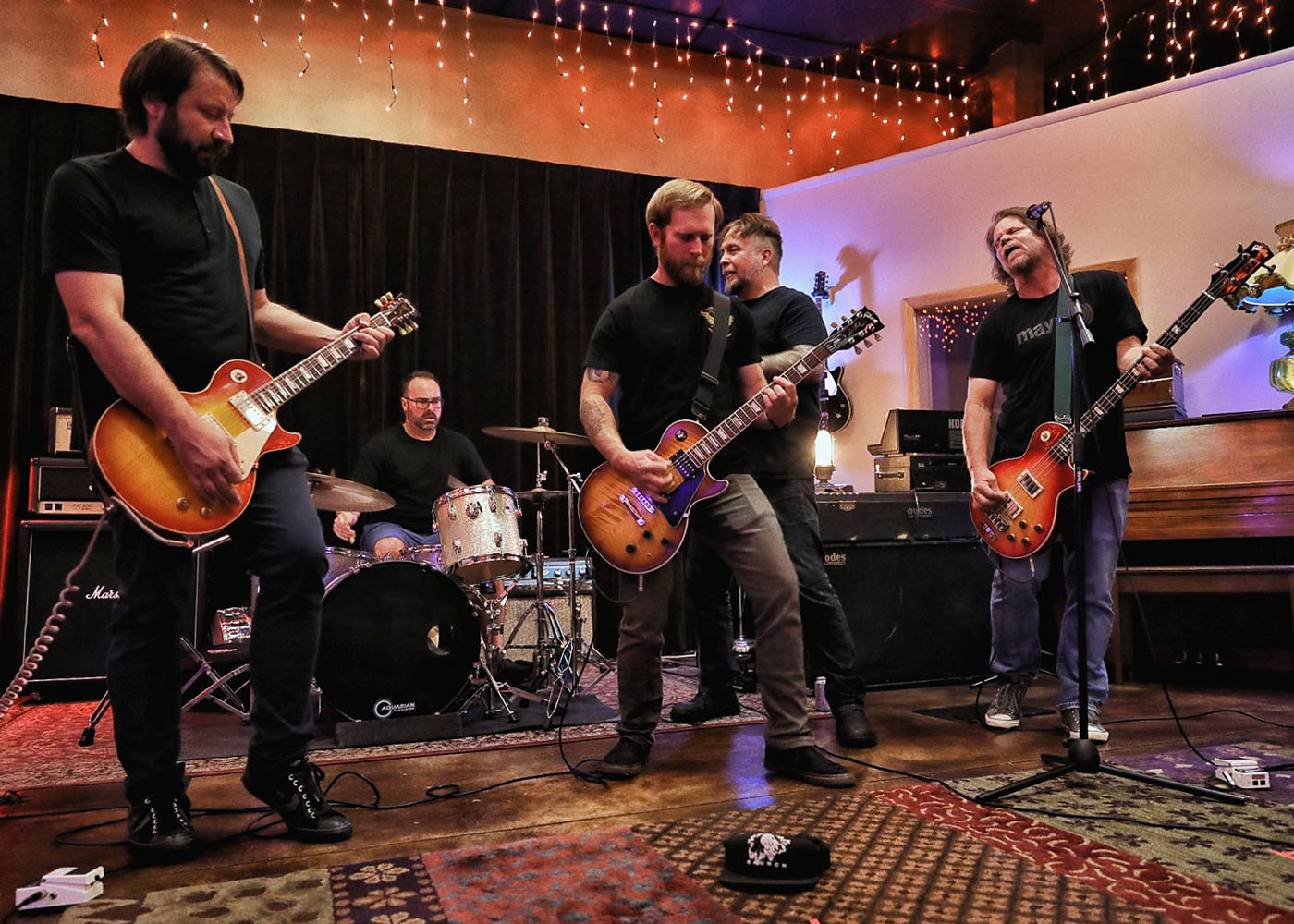 Throughout the year, we’ve had to adapt to social distancing and gathering restrictions, but this December, SLUG will host Virtualized as a safe, virtual way to celebrate local bands from the comfort of your own home. Premiering on SLUG Mag’s Youtube channel on Dec. 18 at 8 p.m., the virtual live show will feature bands Thunderfist, Fat Candice and Los Rojos. Even though going to a venue and rocking in person isn’t an option, fans can still cozy up around their TVs, phones and computers to get a dose of rock and roll.

The year 2020 has changed everything. Sickness has taken over, and staying inside has become the new norm. People everywhere have been reevaluating their lives and trying to figure out how to stay sane within the confines of their homes. Despite a shattering earthquake, powerful windstorm and continuing doubt about the state of the world, one thing is certain—2020 is one for the history books. But, we have slowly discovered ways to keep ourselves safe, happy and entertained. Concerts were a time for bands to connect with fans and share an evening of music and good vibes. Even though 2020 has interrupted that connection, bands like Thunderfist are looking to the future, hoping to share more memories with fans virtually.

“We love our people. We miss our people,” says Thunderfist vocalist Jeremy Cardenas. The last show the band was able to play before COVID-19 hit was last November at Big Willies in Salt Lake. “This shutdown has been so hard on us and our friends,” says Cardenas. “We look forward to bashing it out again.” He mentioned that Thunderfist shows rely on being “in your face,” but the last thing the band wants is to put anyone in danger. For some, staying at home and finding things to do has been a good break, but not for Thunderfist—they’re ready to get out and get rocking again.

Despite the inability to physically connect with fans, Thunderfist has used the time to write new material. Their last album, Thunderfist, was released in 2012, and a new album has been in the works for some time. Because of the global pandemic, the new material contains inspiration from the virus and lockdown. “So many new songs have come from this,” says Cardenas. “All COVID themed—you guys will be impressed.” Thunderfist is known for their hard, fast and classic-sounding rock. Their ReverbNation profile mentions that to get the perfect sound, they need vintage Marshall amps, Les Paul guitars and beer. It’s easy to hear these elements in their music without being told. Hearing Thunderfist for the first time draws parallels to classic rock groups such as Mötley Crüe and The Offspring, infused of course with signature Thunderfist nuances—humor being one of them. Thunderfist has a good sense of humor, and they love to have a good time. It’s evident while listening and reading the titles of their songs, such as “The Wizard’s Lament!!”

Only a band that’s been together a long time can pull off the antics and fun that Thunderfist does. The band has been together since 1998, and according to Cardenas, there have been many incarnations of Thunderfist, but the group they have right now is the most solid. “We are like brothers at this point and can pretty much anticipate each other’s thoughts when it comes to serving the song,” he says. “One consistent thing is every members’ love of rock.” Cardenas himself started playing music in 1996 and wanted to bring together a group of friends to jam with. “It was a response to a lack of loose-based party rock,” he says. “I felt SLC was missing one big element: There weren’t many folks like me around.”

“We are like brothers at this point and can pretty much anticipate each other’s thoughts when it comes to serving the song.”

In the eight years since their previous album was released, Thunderfist hasn’t put out new music. On making new music, Cardenas laughed and says that the main thing that gets in the way of additional music is “sheer laziness.” There are new songs in the works, though: “It’ll be epic when it’s done,” Cardenas says. Because of their closeness, recording new material is enjoyable for the group. “Mike Sasich, our guitar player, is the best at understanding what we need and want sonically. Other than Jack Endino, who we’ve worked with in the past, I wouldn’t go to anyone else.” Endino is a well-known producer and musician who worked in the burgeoning grunge scene in the ‘90s with notable acts such as Mudhoney, Soundgarden and Nirvana. Cardenas calls their recording process short and sweet. “We try to record as much at the same time as we can, and then nailing down the mix and putting some heft to the sound are our priorities,” he says.

COVID-19 has had a huge impact on the entire world, and that doesn’t exclude SLC. Earlier this year, local concert spot In the Venue closed due to COVID-19. As small as it was, it was a popular hangout for many over the years. Thunderfist feels for the venues and bands that have felt the effects of the virus. “I hate to say it, but so many good venues and bands have been destroyed because of this,” Cardenas says. “The loss of venues and close friends has been tough.”

As we continue to navigate through the pandemic, the hope is that things will improve, and we can eventually get together again. In the meantime, SLUG Virtualized will take place on December 18 on SLUG Magazine’s Youtube channel at 8 p.m.. Thunderfist is excited to play music for their supporters. And the one thing Thunderfist wanted everyone to know was that they love and miss their fans.