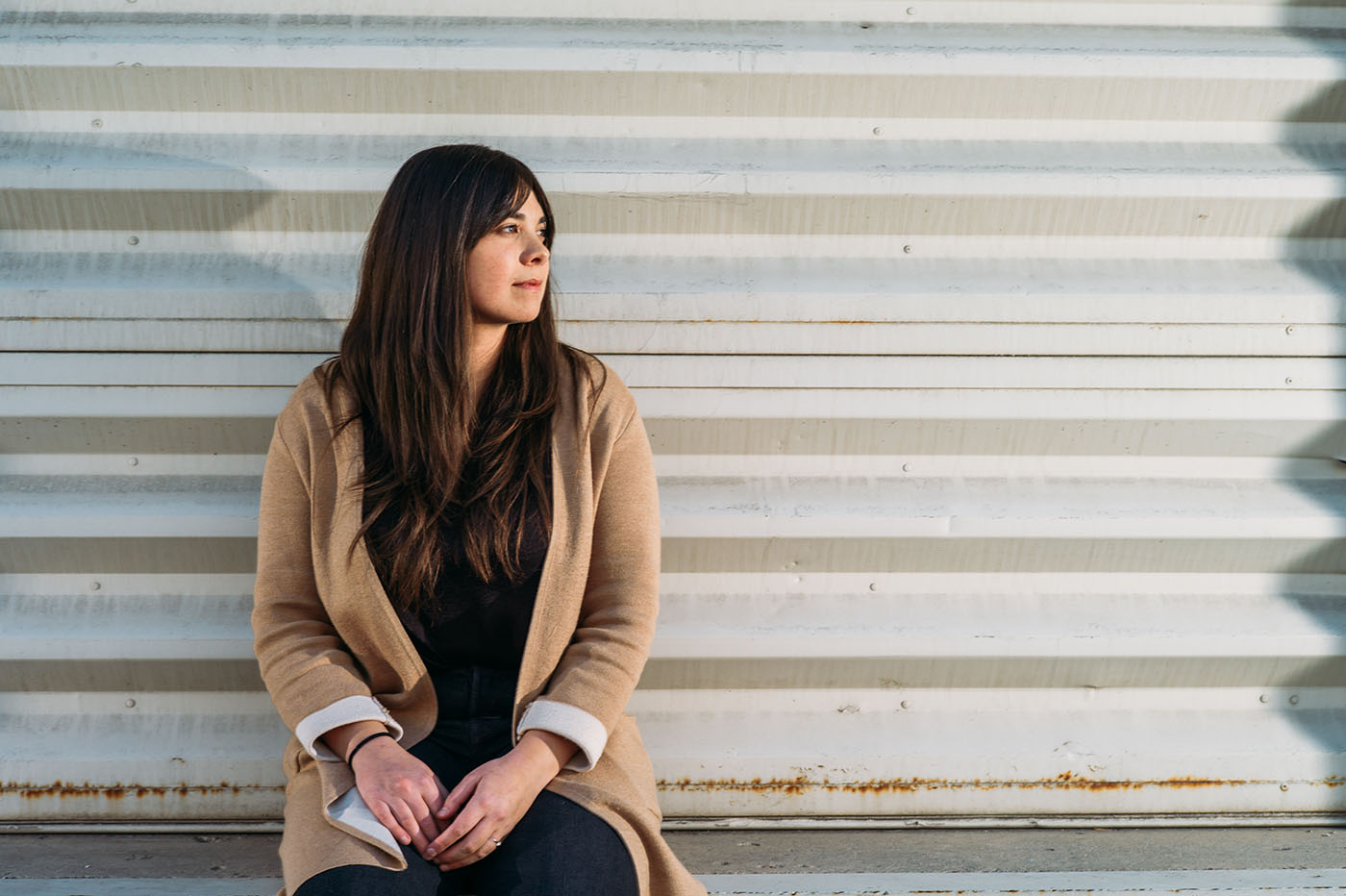 Marny Proudfit exudes a free spirit. She is someone who is strictly guided by her creativity and motivated by relationships. She never stops talking about inspiration, and it’s refreshing. Proudfit takes inspiration from artists such as Regina Spektor and Margaret Glaspy, and has created her own singer-songwriter, indie-rock sort of sound. Sometimes she’s whispering and sometimes she’s belting, but any way you slice it, she masters raw and moving sound.

Proudfit has figured out that taking the time to travel and cultivate deep relationships creates a spirited and successful artist. She’s spent most of her adult life moving around the U.S. and back home again to Utah, chasing visions of art and music. Where she’ll end up next is anybody’s guess, but we might  be lucky to keep her in Utah for a while. 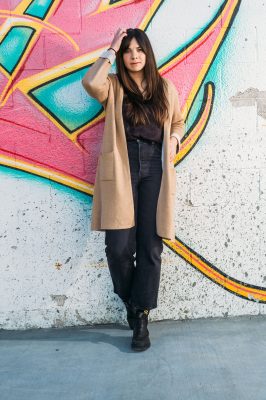 Proudfit grew up in Ogden and went on to attend Berklee College of Music in Boston for songwriting. While Berklee was a great time and a game-changer for starting musical relationships—including Ellis Tucker, the producer for her latest EP, The Crowd—it was meant for songwriters who wanted to write for other artists. Not seeing herself fit into that mold and wanting to be her own artist, Proudfit dropped out. She came home to Ogden for the summer and went back to Boston to meet with Tucker in 2013 to work on an album she wrote.

“Yeah ... it was really fucking cool,” says Proudfit. She called it The Barn because it was recorded in a barn in Pennsylvania, where Tucker is originally from. Proudfit and Tucker gathered up ten of the best musicians they could find to record the songs there in the barn. “There were just these weird moments of [realizing] ‘oh, these people are all here for me to make my songs come to life.’ And that’s like, really cool—it’s crazy to feel that important.”

"Looking back on all of that, it’s like [there’s a] line between being romantic and having that connection and then having a musical connection."

Proudfit and her team had poured so much into the record financially and emotionally that she felt it needed much more time and money to give it the release that it deserved, and thus delayed the release of The Barn until March of 2020. “I felt like, if I couldn’t do that then, I was kind of letting down everything that I’d built it up to be,” she says. Although, there was another reason Proudfit decided not to release at the time. “Most of the songs were written about Ellis because I was like, so in love with him at the time. But it wasn’t a romantic thing for he and I. Looking back on all of that, it’s like [there’s a] line between being romantic and having that connection and then having a musical connection. They’re both so passionate that I think it gets blurred so much of the time. You see that throughout history. A lot of the wires get crossed where they shouldn’t be.”

After recording The Barn, Proudfit seemed restless with her life in general. She had come home and thrown herself into a depression, mourning a loss she wasn’t expecting to have, dealing with other relationships ending and not really sure where to go from there. Barely 21 at this point, she decided to move to northern California in a cabin in the woods, where she spent some time depressed and searching. “The roads up there were super skinny, way up high, and there was a river that ran close to the town. One day I was like, ‘I’m going to drive off this cliff or I’m going to drive home.’ So I packed up my stuff and I drove home.”

“[That track] is so much about wanting to be somewhere that you’re not, like when I moved to the city just kind of, like, running away."

After moving back again, Proudfit was excited to meet her now partner Lex, finished up writing The Crowd, moved to LA and back, and then to New York and back. The Crowd was produced by Tucker, so they’ve come a long way in their friendship since 2013. “I literally was on the phone with him before I got here; he’s my best friend, and that’s really, really fucking cool. Our relationship is too valuable to compromise it with weird things,” she says.

The Crowd is named after the title track, “Wilco (The Crowd).” Wilco was playing at Red Rocks for two nights when Proudfit was around 19, and she wrote the lyrics while standing in the crowd there. “[That track] is so much about wanting to be somewhere that you’re not,” she says. “Like when I moved to the city just kind of, like, running away. Which is a common theme for Marny. It’s a little bit about being lonely when you’re in a sea of people, but also kind of like wanting to be that way.” She calls it “folksy, sad-girl music,” but she also laughs at that after she says it.

The Barn is available now on Bandcamp at marnyproudfit.bandcamp.com. From the stories she told me, it’s everything I wanted it to be and more. For Marny Proudfit, it’s clear that it’s not just about releasing or making a track record for herself as a musician, but it’s about doing what feels right, what her soul needs and chasing beauty through her sound. Make sure to tune in to Proudfit’s live performance on SLUG Mag’s Virtualized on November 20 on SLUG Mag’s Youtube channel at 8:00 p.m.