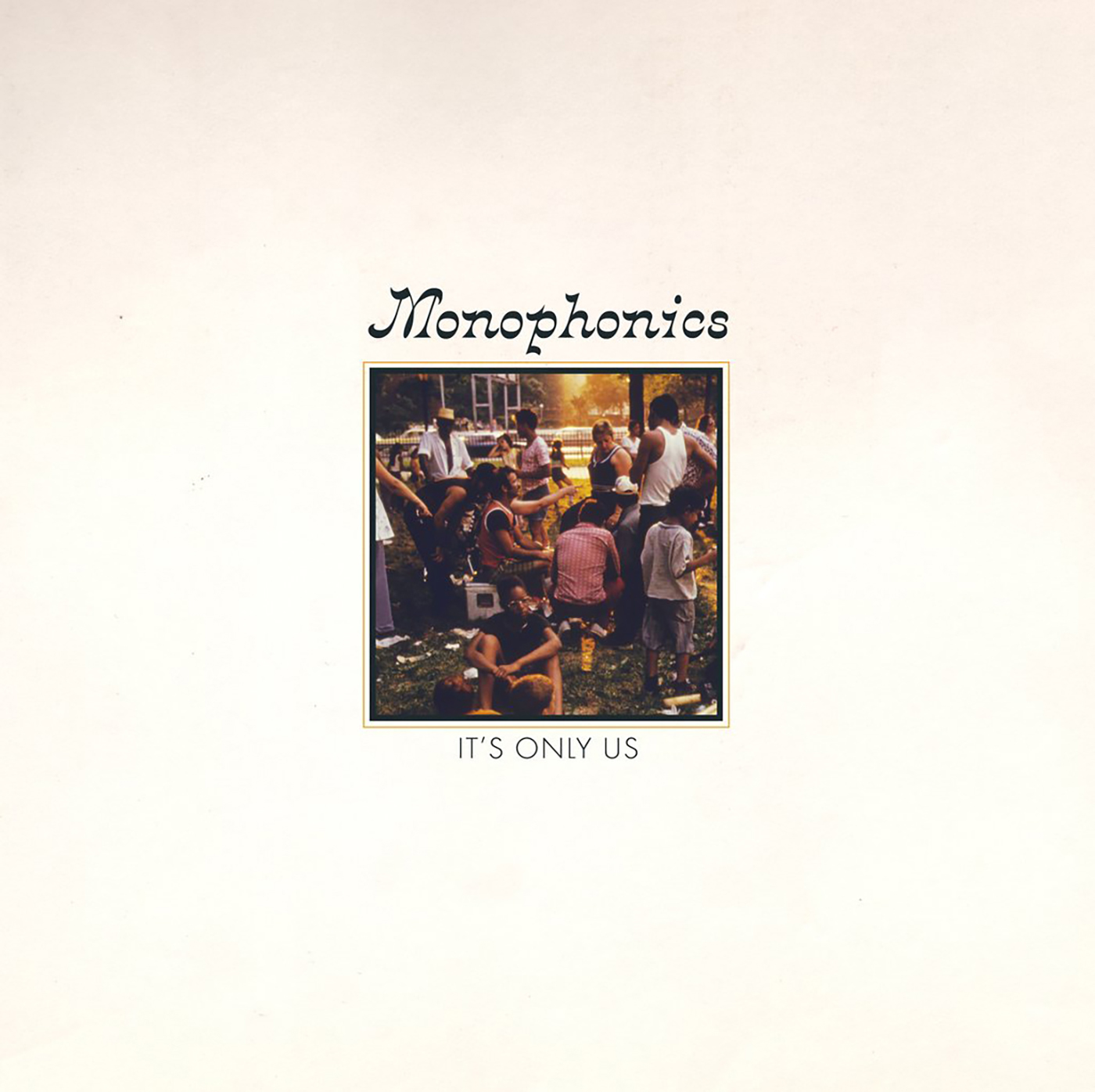 Monophonics | It's Only Us | Colemine Records

Review: Monophonics – It’s Only Us

Monophonics
It’s Only Us

To listen to Monophonics’ latest studio release, It’s Only Us, is to transport yourself into a world where everything is golden. A rich, yellow light is fading; warm, soulful jazz drips like honey into your ears; and everything you touch shimmers and shines. Originally formed in 2005 by merging five members of three different Bay-Area bands (Blue Lotus, Monophonics Orchestra and Mr. Callisto), Monophonics acquired lead vocalist Kelly Finnigan before releasing In Your Brain in 2012. On this offering and hereafter, the band held true to its soulful jazz roots while wading further into the realm of ’60s psychedelic funk. A true homage to the history of music made popular in their hometown of San Francisco, It’s Only Us maintains a timeless sound while simultaneously addressing contemporary political issues with a hopeful energy.

Every expertly delivered layer of It’s Only Us feels like a revelation in contrast to today’s hyper-automated world. The horns! The groove! The soul! The crisp, hip-hop inspired drums and gospel choir backing vocals! A retro, lo-fi texture adds to the vintage aesthetic of it all, and listening feels like good, clean fun—like watching reruns on TV-Land. Charismatic and groovy as hell, it’s the sort of record that would make me smile even on a bad day, not to mention the way the vintage photograph on the album cover and retro serif title makes my inner typography nerd drool.

The first track on the album, “Chances,” doesn’t hold anything back. Within the first few seconds of the listen, I’m plunged head-first into a world of up-tempo drums, groovy guitars and lavish, earnest vocals. Finnigan’s effortless range, rich vocal tone and soulful texture could not be more perfect for the psychedelic soul genre. Growling guitars, breezy flutes, strings, bass and bongos enhance—rather than overpower—one another. The title track is hidden in the middle of the record, and it’s a true stand-out with shimmering vibraphone and velvety, saturated horns. One minute into the song, the melody stops to make way for sweeping harp and Finnigan’s praiseful voice, a jarring progression that breaks up the album’s wavering, dripping haze.

In true psych-rock fashion, several tracks on the album serve as a commentary on the current state of the nation. Themes of mental health, gun violence and the general corruption of the justice system are hashed out through lyrics and melodies that import resilience and unity. “Run for your life, it’s a battle zone / Losing faith in the madness of our own,” Finnigan laments, continuing with the lines, “Kill each other for no reason, don’t know why / I’m good, you’re bad, you die.” Though addressing serious issues, the songs stay upbeat with cinematic melodies, making virtually every track perfect for easy listening in any scenario.

As a whole, this eight-track record leaves little to be desired. The members of Monophonics know what they do best and truly execute it well. It’s Only Us is moody and deep, a decadent listen with not one toe out of place. Refreshingly devoid of any hipster intentions, Monophonics aren’t trying to be anything other than what they are: the latest incarnation of soulful psych-rock and a damn good time. (The State Room: 03.27) –Mekenna Malan