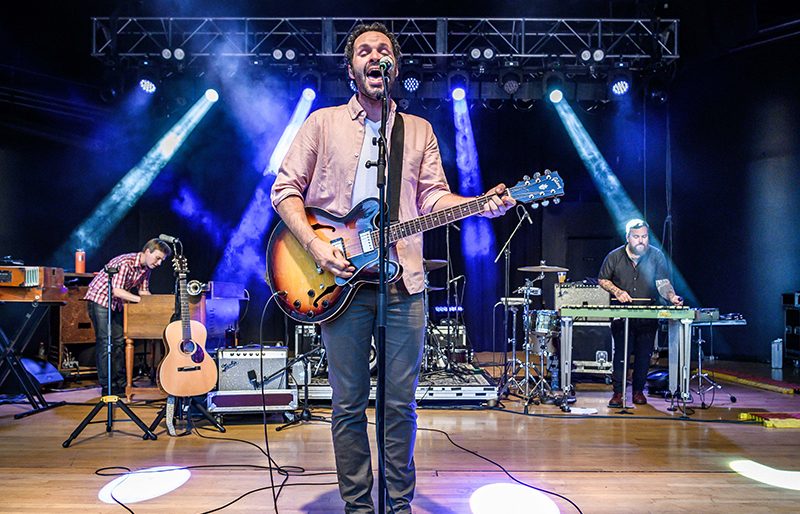 On another beautiful day in SLC, Blind Pilot fans began to gather in the bars and restaurants near the Gallivan Center for another edition of the 2019 Twilight Concert Series. While the hot summer sun started to tuck behind the building’s skyline, the shaded venue wasn’t a bad place to spend a thirsty Thursday. To soothe the crowds with cold drinks, the Gallivan Center had a supply of local beers and a bar that included a select few liquor options.

As people began to file into the venue, local act The Hollering Pines took the stage. The five-person band played the smooth genre of Americana. Even though it was a small crowd, everyone was nodding and dancing along.

Next up, a Canadian group of siblings and childhood friends: Foxwarren. With a busy summer of touring across the US and Europe, it was great to see them in SLC. Playing hits off their newly released album in 2018, they were the perfect fit to open for Blind Pilot.

Once the afternoon turned to evening and the temperature began to cool, the stage filled with smoke as the Oregon bandmates in Blind Pilot stepped into the light. The crowd at the Gallivan Center let out a roar as the widely beloved Blind Pilot began their set. Bathed in blue and green lights, they played their top hits and fan favorites into the slowly cooling night in the heart of SLC.