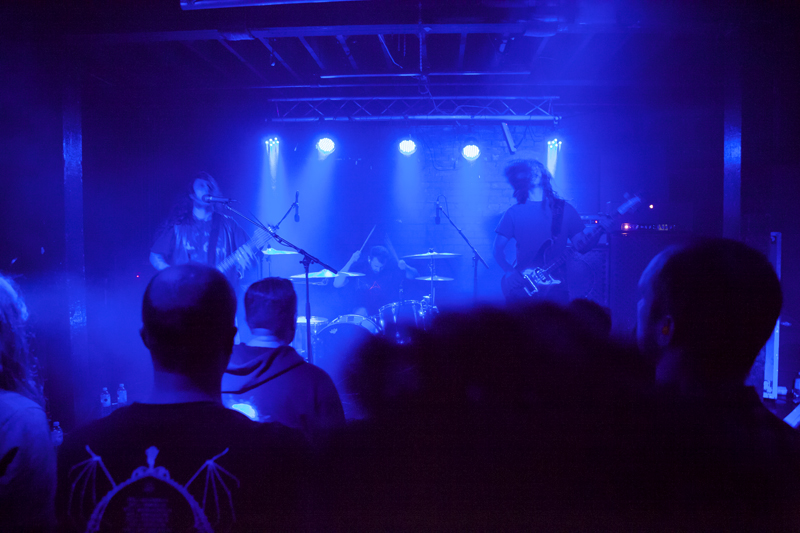 On the night of October 23rd, 2015, four amazing bands came together for a night of heavy metal and rock ‘n roll..

Huldra, a five-piece consisting of Scott Wasilewski on keys/vocals/cello, Levi Hanna on guitar and vocals, Eric Smith on guitar, Chris Garrido on drums and Matt Brotherton on bass and vocals, opened with an energetic set, getting the crowd in and setting the mood for the night. Huldra have been captivating fans in SLC for years and they always bring a lively set.

Worst Friends came up next, taking over the stage with their rock-fueled fury and intricate riffs. Jarom Bischoff and Mike Cundick‘s ear-splitting screams filled the air. Elliot Secrist‘s jazzy bass riffs hit with heavy soul. These guys know how to make rock ‘n roll. All of the members of this lineup have had a big influence on Salt Lake City bands and each have become legends in their own right.

Black Cobra, a two-piece from California’s Bay Area, comprised of former member of Acid King, Rafa Martinez, and former member of Cavity, Jason Landrian, forged in 2001. They have been crushing eardrums ever since. Rafa plays with intensity and stamina, while Jason’s relentless guitar riffs bludgeoned the soul. They played a vigorous set with fast heavy riffs and had killer tone for a two piece, and kept the crowd entertained.

YOB brings the evil whenever they play live. Their spaced-out stoner riffs combined with Mike Scheidt‘s grisly vocals takes you on a cathartic journey with lengthy heavy songs. Plenty of fans showed up to take a ride. Along with Scheidt is Aaron Rieseberg (also a member of the band Norska) on bass, and drummer Travis Foster. Together, this three-piece creates mesmerizing and evil riffs and takes the listener to the depths of the distant corners of the dark universe.

All in all, the night was a success! Plenty of people came out for support and everyone had a good time. How could you not? It was a heavy as fuck, rock ‘n roll kind of night. Each band brought something different but all meshed together so well, keeping fans entertained and captivated. If you haven’t heard any of these bands, I suggest you open another browser right now and hear some new favorite bands!