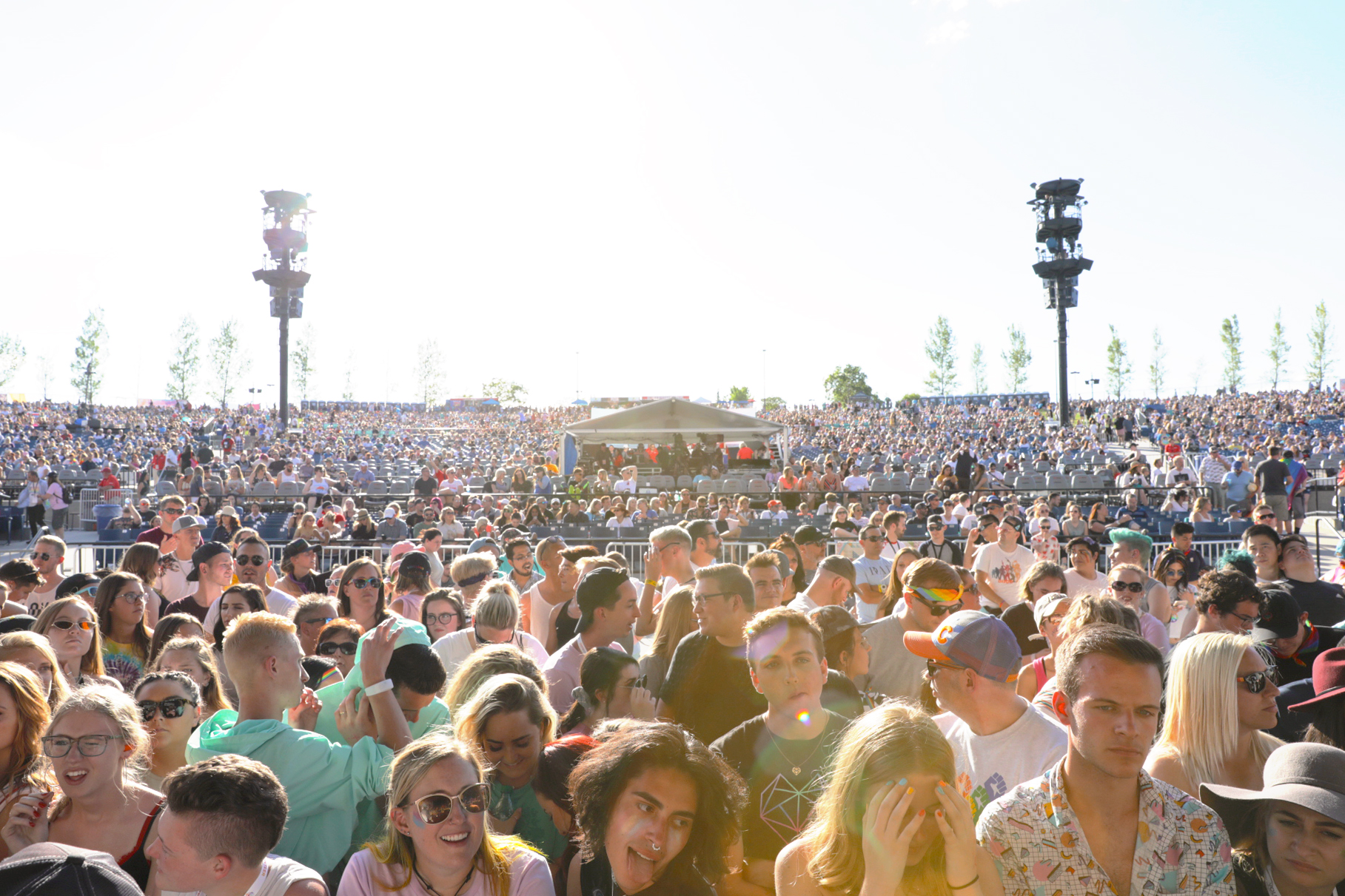 The Loveloud Foundation put on their third-annual music festival as it moves to a new location at USANA Amphitheatre. Loveloud aims to bring together the LGBTQ+ youth in the state of Utah and aspires to expand indefinitely. Their main goal is to promote acceptance and bring awareness to the issues inside of the community such as suicide and how to conjure self-love. Founder Dan Reynolds, front man for Imagine Dragons, created this movement in 2017 . While addressing the crowds at this event, he shares why he decided to dedicate himself to this cause. He mentions a ring that he wears on his finger that reminds him of his fans who lost their child to suicide. He says that will use his platform to spread a message of love and lend support to LGTBQ+ youth.

Loveloud kicks off in the early afternoon and crowds start pouring in. Two stages make up the event’s featured entertainment areas, as the main stage hosts the main musical acts such as PVRIS, Daya, K. Flay, AJR and Kesha. There is a middle stage just in front of the grassy rear and acts as mid-set entertainment with guest musicians, drag dance numbers and special speakers that take to the mic to address the audience and share their talents, passions and stories. Hour after hour, with people either migrating to and from the ever-changing shade coverage or braving it out and plopping down in their spot and soaking in the sun, the energy and the positivity that was palpable in the air from start to finish.