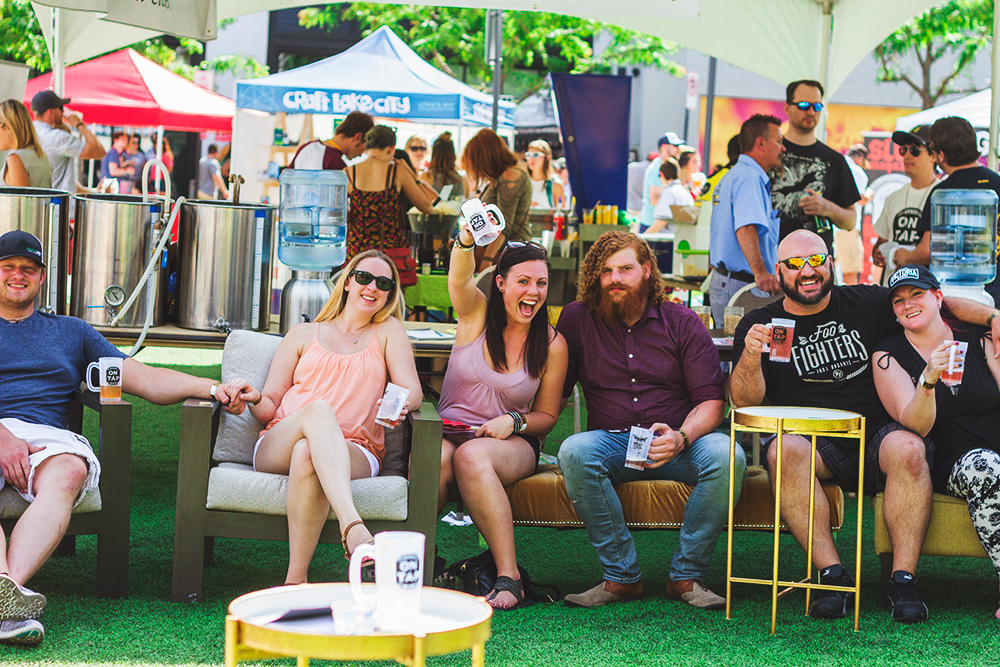 As the tides begin to turn in favor of craft brewers worldwide, it can become overwhelming at times to decide on what your next go-to brew will be. All that changed on Saturday, July 1, when SLUG Mag On Tap gathered crowds of beer drinkers and brewers together for a 100-percent Utah-brewed beer festival benefitting the Utah Brewers Guild. Featuring some of the more seasoned beer brewers we all love and know alongside the up and coming craft beer connoisseurs, this event provided attendees with a chance to experience the unknown. From every corner of Utah, brewers gathered at The Gateway in downtown Salt Lake to show us what they do best. As we passed from booth to booth, we experienced wave after wave of flavor and talent pouring out of the taps and into our complimentary mugs. The 4-oz. sample pours were the perfect amount to get us excited about the brew and spill out more tokens for a full-size pint later on. If there is one thing for sure that this event has proven, it’s that Utah is no longer the overlooked, “near beer” state—Utah’s beer scene comprises some of the best in the nation. That euphoric moment when you touch that cold Utah craft brew to your lips is part of what it means to be in the Beehive State. Welcome home.