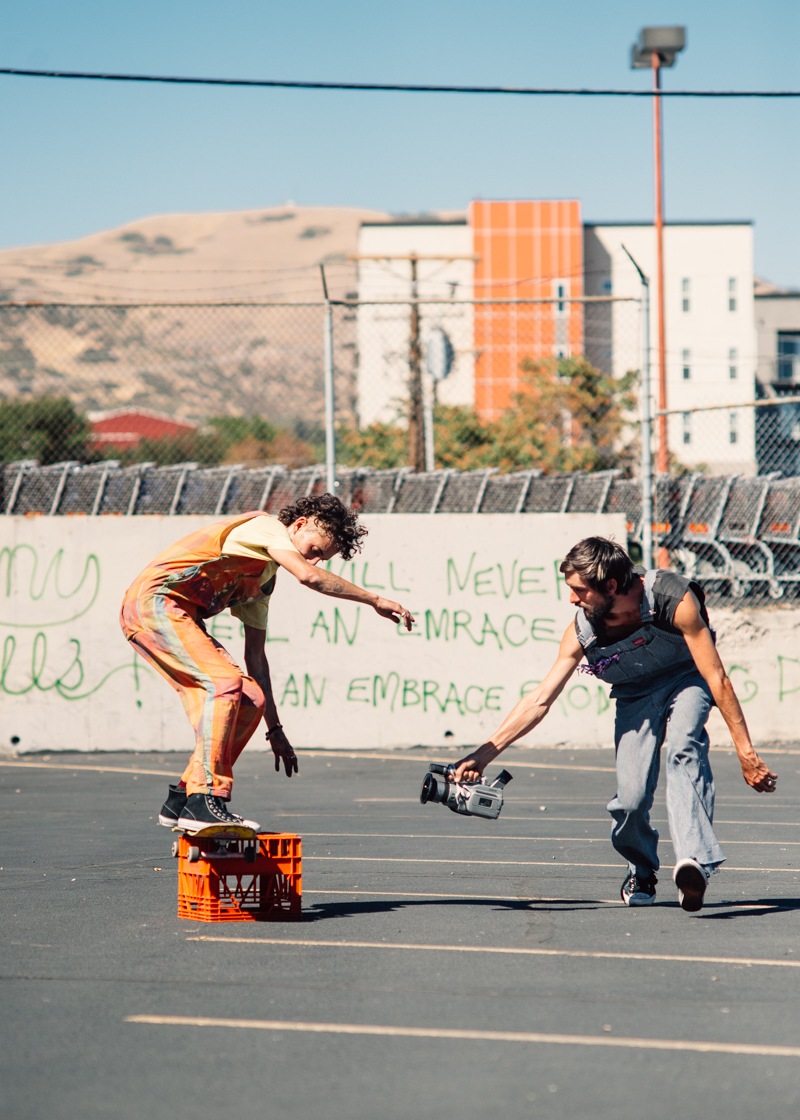 Willy films Joey Sandoval as he powerslides with a crate. Photo: Niels Jensen

Roughside of the Lens Presented by Monster Energy, Half and Half Skate Shop and Roughneck...

A word of warning: What you are about to view only represents a fraction of the insanity that went down for the Summer of Death Skate Contest: Roughside of the Lens, Presented By Monster Energy, Half and Half Skate Shop and Roughneck Hardware. With 15 teams fanning out across the Salt Lake Valley, it was impossible to cover all teams at all locations. This should provide all the reason in the world to make sure you are at the final unveiling of the video parts and award ceremony, held on Saturday, Nov. 19 at 7 p.m. at the University of Utah Post Theater.

Eric Ferguson, Salt Lake City filmer and skater (After Dark Skateboards) is taking on the gargantuan task of compiling and editing all of the day’s footage into what will be something Salt Lake hasn’t yet experienced in the realm of skate contests. Based on the All City Showdown, which has been done in other cities, each team had 8 hours to attack the city. Keeping it street-oriented was a high priority, so everyone had to keep a creative mind, push themselves to do tricks on spots where a lot of tricks have already been done, and do it all on the clock.

I was able to meet up with four to five teams and catch a sliver of what will surely be an incredible local skate video document when all is said and done. Teams were young and old, standard and outside the box, and everything in between.  It was great to see so many from the local skate community together at registration and throughout the city when they would run into each other. A lot of effort was put into the contest from the teams, who made it out from Ogden to Provo.

Johnny Roughneck showed up as his usual self, hyping the crowd before everyone went out for the day. An impromptu award of three cases of Monster Energy drinks went to Dan Hadley as he answered Johnny’s call to no-comply over the cases in the middle of the road. All in all, the day was a success—and the great part is that we still get to look forward to the footage and awards. Stay tuned. –Niels Jensen